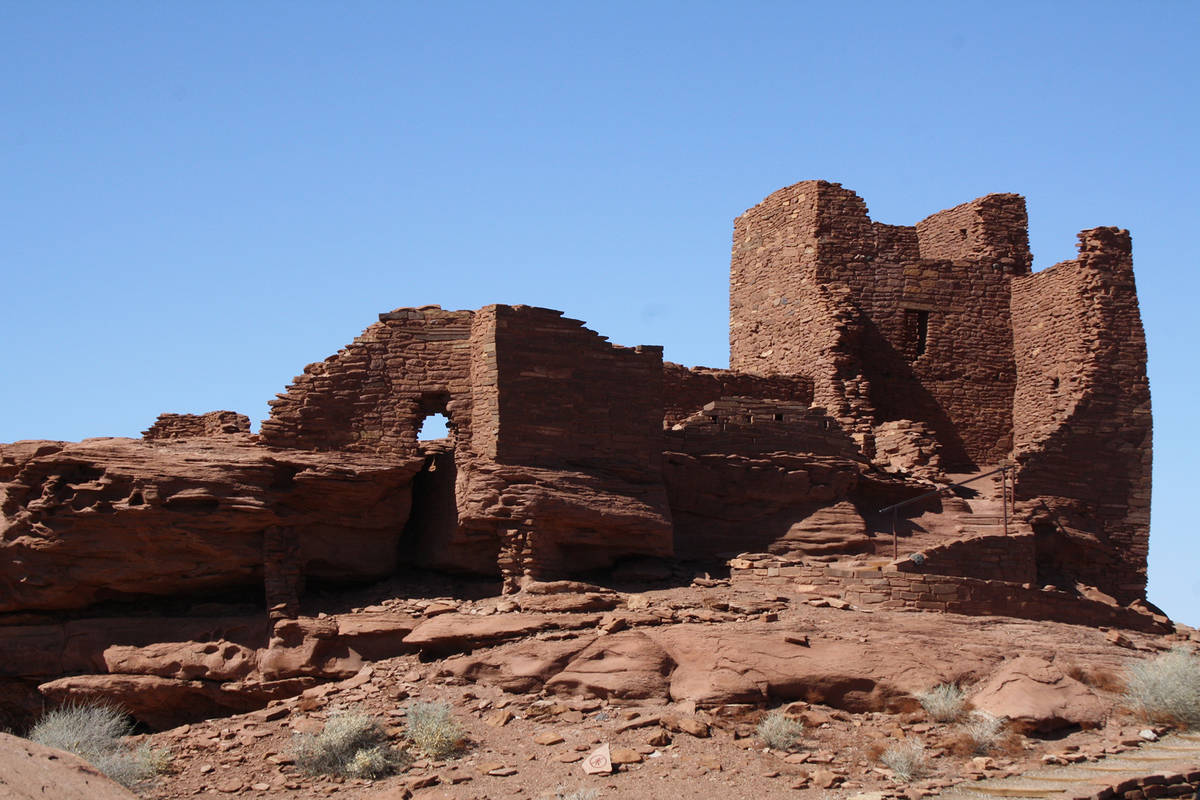 (Deborah Wall) Wukoki Pueblo, one of the best preserved pueblos in Wupatki National Monument in Arizona was most likely a home for two to three prehistoric families from 1120 to 1210. Wukoki, is a modern Hopi word for “Big House.” 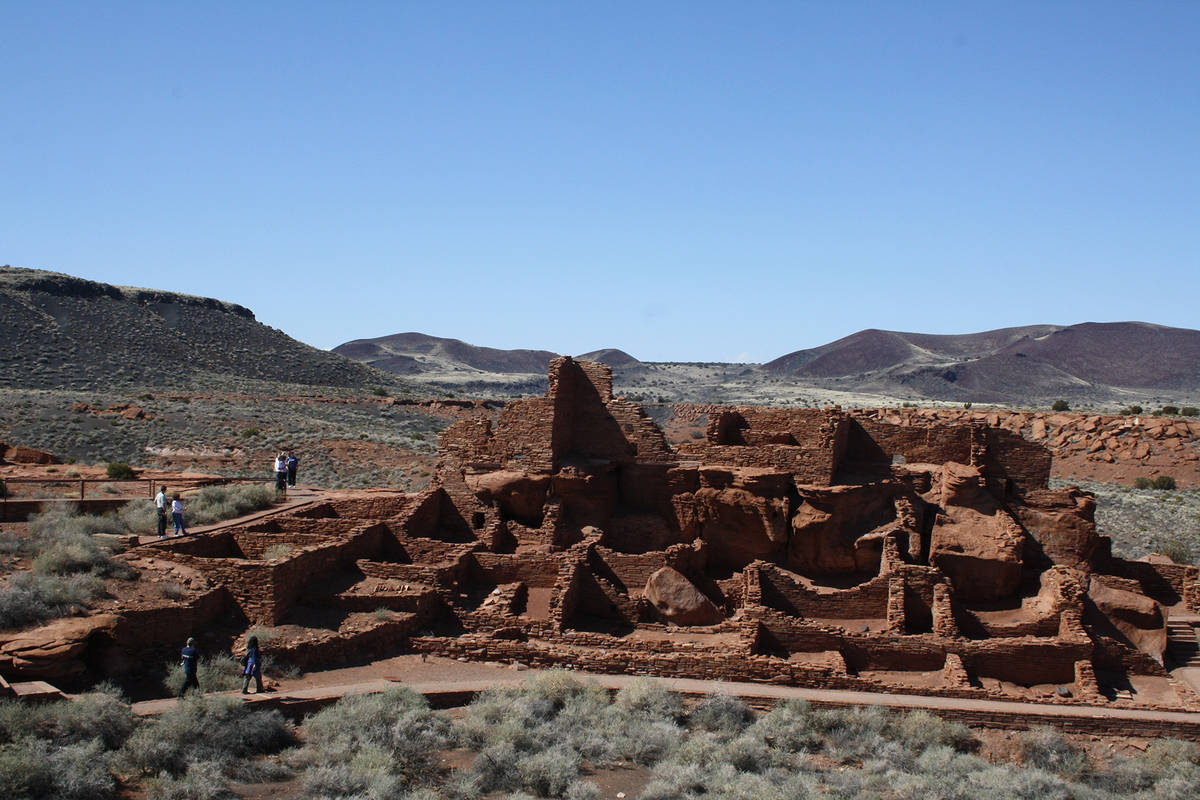 (Deborah Wall) Wupatki Pueblo is one of the highlights for visitors at Wupatki National Monument. The park is about 45 minutes east of Flagstaff, Arizona. 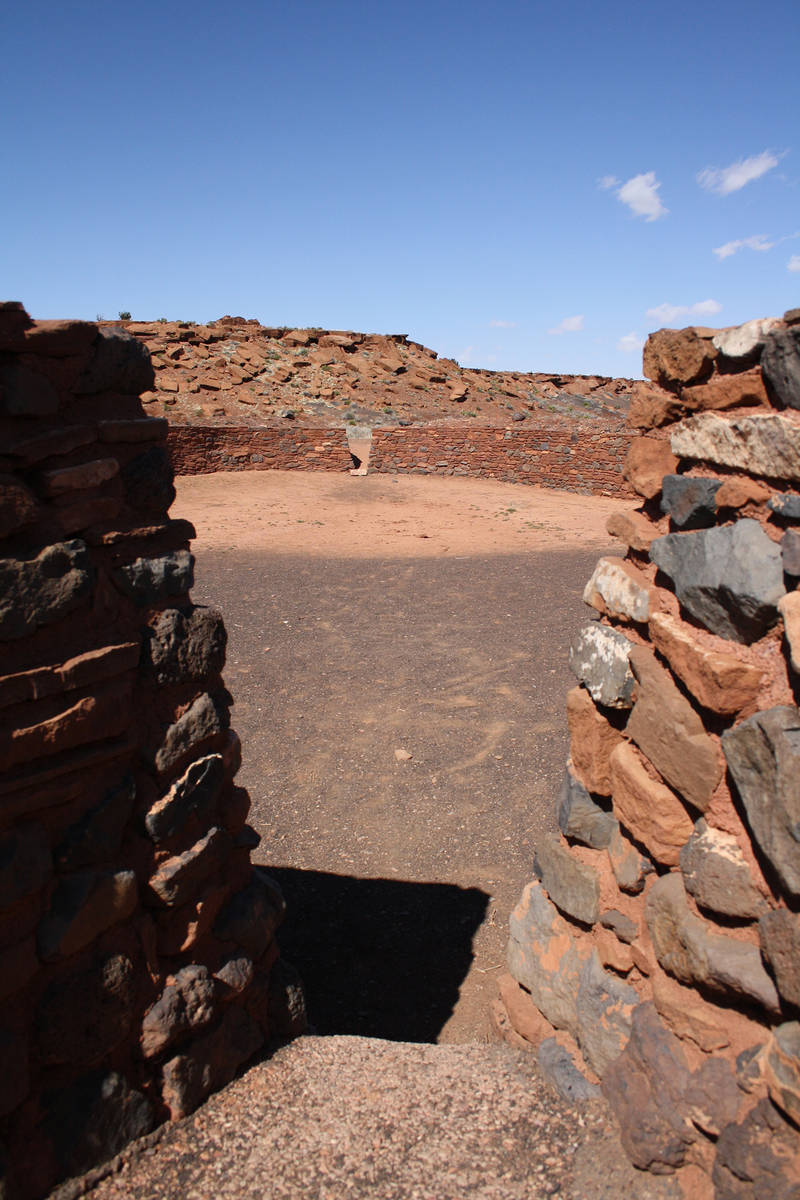 (Deborah Wall) The ceremonial ball court at Wupatki National Monument in Arizona is 102 feet long and 78 feet wide, with 6-foot high walls and an opening on each end. 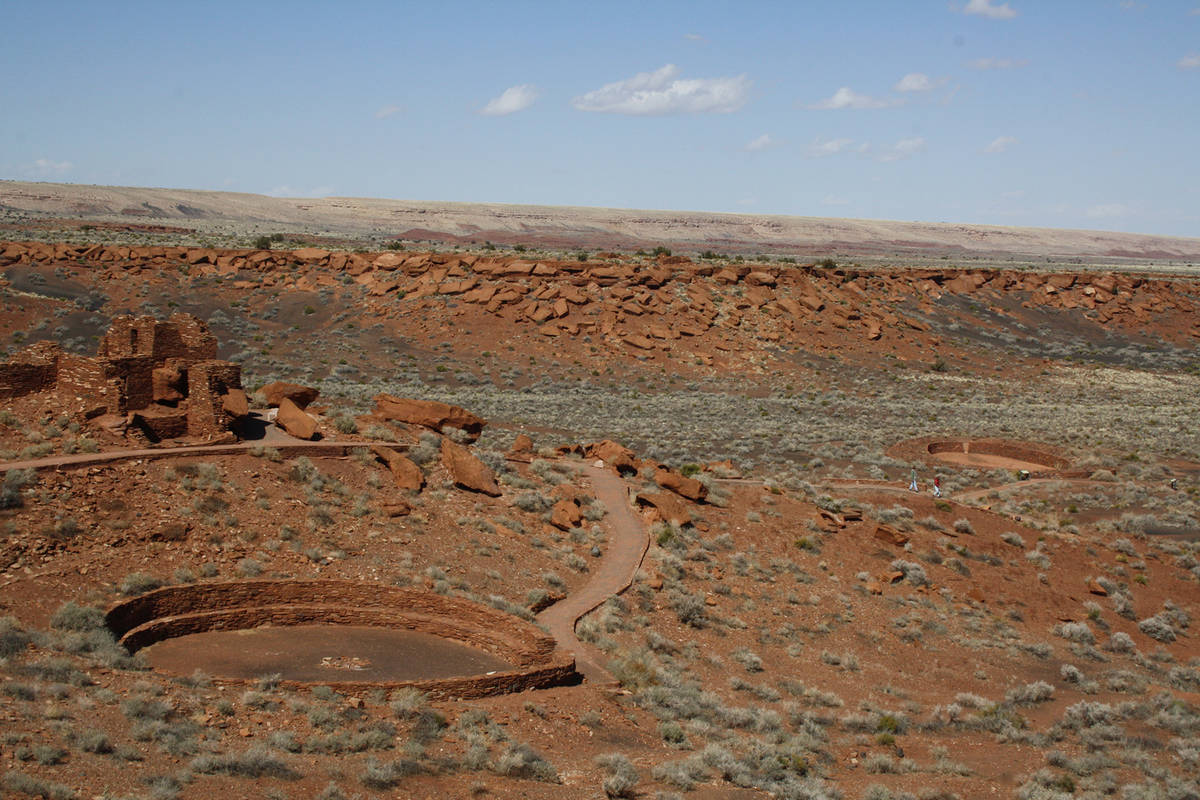 (Deborah Wall) The community room and ceremonial ball court are located just a short walk downhill from Wupatki Pueblo. The national monument is about 45 minutes east of Flagstaff, Arizona.

The monument’s most visited sight is Wupatki Pueblo, one of the finest ancient sites in the region. This village is associated with the Cohonina, Sinagua and the Kayenta peoples, all thought to be ancestors of today’s Pueblo people. A self-guided tour, over a half-mile loop, is the way to get to know the pueblo and the surrounding grounds.

This pueblo was built on a rock outcropping of red sandstone. It is thought to have started out small, perhaps as early as 500 A.D. After a volcanic eruption of what now is called Sunset Crater about 21 miles away, the settlement grew. This was due to the ash being sprinkled around this area, which helped keep the moisture in the soil, making it better for growing crops.

The people grew about half their diet in such crops as corn, beans and squash; they also gathered wild plants and hunted wildlife, including pronghorns, deer and small game.

Toward the end of the 12th century there were thousands of people farming in the region and many moved into Wupatki Pueblo. At one time the pueblo grew into a regional center for trade, ceremony and crafts. The pueblo was occupied by hundreds and it grew to three stories high with more than 100 rooms. It was at its largest from about the 1180s to 1225. By 1250 the people moved on. Experts can only theorize why the pueblo was abandoned around this time. Was it because of a drought, disease or social problems, or maybe a combination of them?

The ruins were designated a national monument in 1924 and the place was partially excavated and much of it stabilized.

Walking down the hill past the pueblo you will find two round structures: the ceremonial ball court and a community room. While ball courts have been found in Arizona, this one is unique because it is made of stone masonry. The court is 102 feet long and 78 feet wide, with 6-foot high walls and an opening on each end.

Nearby is a natural blowhole. This was formed from a natural fracture in the earth. When the air outside heats up, as in summer, there is a strong blast out of the ground, with enough force that if you have long hair it will fly straight up in the air. The park has a safety grid over the hole.

There are other archaeological sites worth seeing in the park, including nearby Wukoki Pueblo. It’s one of the best preserved and was thought to be occupied from 1120 to 1210.

The closest campground is Bonito, about 20 miles away and at an elevation of 6,900 feet. Visit www.fs.usda.gov/coconino for more information. Nearby Flagstaff has full visitor services; more information is available at www.flagstaffarizona.org.

All trails and bathrooms are open at this time but due to COVID-19 the visitor center remains closed. Be sure to bring food, plenty of water and hats for everyone, as the area offers little shade.

Wupatki National Monument is on Mountain Standard Time year-round although the bordering Navajo Reservation operates under daylight savings and will be one hour ahead during Daylight Savings Time. Currently, the park is open from sunrise to sunset year-round except New Year’s and Christmas.