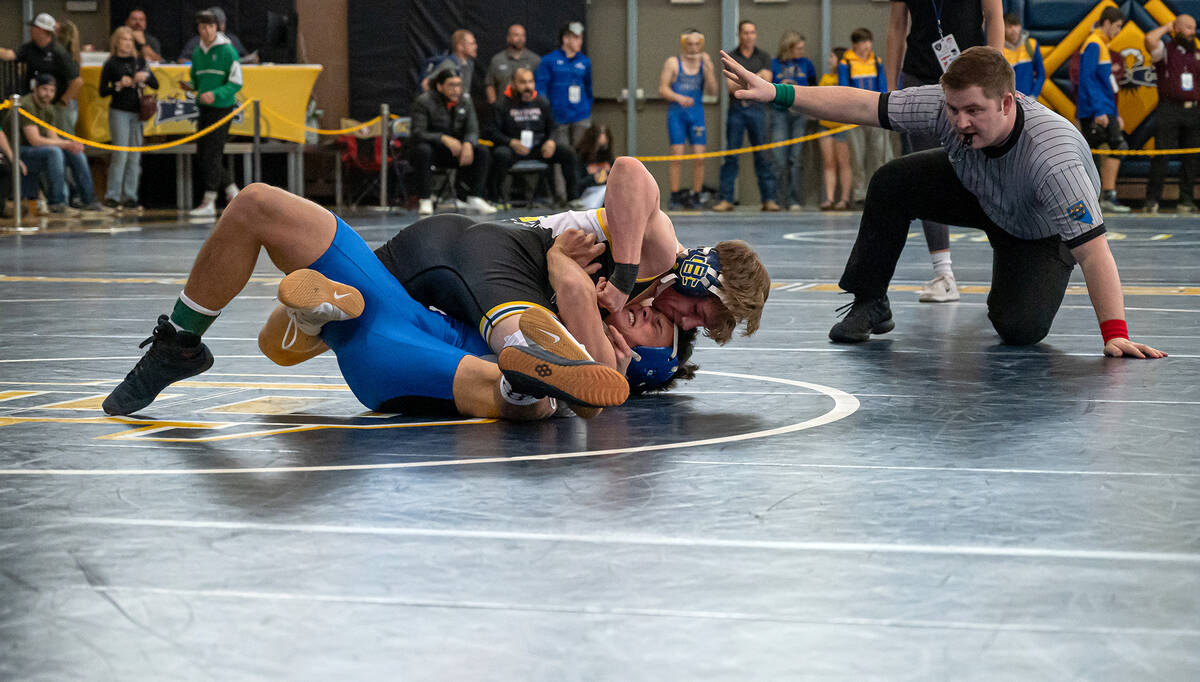 The Boulder City High School wrestling team placed third at the 3A state meet on Saturday, Feb. 19, finishing its season as the top Southern Nevada team.

The Eagles hosted the tournament at home and finished with a team score of 108.5 points, led by individual junior champions Hunter Moore (160-pounds) and Tyson Irby Brownson (195-pounds).

“I’m extremely happy and proud of our team,” Moore said. “We had a lot of guys at state, but other teams had more than us. I think that we all wrestled our hearts out and put everything we had into our last matches.”

Northern Nevada programs Elko (145) and Spring Creek (142.5) finished first and second respectively, while Virgin Valley was the next highest Southern Nevada finisher, coming in at sixth place with 94.5 points.

Moore pinned Churchill County’s Steven Moon in the finals and was crowned the champion in his weight class.

“Frankly, winning state was an accomplishment that I have dreamed about for months now,” Moore said. “I’m still so excited about the outcome of my match and so very happy to now be a state champion.”

“When I won state, I really didn’t even comprehend that I won, until I went over to my team and they started congratulating me,” he said. “It was the coolest experience ever.”