Ladd Cox, a senior star at Boulder City High School, emerged as the individual champion in the 170-pound division at the 3A Southern Region wrestling tournament, leading the way for the Eagles.

Making his way to the finals, Cox picked up a majority decision victory over fellow Eagle senior Cade Cowley. Cowley finished as the region runner-up.

”It feels good to end my last regional tournament with a win,” Cox said. “This win definitely gives me the confidence I need to improve more each day leading into state.”

Cox and Cowley are two of six Eagles making the trip to state. They will be joined by seniors Curtis Brown, Jason Krumm and Rafe Escheveria and freshman Tyson Irby Brownsen.

The Eagles placed fourth as a team with an overall score of 120 at the tournament held Friday and Saturday, Feb. 7 and 8, at Chaparral High School.

“I think we did well overall as a team,” Cox said. “We have a few things to work on, but everybody wrestled hard.”

Brown, Krumm, Escheveria and Brownsen all made it to their third-place matches but were unable to come away with bronze at regionals. Now they are focused on what lies ahead at the state competition.

“I think I performed well but I know there are things I definitely could have done better,” Brown said. “I do plan on making many adjustments for state. I plan on reviewing and working on the mistakes I made in my regional matches and I plan on working harder to increase my performance for state.”

Brownsen will be the lone underclassman in the Southern Region competing at state.

Motivated by class of 2019 Eagle alums Jimmy Dunagan and Ryan Vanario, who won individual state championships last year in their weight classes, Cox said he hopes to add his name to the long list of Eagles greats who came before him.

Brown’s primary task will be trying to continue his family’s wrestling legacy at Boulder City High School, hoping to follow in the footsteps of 2017 alum Jimmy Brown, who finished as the state runner-up while Curtis was a freshman.

“Seeing my brother do as well as he did at state my freshman year definitely motivates me,” Curtis Brown said. “Jimmy is one of my biggest motivators when it comes to wrestling and he helps me to wrestle at my best.”

Prepared to get out on the mats one last time this season, and for a majority their last times as Eagles, the 3A state tournament will start Friday, Feb. 15, and continue Saturday, Feb. 16, at Virgin Valley High School. 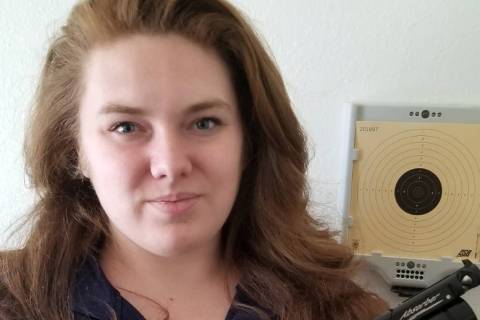 Boulder City’s first female Olympian is still training despite the 2020 games being postponed.

Ethan Speaker, Boulder City High School’s boys basketball star, was named to the All-Southern Nevada boys basketball team after establishing himself not only as the top player in the 3A classification, but one of the best in Nevada.

Senior guard Keely Alexander, who had a breakout season for Boulder City High School girls basketball team, was named to the 3A all-state first-team for her efforts in guiding the Lady Eagles to a 17-9 record.

On March 12, members of Boulder City High School’s baseball team were packing their bags en route to a 3A contest at Mojave High School when head coach Ed McCann received news that the game had been canceled. Now, because of the pandemic known as COVID-19, their season, along with every sports program in the state, has been put on hold.

Taking a one-run game into the top of the fifth, Boulder City High School’s baseball team exploded for 15 runs in the final two innings against Valley on March 11, routing the Vikings 16-1.

Returning as seven-time defending 3A state champions, Boulder City High School’s girls swimming team will have a target on its back this season. 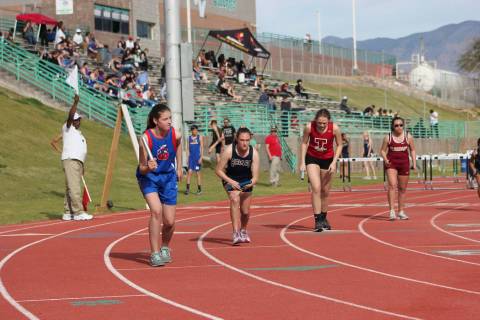 Boulder City High School’s girls track team finished third at the Bulldog Early Bird Invitational on Friday, getting off to a strong start this season. 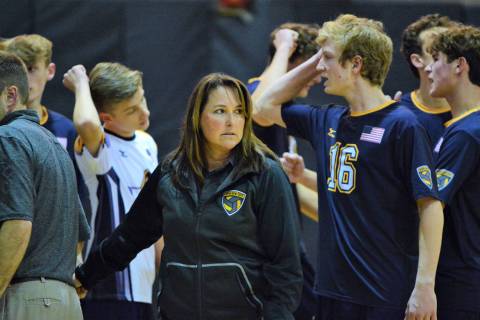 The boys volleyball team from Boulder City High School is looking for redemption this season after finishing last season a game away from the 3A state title game. 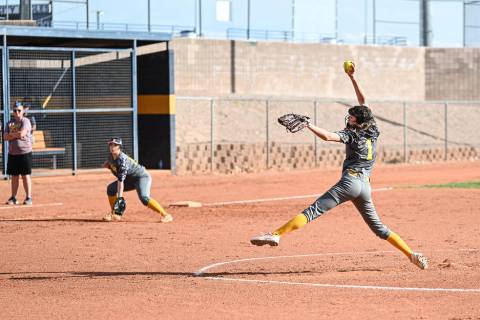 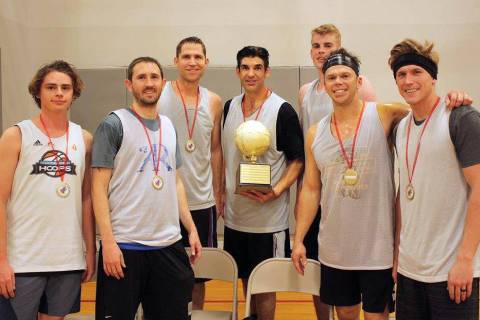