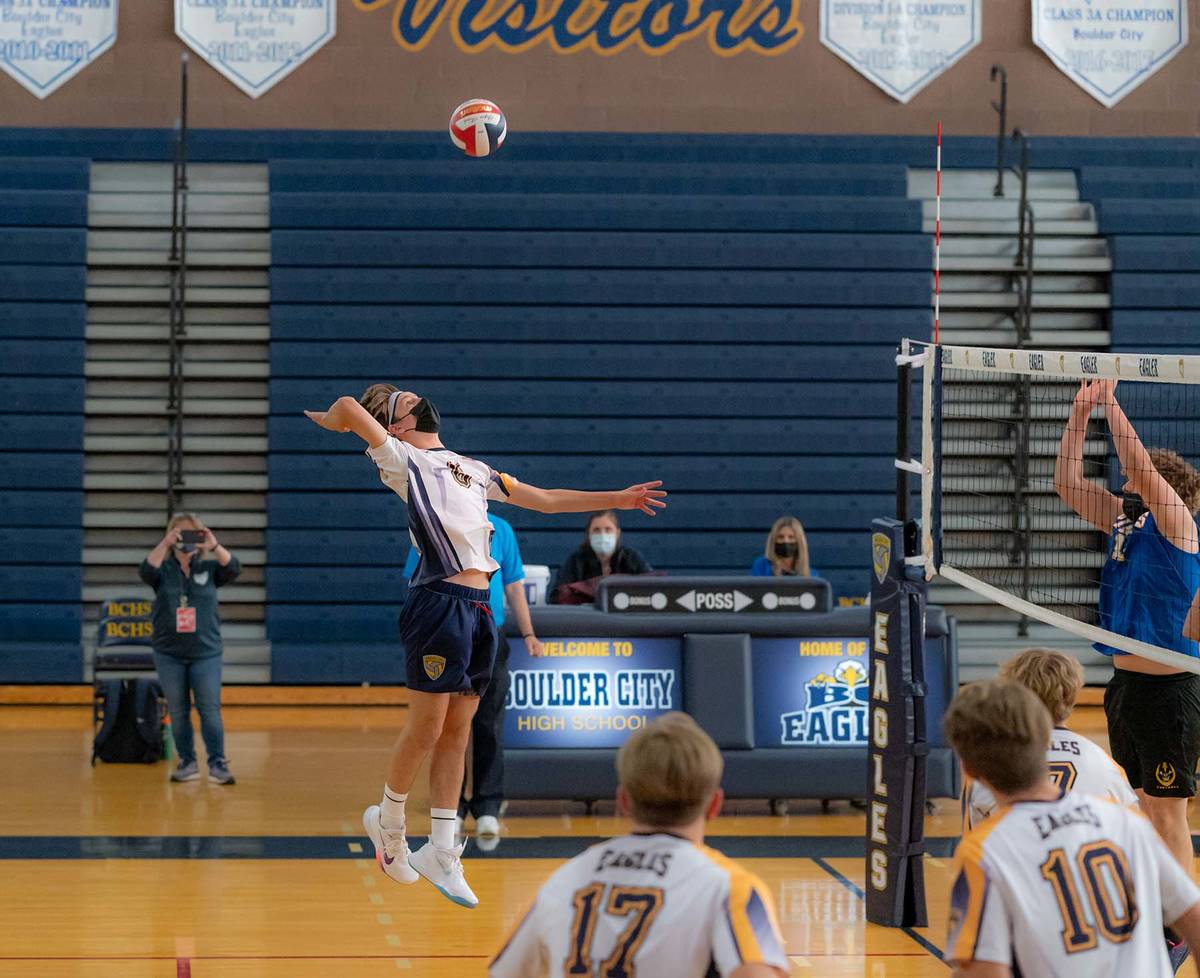 The Eagles continued their hot start to the season, routing both Chaparral and rival Moapa Valley 3-0 on Saturday, April 24, after a pair of routs the first week of play. The team has yet to drop a set this season.

“I thought we played very well,” coach Rachelle Huxford said. “Chaparral played us really well, I thought, and although this is Moapa Valley’s first season, they had a lot of athletes on their team. These were really good wins for us.”

“I was very happy for Toby,” Huxford said. “This was our senior night for him and he played incredibly.”

Traveling to Amplus Academy for a doubleheader Saturday, the Eagles will take on the host Archers and Clark, in what should be a solid test.

“Clark has a solid offensive attack, so it will be interesting to see how we stack up defensively,” Huxford said. “I’m looking forward to the challenge and hopefully having a great match.”