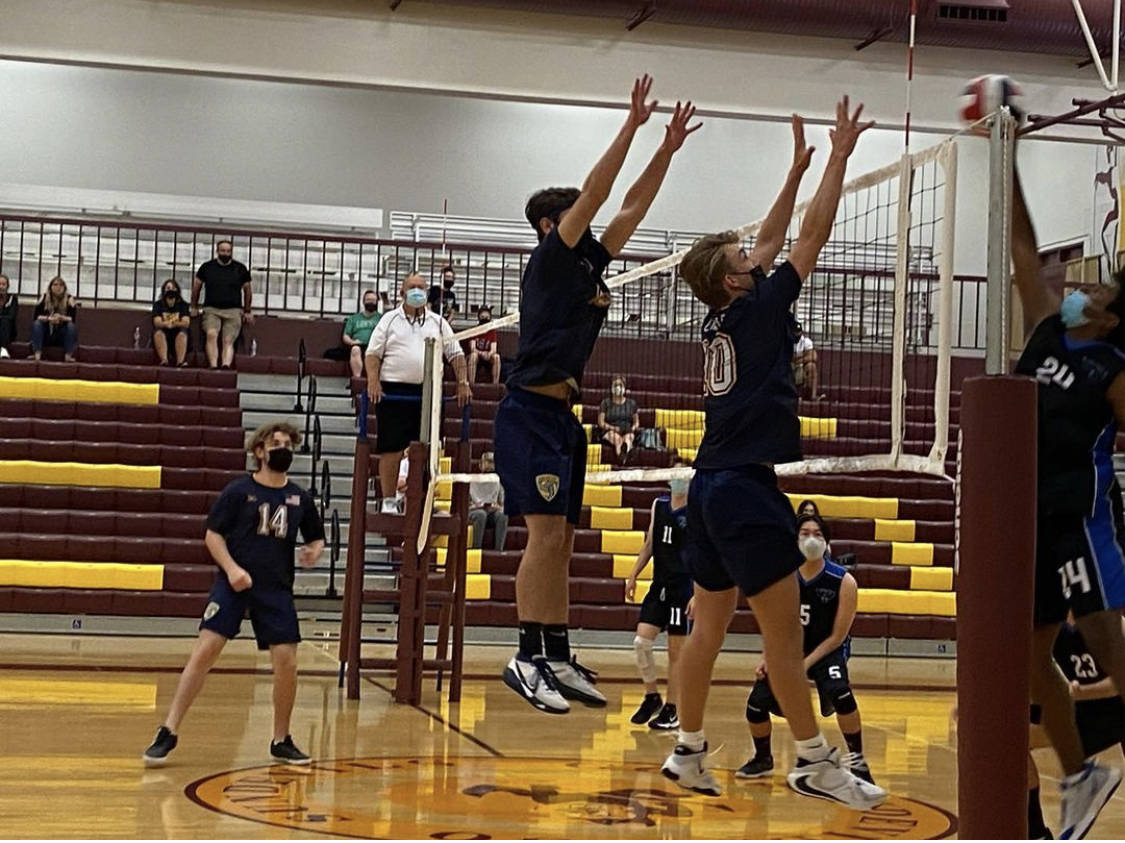 “It’s an amazing feeling to finish the regular season undefeated,” said head coach Rachelle Huxford. “I’ve been surprised all season by how well this group has played and came together. Coming into the year, there was a lot of unknown. We graduated a lot of key players and only had a few varsity returners. These boys have all stepped up and played great all season long.”

“This is a really deep group of boys,” Huxford said. “We have a lot of talented players who can all contribute. It’s become a real team effort.”

Playing one of their best defensive games collectively, Kenny Rose added six digs, along with 30 assists.

Starting their playoff journey tonight at home, the Eagles have already made history with an undefeated season. Now their eye is on the ultimate prize of a regional championship.

“To win our first championship would be amazing,” Huxford said. “I really feel like last year’s group, before the pandemic hit, had a really good chance to accomplish that. These boys have worked hard all season long. They’ve come together as a team, they jelled well, sacrificed together, now it’s (time) to put it all together and finish strong. We know there’s a target on our back going into the postseason and I believe the boys will be ready.”