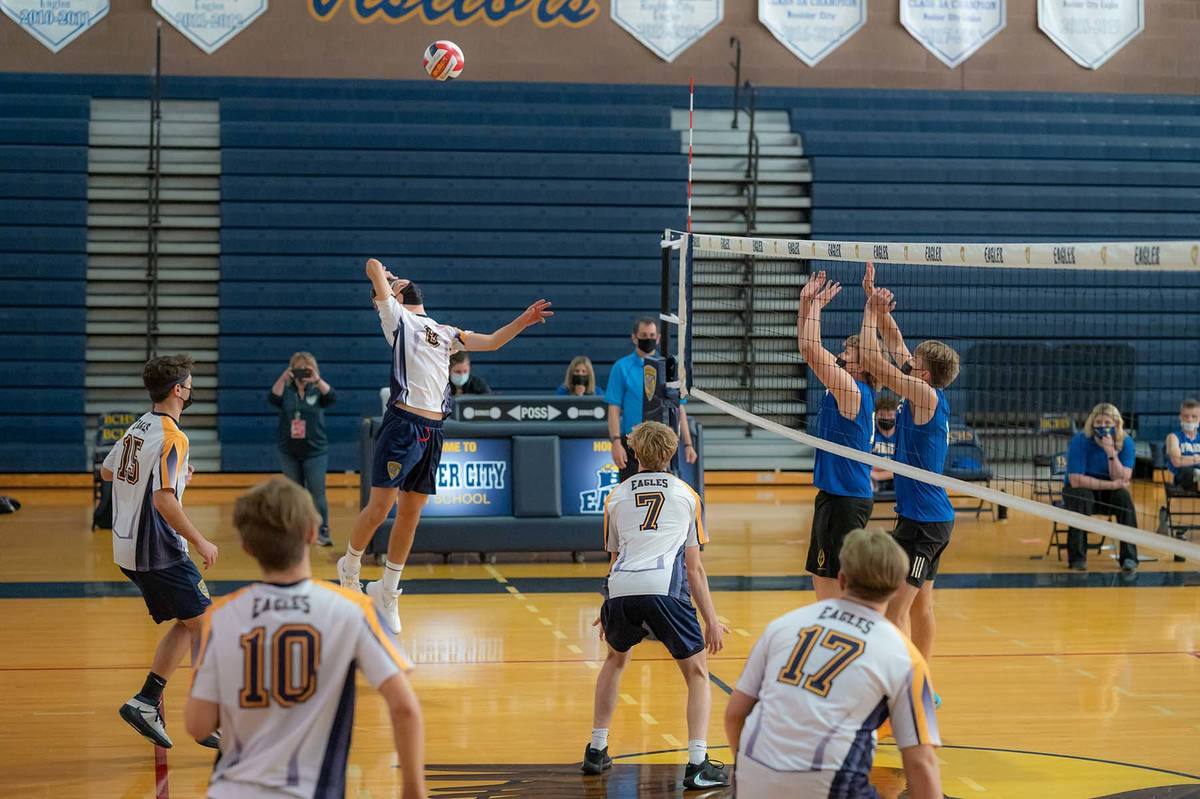 “I’m very pleased with how the boys are playing,” said head coach Rachelle Huxford. “Everyone is getting involved and this has really become a team effort.”

“Tyler Lemmel had a really good day,” Huxford said. “Our entire team did, especially on defense. I thought we did a great job staying active.”

Junior Kenny Rose fueled the winning effort with 26 assists, while being a terror on the defensive end for the Eagles with 11 digs and two blocks.

Facing their toughest challenger of the season in their second game of the doubleheader, the Eagles defeated Clark 25-11, 25-22, 25-8 in what Huxford called a defining win.

“This was probably the best team we’ve faced up until this point and the boys were ready,” she said. “We got lost a little bit in the second match, but then we’re right back on it in the third match. It’s hard sometimes when you play inexperienced teams, you tend to play to your level of competition. Clark was an experienced team and this was a win we needed.”

Looking to remain unbeaten, the Eagles will travel to Eldorado on Saturday, May 8, where they play Eldorado and Coral Academy.