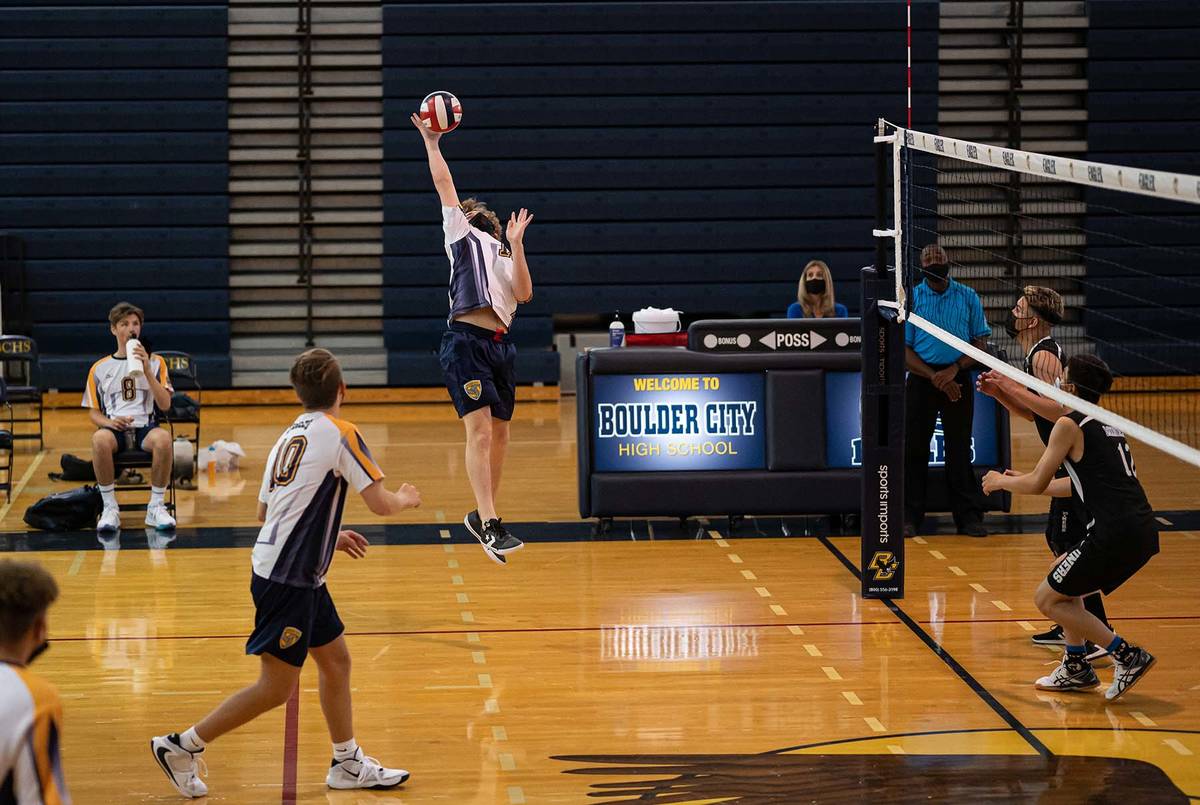 “The boys went out there and did a great job,” head coach Rachelle Huxford said. “They played with a lot of confidence, which is great given how young and inexperienced we are as a team. Everyone stepped up and did their jobs.”

Starring in their varsity debuts, sophomores Tyler Lemmel and Gavin Kesler were the top point earners for the Eagles, with 11 and seven kills, respectively. A terror on the defensive end as well, Lemmel blocked three shots against Sunrise Mountain.

“The great thing about this weekend was it took a team effort,” Huxford said. “Both Kenny and Kannon stepped up and had great games, but we got contributions from everyone. Tyler and Gavin both played great for their first time out on the court and even Toby (Schaper) played well, even if the stats didn’t exactly reflect it. We looked good as a team out there.”

With confirmation by the Nevada Interscholastic Athletic Association of a 3A state tournament to be played May 18-22, coach Huxford didn’t hide her ambition for her boys to be there. Huxford said she knows there’s still plenty of work to be done, as does her team.

With a doubleheader against Chaparral and Moapa Valley coming up Saturday at home, the boys will get one more chance to play on their home court before playing away for the remainder of the season.