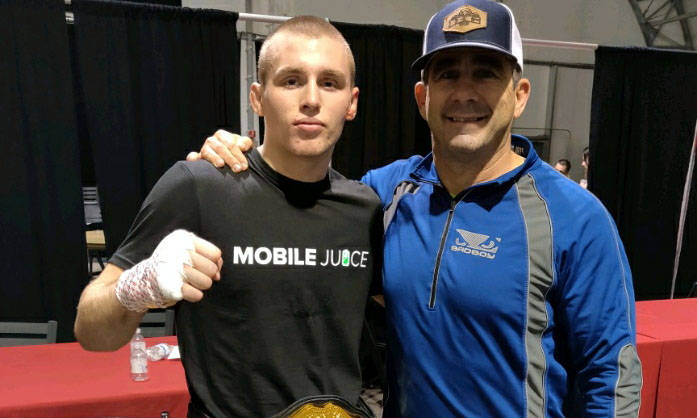 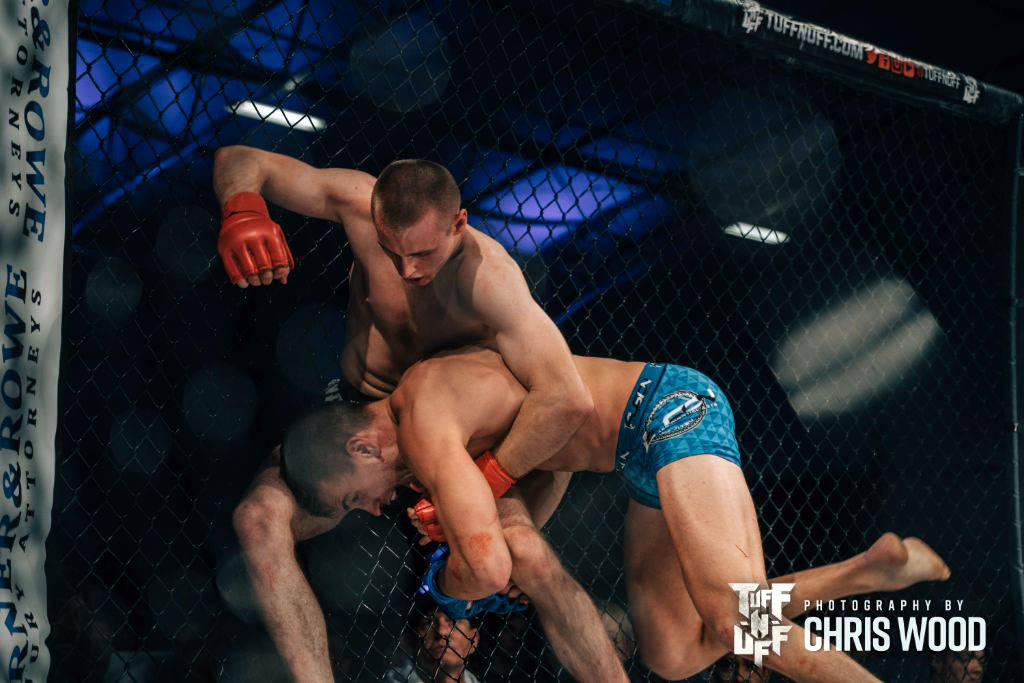 Making a name for himself in the amateur fighting ranks, Octavian Trumbo, a Boulder City High School class of 2017 graduate, became the lightweight champion in the mixed martial arts Tuff-N-Uff competition Dec. 21.

A former wrestling star for the Eagles program, Trumbo advanced to 5-1 in his budding career, scoring a second-round knockout against previously undefeated Zane Darlington (3-0) in Mesquite, Nevada.

Dominant in his bout with Darlington, Trumbo controlled the majority of round one, pinning Darlington to the cage and landing multiple punches to the face before a referee stopped the fight.

After losing his first career fight to Alek Aragon on Jan. 19, 2018, Trumbo is on a five-fight winning streak and getting better with each fight.

“This win over Zane puts me on a five-fight winning streak,” Trumbo said. “I feel better every time I step inside the cage.”

Looking like a better and mature fighter, MMA experts have taken notice of Trumbo’s recent rise to stardom.

Finishing 2019 on a high note, Trumbo is ranked the No. 2 lightweight fighter in Nevada by Tapology.com, trailing only Johnson Nasona, who sports a 20-3 record and is considered the top amateur lightweight on the West Coast out of 741 active fighters.

The rising Trumbo is currently pegged at No. 12 in the West Coast ranking.

Eager to step back in the octagon, Trumbo eyes a return in March to defend his newly earned title.

A former wrestler under Jim Cox at Boulder City High School, Trumbo is a diverse fighter, using his combination of striking and wrestling background to propel him to success.

“My time wrestling in high school has definitely helped a lot because grappling is such a huge part of MMA,” Trumbo said. “My strength is definitely striking, but I use my wrestling defensively to keep my opponents from taking me down, so I can stand with them and strike on my feet.”

Trumbo said he is eyeing a few more bouts before he hopes to turn pro and reach the UFC, which is regarded as the highest level of MMA fighting.