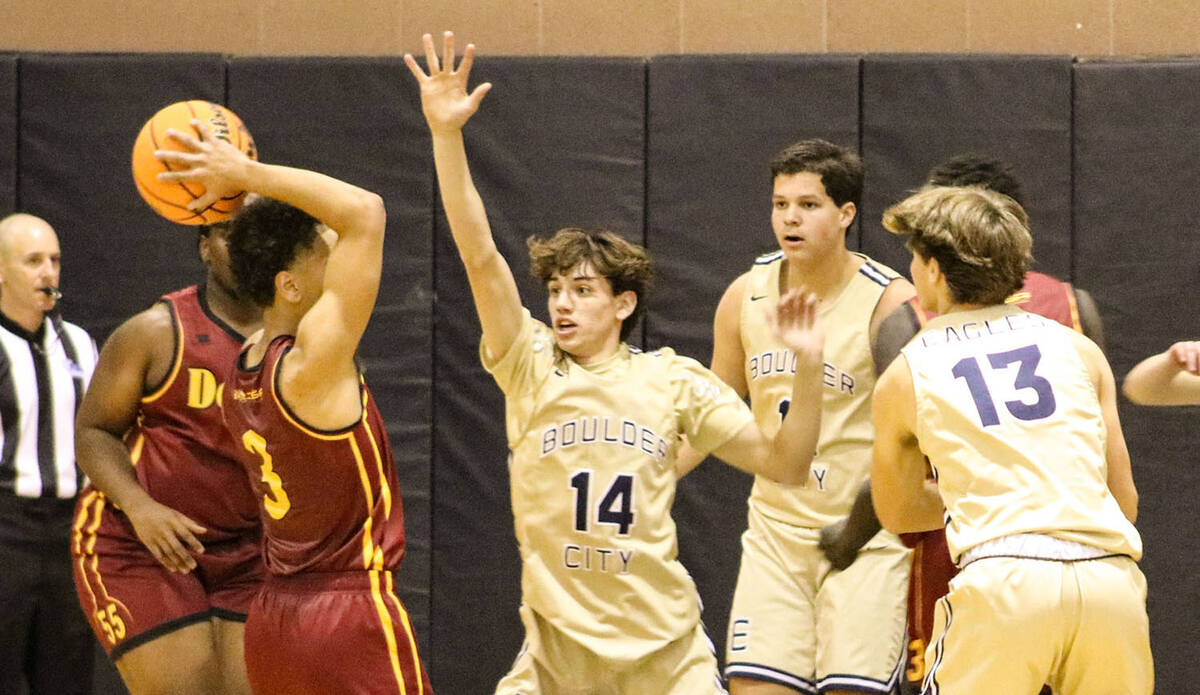 “We played four games in two days and competed against some of the top 2A basketball programs,” head coach Brian Bradshaw said. “We faced quite a bit of adversity throughout the tournament fighting some sickness as well as not having a full team. Having this opportunity against quality teams definitely identified our weaknesses but also showed us that we can compete at a higher level, we just need to be more consistent.”

Against Lincoln County on Saturday, Dec. 3, in a 57-47 loss, Leavitt scored 18 points, while Barrow added 14 points and six rebounds.

In a 37-24 loss against Enterprise on Friday, Dec. 2, Barrow scored eight points with 11 rebounds.

“Our team is inexperienced and learning a lot about ourselves right now,” Bradshaw said. “Going in I knew our schedule was going to be very difficult here in the beginning, but this is only going to help us as we begin to play our league games.”

On a high note, the Lady Eagles defeated Somerset Academy Losee 49-47 with an overtime buzzer beater on Tuesday, Dec. 6.

Coming up clutch in the final seconds, Torgesen hit the buzzer beater on an assist from senior Ashley Mendez to put the Lady Eagles on the right side of the scoreboard.

Barrow led the team with 15 points and 10 rebounds, while Leavitt added 11 points.

The Eagles followed their successful tournament play with a heartbreaking 59-58 loss to rival Virgin Valley on Monday, Dec. 5.

Falling to Virgin Valley in a game that went down to the wire, junior Roman Rose scored 17 points with three rebounds and senior Bruce Woodbury scored 16 points with four rebounds and four assists.

Against Pyramid Lake in a 69-36 victory on Dec. 1, Rose scored 16 points and Pendleton scored 11 points.

Woodbury scored a game-high 20 points against West Wendover in a 69-52 victory on Friday, while Pendleton added 16 points and senior Brayden Jones added 10 points.

Currently 4-2 on the season, the Eagles will host Somerset Academy Sky Pointe on Friday, Dec. 9.