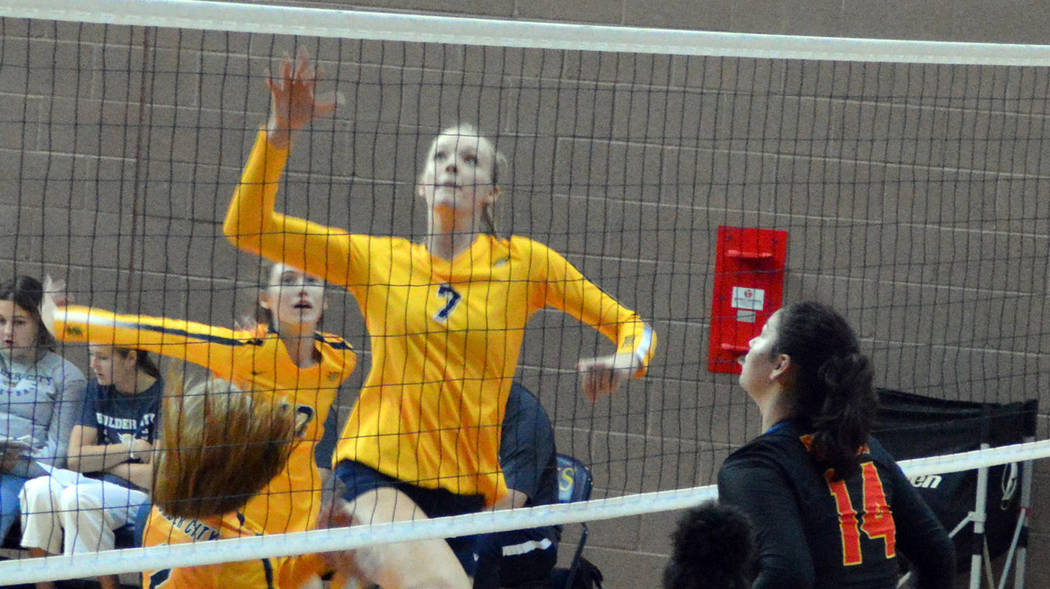 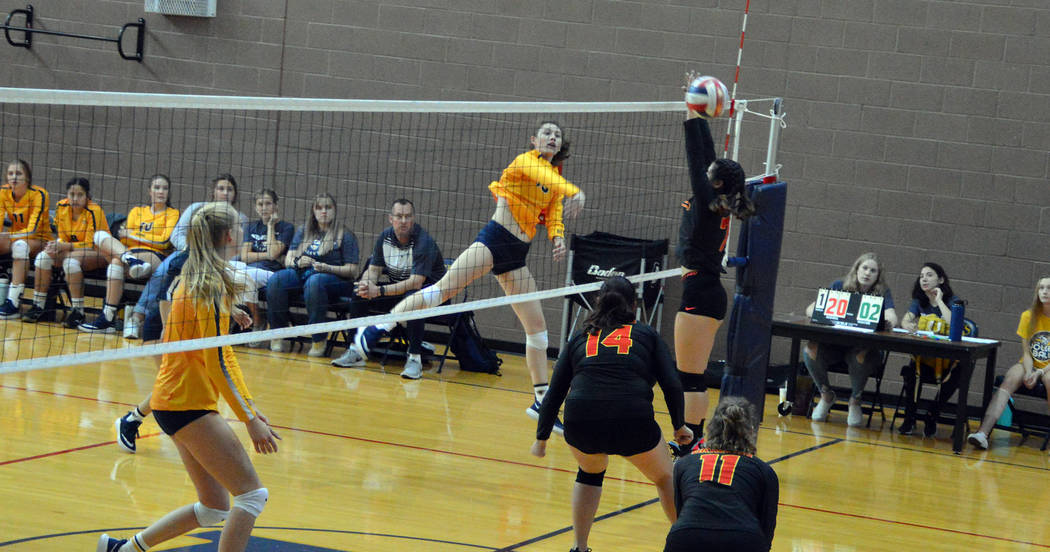 The Lady Eagles rattled off 11 consecutive victories to take home the trophy on their home floor during the seventh annual event.

“We learned some really valuable lessons from the Durango Fall classic last week and it really helped us figure out our weaknesses,” junior Kamry Bailey said.”We spent the practices before the (Boulder City Invitational) trying to fix those weaknesses so that we could perform well and ultimately win it for the first time in Boulder City history. It’s really special because this was one of our big goals from the beginning of my freshman year, so I’m really glad we were able to pull it out.”

“I think we played well in the Boulder City Invitational,” senior Raegan Herr said. “We worked hard each game over the course of the two days and it was redeeming to know that our efforts paid off when we got to hold the championship trophy at the end.”

Junior Ava Wright fueled the effort with 184 assists for the Lady Eagles, who were coming off a 3-4 stretch the previous week in the Durango Fall Classic.

“We had some rough games in the Durango tournament, but those losses showed us the areas we needed to improve to take our game to the next level,” Wright said. “We worked hard at practice to fix those mistakes and it paid off.”

Both Prior and Herr each added three blocked shots. Wright dished out 34 assists.

Having now beat rivals Virgin Valley and Moapa Valley, the Lady Eagles are riding a wave of confidence heading into the final stretch of the season.

“Virgin and Moapa always play us tough so it was rewarding to come away with a win,” Herr said. “We know that we will face each of them again in the regular season and we are looking forward to another competitive match when we see them again.”

Results of the Lady Eagles’ Oct. 2 outing against Chaparral will appear in next week’s issue.