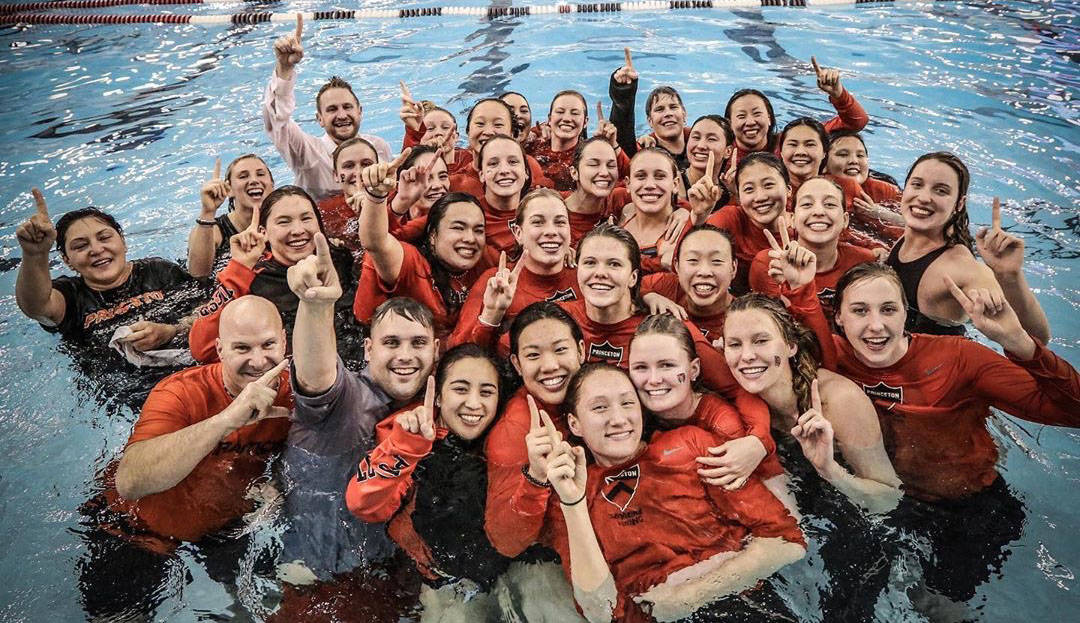 Lundgaard led Princeton to a 9-1 record, including 7-0 in Ivy League meets, as he finished up his third season with the Tigers.

“I’m super proud of this group,” Lundgaard said. “From where we started as a staff and a team two seasons ago, I think the progress is what’s most exciting. The coolest thing was to see the women on our team buy in to what we wanted to do and they got to see the results of committing to something bigger than themselves.”

After a promising stint as an assistant at the University of Tennessee, Lundgaard has found immediate success with the Tigers, posting a 26-8 record. His program finished this season ranked No. 22 in the nation.

Lundgaard took over the program after the retirement of Susan Teeter, who won 17 Ivy League titles during her 35-year tenure.

“The pressure part of succeeding her definitely excited me,” Lundgaard said. “What she did here was incredible and it was really one of the parts of the program that attracted me. Susan showed what’s possible here and that you can win here, so the pressure part of taking over this program is something I’ve embraced.”

Princeton has won 11 event championships the past three seasons and 29 swimmers have made the All-Ivy League.

“It’s really rewarding to see them be honored,” Lundgaard said. “I think it speaks volumes of the versatility our swimmers have. The next step we took this year was getting swimmers qualified for the national meet and I think with the youth we have on our team we’ll be able to compete in that for the next few seasons. The All-Ivy honors are really important to this goal as we try to compete at nationals.”

While currently pleased with the progression his program has taken the last three seasons, Lundgaard said he remains hungry for more. Currently ranked in the top 25 nationally, Lundgaard sees no reason why his teams shouldn’t be able to compete with the very best in years to come.

“I feel we can build a highly competitive program here,” he said. “I think the ceiling is quite high for our team and there’s not a lot we can’t accomplish. We want to be competitive and recognized as a top 15, top 10 program nationally.”

An accomplished swimmer in his own right, Lundgaard is a 2004 graduate of Boulder City High School, where he was a 13-time All-American swimmer. He also was a two-time team captain at University of Washington and had competed in Olympic trials for the 100-meter butterfly.

Leading winning swim teams is part of his family’s legacy. His mother is Sara Carroll, who has led Boulder City High School’s girls team to seven consecutive state championships and the boys team to state runners-up after seven years as the state champion. His stepfather, Bill Carroll, coached the Desert Storm swim team in Las Vegas.