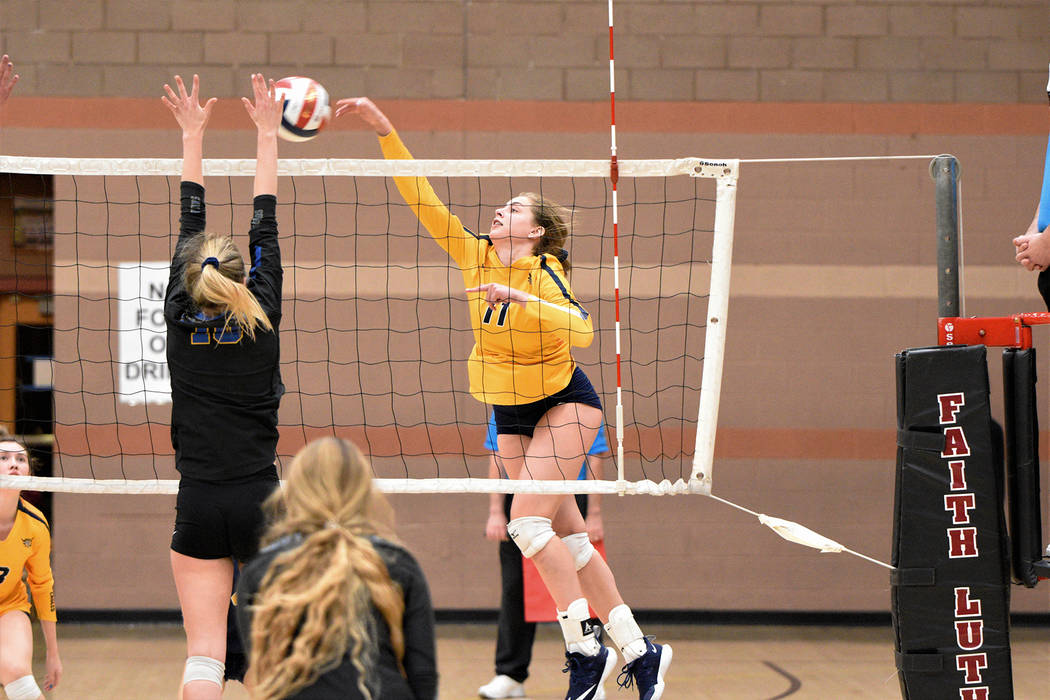 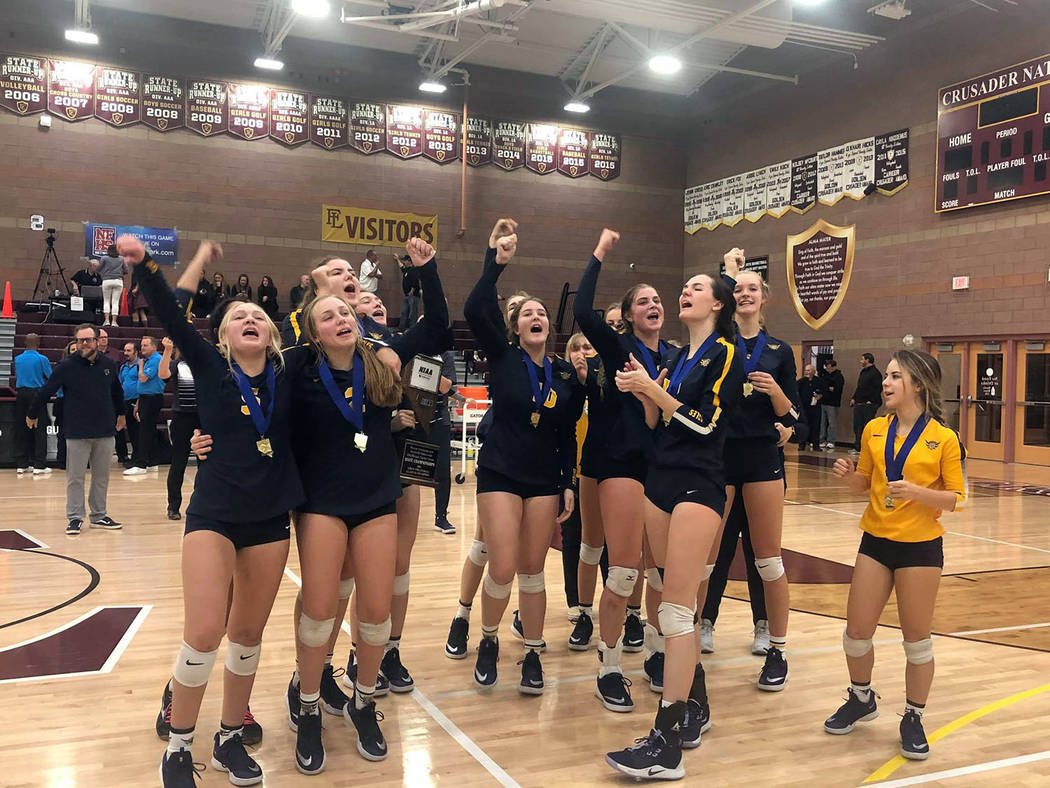 Defeating Northern Nevada challenger Truckee 3-0, the Lady Eagles put the finishing touches on another perfect season in the 3A classification.

“This was a great season for us,” head coach Kurt Bailey said. “I’m glad the girls were able to hold it together and not get complacent. Going through the season, I found that it’s really hard when everyone’s going after you and you have a target on your back; but the girls stuck together and played phenomenally.”

The Lady Eagles finished the regular season 12-0 in 3A play, followed by their postseason dominance. Overall they finished 41-5 on the year, with their only losses coming to 4A state champion Bishop Gorman and a handful of out of state opponents.

Playing in front of a predominately home crowd at Faith Lutheran High School, the Lady Eagles defeated the Wolverines 25-23, 25-11, 25-20.

“Winning our third consecutive title has been surreal,” senior Raegan Herr said. “The stands were packed full of people from our community and it was really nice to have their support during the game. We know that this is the first time this feat has been accomplished in school history so we are really proud of each other and we are extremely thankful for everyone that believed in us along the way.”

Getting past Truckee (28-6), which has been considered the top Northern team in the 3A all season after an undefeated record in league play, the Lady Eagles were nearly matched in the first set, before pulling away with the sweep.

“Truckee was a great team,” junior Kamry Bailey said. “They had 11 seniors and that maturity really showed on the court, especially in the first set; but as soon as we got in our groove it was over for them.”

Never folding under pressure, the Lady Eagles continued to cruise past their competition, winning an impressive 25th consecutive match by shutout.

“The first set against Truckee was close, however I never got nervous because I had total faith in our team,” junior Ava Wright said. “We have played in many stressful situations this season and always seem to pull through. Truckee was a good team, but we were able to play together as one strong team and play hard from the beginning of the match.”

Wright and Robinson each made eight digs, while junior Kelsi Robinson made two blocks.

Adding another state title to their trophy case, the Lady Eagles will also add a new mark to their record book, bypassing last season’s win total of 38 wins with a new program high 41.

“Coming into the season, our goal was to at least tie last season’s record,” Kurt Bailey said. “We gave ourselves a pretty tough path, playing in both the Las Vegas Invitational and Durango Fall Classic and I wasn’t quite sure we’d be able to match it. The girls went on a run and got really hot after the Durango Fall Classic and we were able to accomplish this. They put in the work to be great. They practiced hard … and that prepared them for anything.”