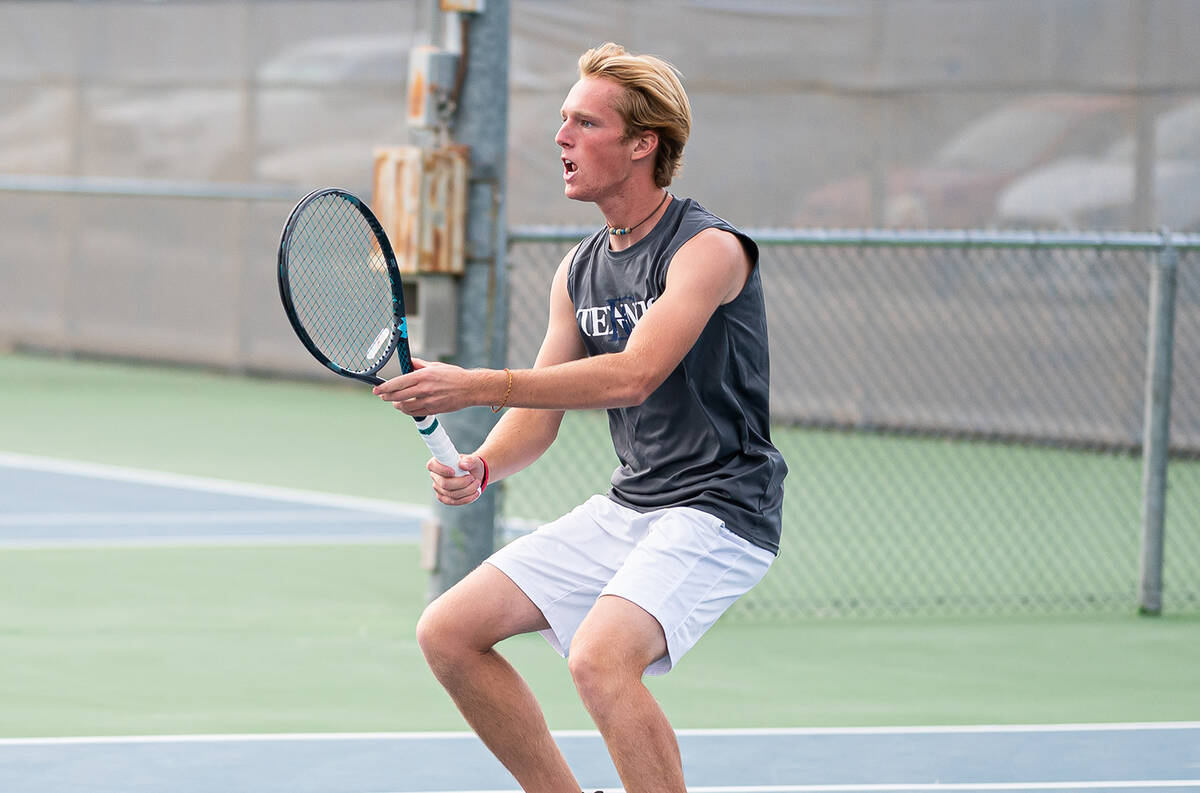 Making it five consecutive appearances, the boys played The Meadows well in the region final Friday, Oct. 15, before falling 12-6.

Asked about her team’s success that spans six years and multiple graduating classes, boys head coach Rachelle Huxford said she was grateful for the streak to not only start, but continue.

“I’m very proud of the boys for continuing the streak,” Huxford said. “Obviously, we would have liked to beat The Meadows and go in as the top seed in the south, but the boys fought hard and played their best. I think it’s great that the program has been dominant for so long, especially in a sport that isn’t the most popular. I give credit to the players from our first few teams who started the streak and made tennis at Boulder City cool to want to be a part of.”

Giving the Mustangs everything they could handle in the finals, seniors Kannon Rose and Kenny Rose finished 3-0 in doubles play, while juniors Bret Pendleton and Tyler Lemmel finished 1-2.

“I give a lot of credit to The Meadows,” Huxford said. “They’re a really tough program who has only gotten better since the start of the season. It’s going to be tough to beat them, if we see them again at state, but I know the boys are hungry to do so and wanting to win is half the battle.”

Despite falling to The Meadows 16-0, the girls made the state tournament for the fourth consecutive time.

Dating back to 2017, the Lady Eagles have been the runner-up in both the state and Southern Region during their streak.

“I am incredibly proud of this year’s team,” said girls head coach Jami Pappas. “They are a brand-new team learning the game of tennis. Their competitive spirits have propelled them forward and their drive has gotten them as far. Second place in the region is not bad for a beginning team. I have so much respect and love for these girls who have given their all this past season and the outcome has shown what they’re made of. We are looking forward to state and know it will be very difficult, but we are preparing and excited for the competition.”

State semifinal play for the division is slated for Oct. 28 at Liberty High School. The girls will take on top Northern seed Truckee, while the boys will face a currently undetermined top Northern seed. South Tahoe and Truckee are the two remaining teams for the boys bracket in the North.