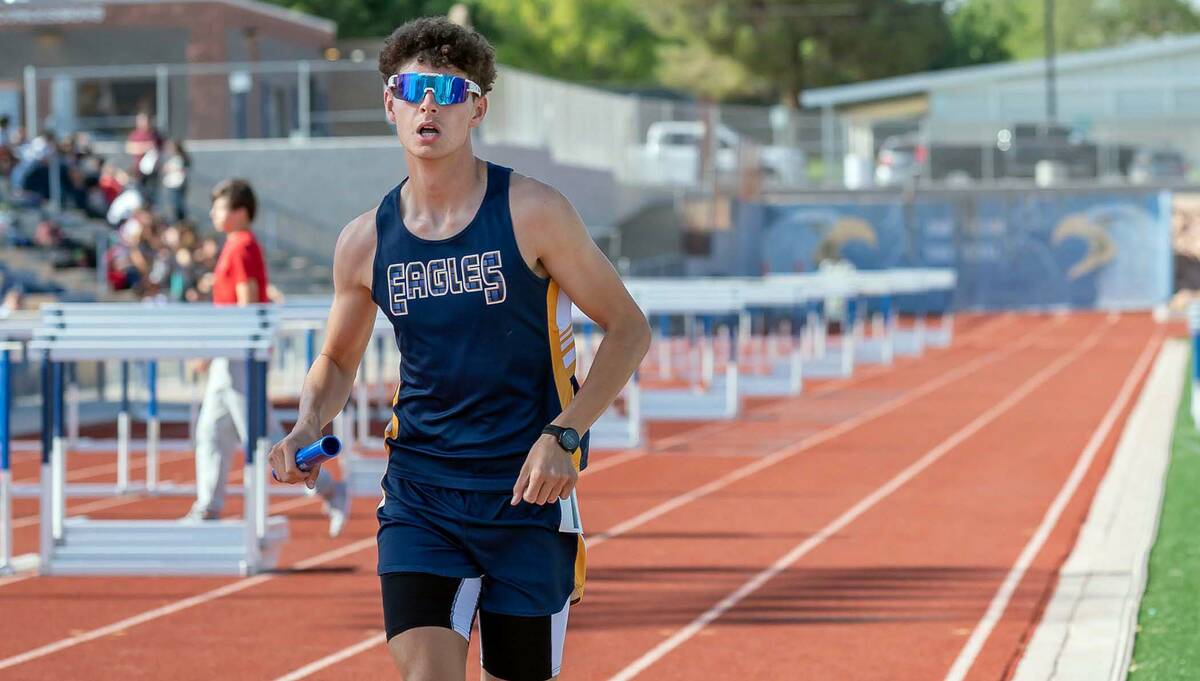 “This was a really good meet for us,” said Mark Misuraca, track coach. “A lot of kids were able to get personal bests and show how much they’ve improved over the season.”

For the girls events, junior Ashlynn Phillips finished third in the 100-meter dash and fourth in the 200-meter dash, while sophomore Julia Carmichael finished second in the triple jump.

Freshman Makayla Nelson placed fifth in the 800-meter run, while junior Ellie Speaker finished second in the high jump and fifth in the long jump competition.

For the boys, junior Brayden Jones finished first in the 3,200-meter run, while freshman Jayden Thackeray finished fourth in the 400-meter dash.

An all-around contributor for the boys, sophomore Mason Terrill placed second in the both 110-meter hurdles and triple jump, while placing fourth in the high jump.

Prepping for regionals, the Eagles will host a small school invite on Friday, May 6.

Routing Valley 15-0 on April 28, sophomore Jordyn Wetherbee batted 3 for 3 with four runs batted in, while junior Sarah Coplin batted 2 for 3 with four RBIs and a double.

Perfect at the plate, sophomore Taylynn Madrid batted 2 for 2 with a pair of doubles and an RBI, while senior Paeton Carver batted 2 for 3 with two RBIs and a double and home run apiece.

Senior Alyssa Bryant picked up the victory on the mound, striking out three Valley batters, while picking up the victory again later in the week against SLAM Academy on May 2.

Routing the Bulls 12-2, freshman Baylee Cook batted 3 for 5 with three RBIs and a double, while Carver batted 4 for 5 with an RBI.

The opening round of regionals is scheduled for Monday, May 9, with the Lady Eagles hosting an opponent yet to be determined.