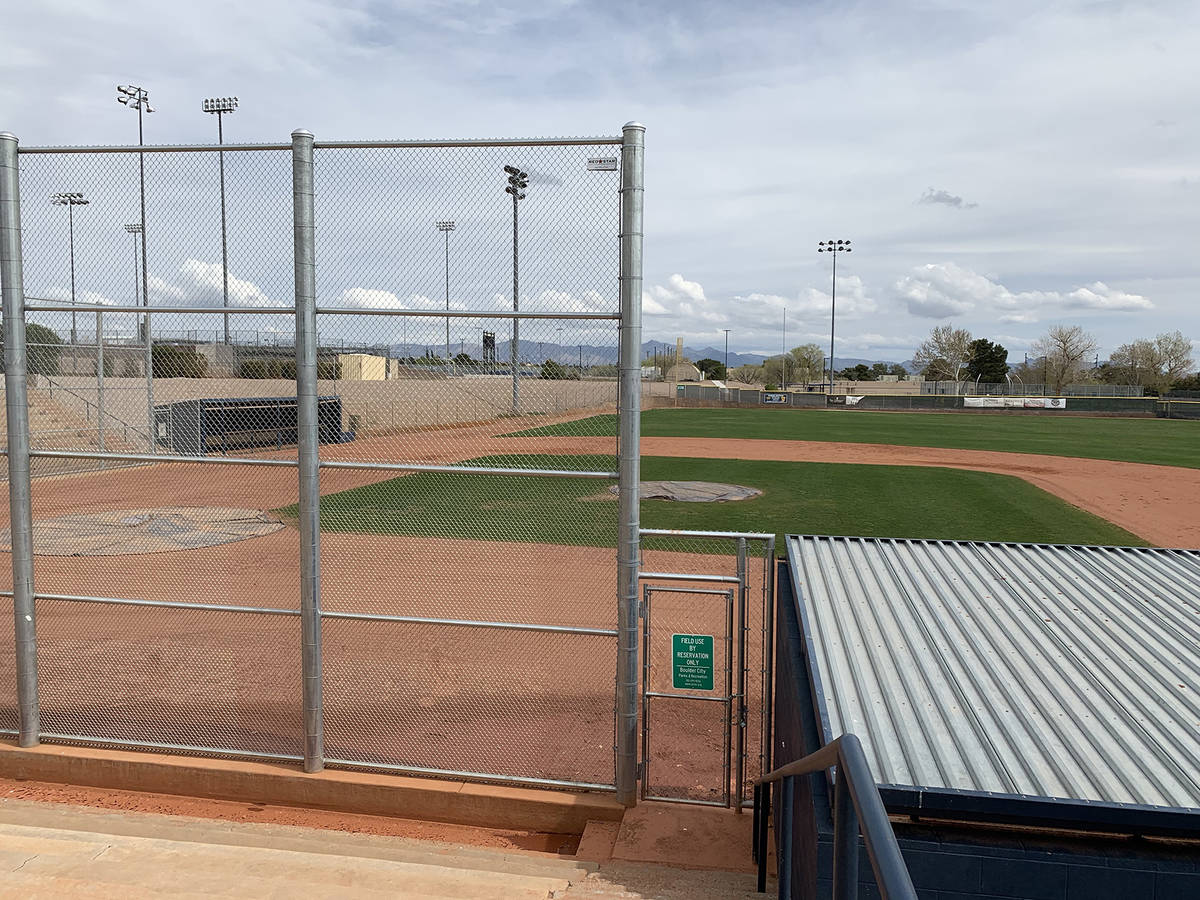 On March 12, members of Boulder City High School’s baseball team were packing their bags en route to a 3A contest at Mojave High School when head coach Ed McCann received news that the game had been canceled. Now, because of the pandemic known as COVID-19, their season, along with every sports program in the state, has been put on hold.

Making its announcement public Friday, March 13, the Nevada Interscholastic Activities Association suspended all sanctioned sports for its member schools effective immediately until further notice. As of Wednesday, March 18, morning, there have been 42 confirmed cases in Clark County and 55 in the state, with the number rising.

The safety measure implemented by the NIAA falls in line with precautions taken by collegiate and professional level sports.

“The action of the NIAA in impending the charge of the Legislative Commission is taken in consultation with public health officials to implement best practices in slowing the spread of COVID-19 and therefore aid in protection of students and the general public,” the NIAA statement said.

For now, programs at Boulder City High School are left in limbo on whether or not they’ll be able to compete again this season.

“This is really a shocking thing going on,” McCann said. “We definitely respect the NIAA decision to currently suspend our season, but it’s left us and definitely our kids shocked. It’s nice to know that they’re taking this matter seriously and doing their best to protect our athletes, but suspending the season like this has definitely left us with a void. We’re really hopeful we can resume the season at some point.”

The void McCann is talking about is the desire to compete, not only from the coaches, but players themselves.

Rostering what he feels is the best team in the 3A classification, McCann voiced his and his players’ frustration over the chance of not getting to earn their first state championship since 2017.

Boys volleyball head coach Rachelle Huxford said she was heartbroken that the boys won’t get the opportunity to win their first state championship in program history. It was deemed to be one of the state’s top contenders in just its fourth year of conception after reaching the state semifinals last season.

“It was really heartbreaking to gather them all up on Thursday and tell them the news,” Huxford said. “When I found out, I told them to just meet me in the gym, to not even worry about suiting up for practice. The look on their faces said it all when they heard the news. It’s one thing to not be able to compete for a state championship because another team was better than you, but to not be able to compete because of something out of their control is truly upsetting. I felt like we had as good a chance as anyone this season and all of our seniors felt the same way. They’ve given everything they’ve had to building and establishing this program over the last four year. I’m really hopeful this can be resolved.”

Hitting perhaps seniors the hardest, the opportunity to play for a state championship one last time is certainly disappointing, but the chances of not getting extra recruiting exposure during their last high school season of play could be dire.

“I feel really bad for our seniors and every senior in Nevada who is on the fence with their recruiting right now,” McCann said. “These were going to be crucial months for a player like Jonathan Neal, who’s playing the best baseball he’s ever played, to get noticed. While this doesn’t make or break a kid getting a chance to play in college, it certainly doesn’t help. These few months were really going to help boost the recruiting stock of a lot of players.”

Still optimistic that play will resume in late April or early May, coaches from each program are hoping for at least a shortened season, but realize that may be too tall of a task.

“When they announced this last week the thought was this would be a two- or three-week suspension and then we would pick back up. But I’m not so sure anymore,” said girls track coach Mark Misuraca. “Obviously, we’re still hoping for at least a shortened season and the kids are as well, but I fear that the season is done. Right now we’re waiting to get word from the school district but I don’t see much hope.”