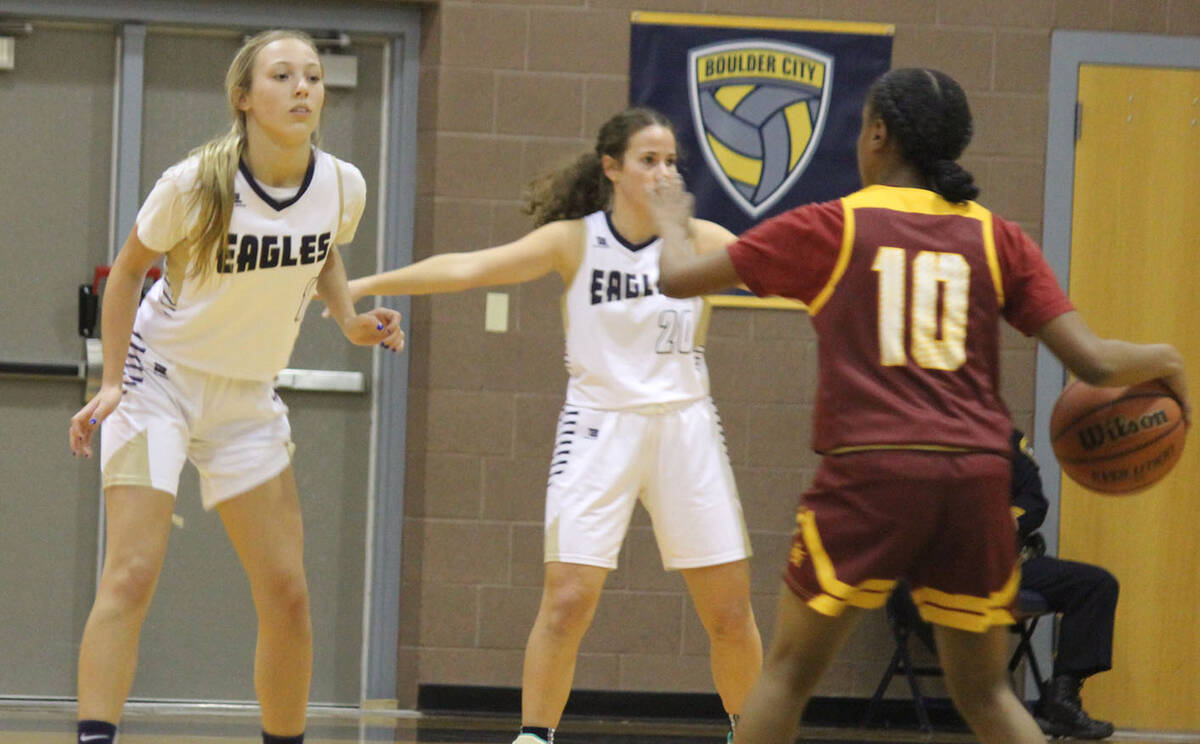 “I was pleased with our effort and win over a scrappy Del Sol team,” said head coach Brian Bradshaw. “I liked how we responded after a disappointing loss to Coral Academy the night before.”

“We knew Del Sol was coming in averaging 48 points a game and our game plan was to control transition and focus on defense,” Bradshaw said. “Our team goal was to hold Del Sol under 35 points for the game and we got the job done. Our kids did a great job communicating and rotating on defense.”

The Lady Eagles will travel to SLAM Academy on Friday, Jan. 13, followed by a home game against Pinecrest Academy Cadence on Wednesday, Jan. 18.