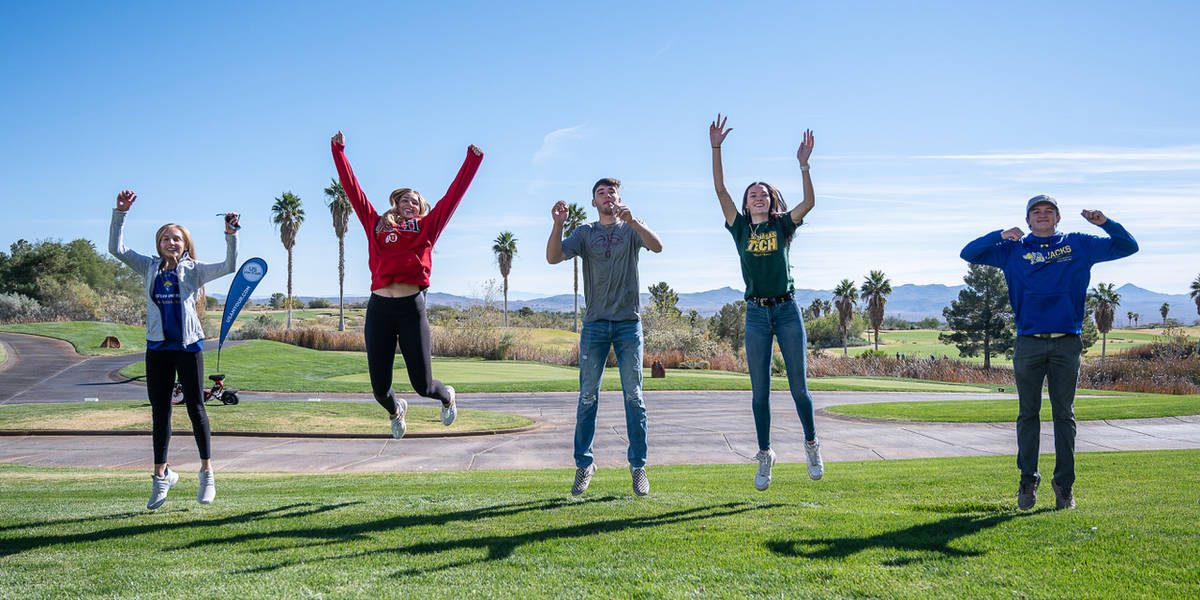 National signing day, an event where a high school athlete signs a national letter of intent pledging their commitment to compete for a university at the collegiate level, took place Wednesday, Nov. 11, and Boulder City High School was well represented.

Fulfilling their dreams of becoming collegiate athletes, six athletes from four sports signed, showing the quality of talent at the school.

For the boys, the Eagles athletic program will send at least one star each to college this year in basketball, golf and swimming. All signing to Division I universities were senior swimmer Joe Purdy (University of Denver), golfer Blake Schaper (South Dakota State University at Brookings) and basketball star Ethan Speaker (University of Arkansas at Little Rock).

Additional stories highlighting these accomplishments will appear in next week’s issue.

Finding success in the pool this fall, Grothe has one first-place finish and three second-place finishes in the 400-meter freestyle event.