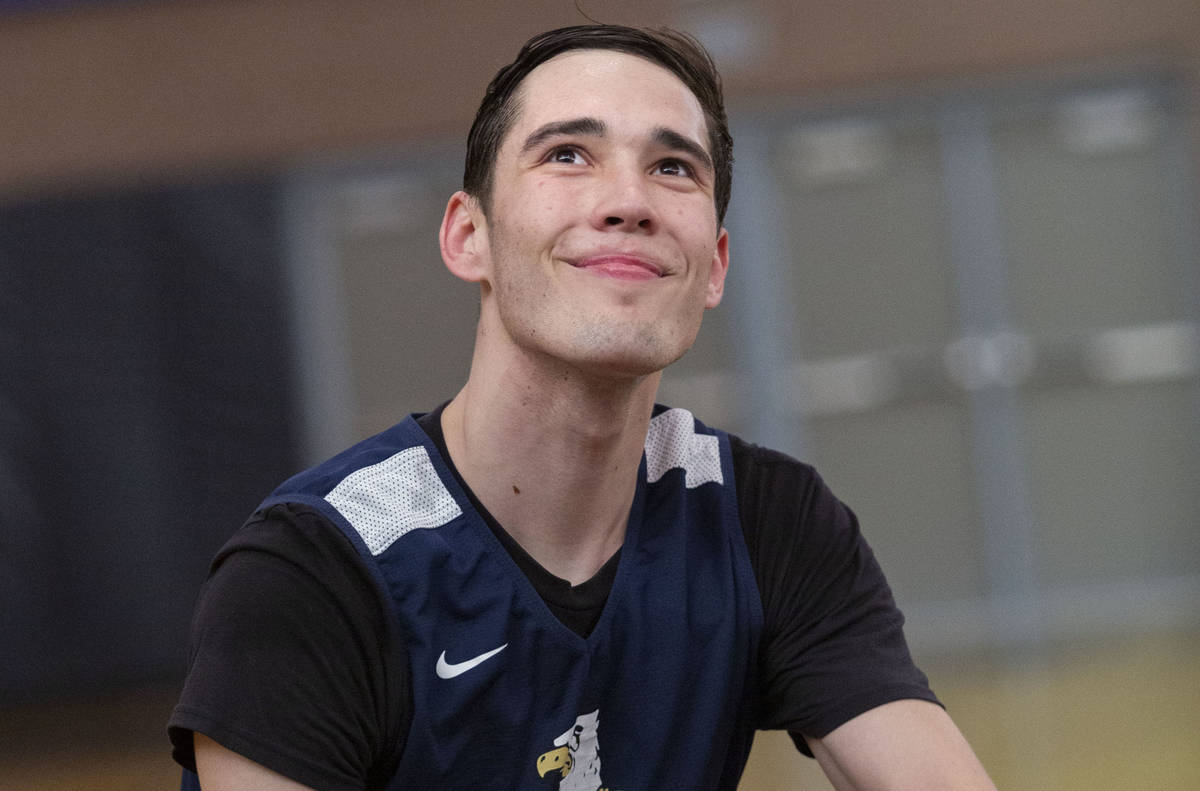 Ethan Speaker, a junior at Boulder City High School, was named to the All-Southern Nevada boys basketball second team after a stellar season where he averaged 27 points and 11 rebounds a game. 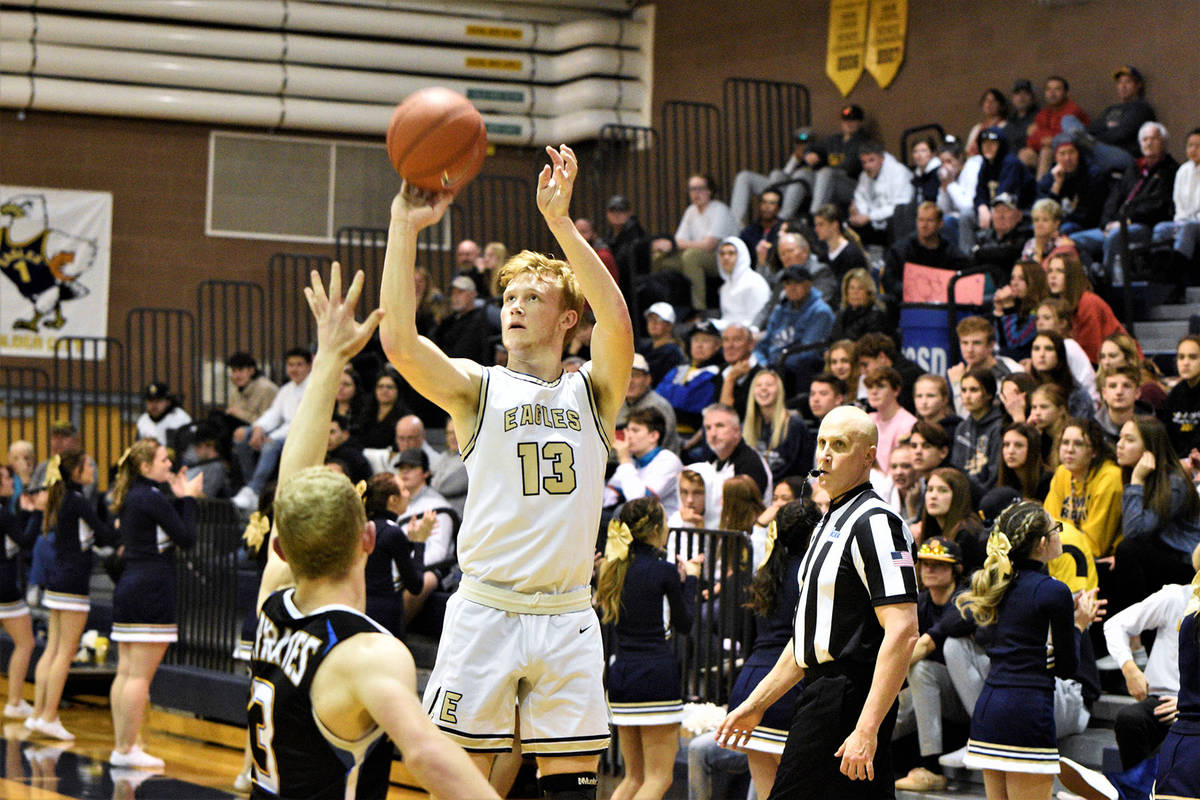 Ethan Speaker, Boulder City High School’s boys basketball star, was named to the All-Southern Nevada boys basketball team after establishing himself not only as the top player in the 3A classification, but one of the best in Nevada.

Highlighting the best players in Southern Nevada regardless of classification, the Eagles junior was named to the second team after a monster season where he averaged 27 points and 11 rebounds a game.

“It feels great getting recognized for all my hard work by being named to the All-Southern Nevada team,” Speaker said. “It feels like my hard work has paid off and I am somewhat known around (Las) Vegas seeing as before the season I wasn’t. I still have work to do and I’m hungry to keep working.”

Definitely making a name for himself, Speaker had a season for the ages with the Eagles, scoring 767 points, the second best all time in the 3A classification behind 2000 Boulder City graduate Lee Hafen, who holds the record for most points in a season with 823.

“Ethan had a really special season,” head coach John Balistere said. “What he did scoring the basketball was really special. Ethan’s a player who deserves everything he’s given.”

Speaker also was named 3A Southern Region player of the year, as well as a first-team 3A all-state selection. He was one of five Eagles to earn postseason recognition.

Making the second-team 3A all-state was junior forward Matt Morton, who had an excellent season in his own right, scoring over 15 points per game with eight rebounds, and helping provide the Eagles with a dynamic one-two punch.

“Once Matt found his groove this season, we became a better team,” Balistere said. “He’s another special player where he’s gifted in so many areas. Some games the team went as he went and once he started to get healthy after being banged up after football, we really started to be a great team.”

Senior Gavin Balistere was named to the second-team in the Sunrise League and senior Jacob Sanford was an honorable mention league selection.

“I was happy to see them both get recognized,” John Balistere said. “Intangibles win games; neither one of them was our leading scorer, but Jacob led us in charges and Gavin was asked to always guard the opposing team’s main ball handler. I’m proud of both of them for the strengths they added to our team.”

Junior Matt Felsenfeld rounded out the Eagles’ starting five with an honorable mention league selection after averaging just under 4 points per game with two rebounds and a steal.