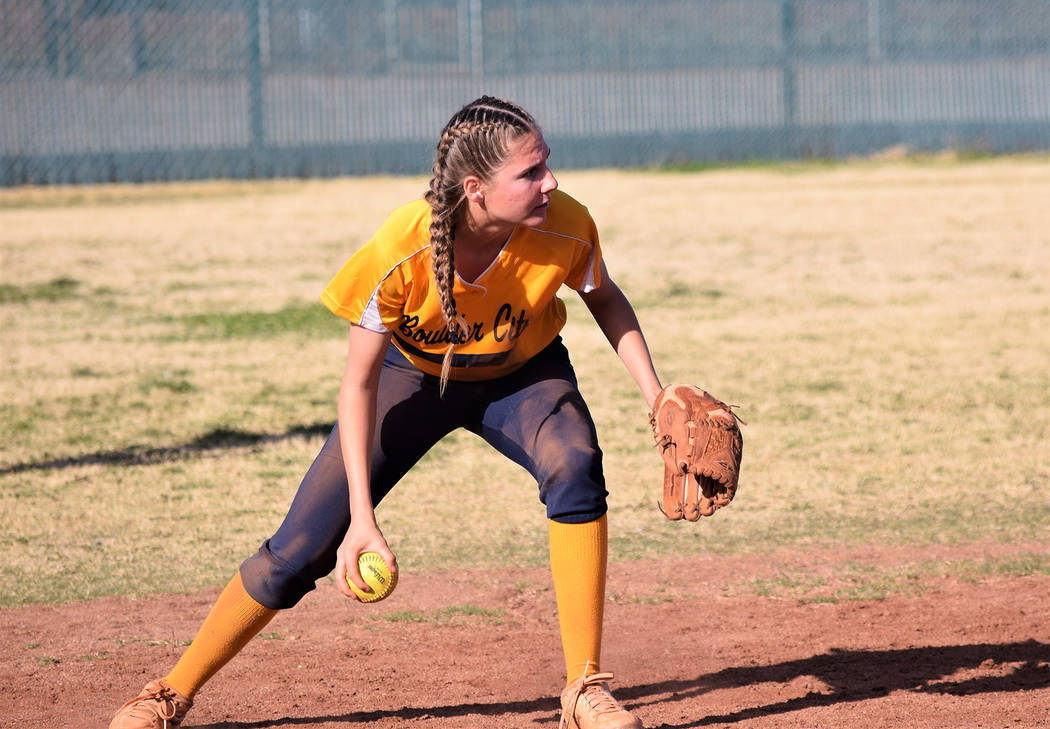 Boulder City High School senior Ryann Reese, seen in a game last March against Western, was named to the All-State second team after leading the Lady Eagles in batting with a .625 average, hits (65), stolen bases (23) and triples (3).

“Both of them making the 3A all-state team was a great way for them to end their careers at Boulder City,” head coach Angelica Moorhead said. “Both of those young ladies deserve that recognition, and I am looking forward to what the future holds for them. Any school is lucky to have them.”

The Lady Eagles, which had six players earning postseason accolades, finished their season with 16-17 record, including a 15-0 playoff victory against Del Sol on May 7.

“We were lucky to have six of our girls recognized for their hard work during the season,” Moorhead said. “I’m proud of all of them and their accomplishments.”

The Lady Eagles’ workhorse on the mound, Giunta compiled a 16-8 record on the mound with a 5.48 earned run average and 79 strikeouts in 106 innings pitched.

“Abby did such a great job for us this year,” Moorhead said. “She put in the extra time to work on her craft and I believe she really enjoyed being in the circle. From filling in here and there last season and taking over the reigns this season, she proved she could handle the job.”

Ramsey batted .359 with 21 RBIs and a pair of doubles and triples.

Rounding out the Lady Eagles’ core, were freshmen Paeton Carver and Lily Hood, who made the All-Sunrise League second team. Carver batted .316 with 20 RBIs and a double, Hood batted .426 with 15 RBIs.