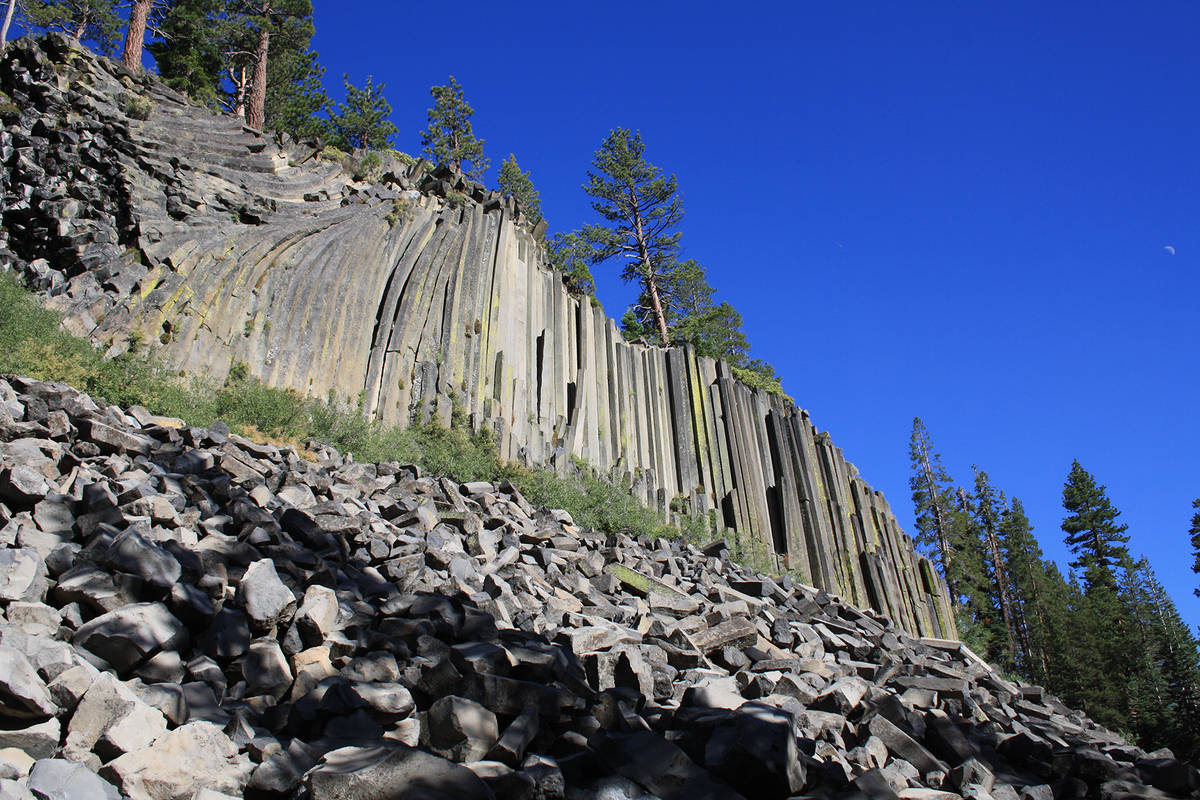 (Deborah Wall) Devil’s Postpile, near Mammoth Lakes in California’s eastern Sierra Nevada Mountains, was created by a volcanic event about 100,000 years ago that resulted in the vertical symmetrical columns. 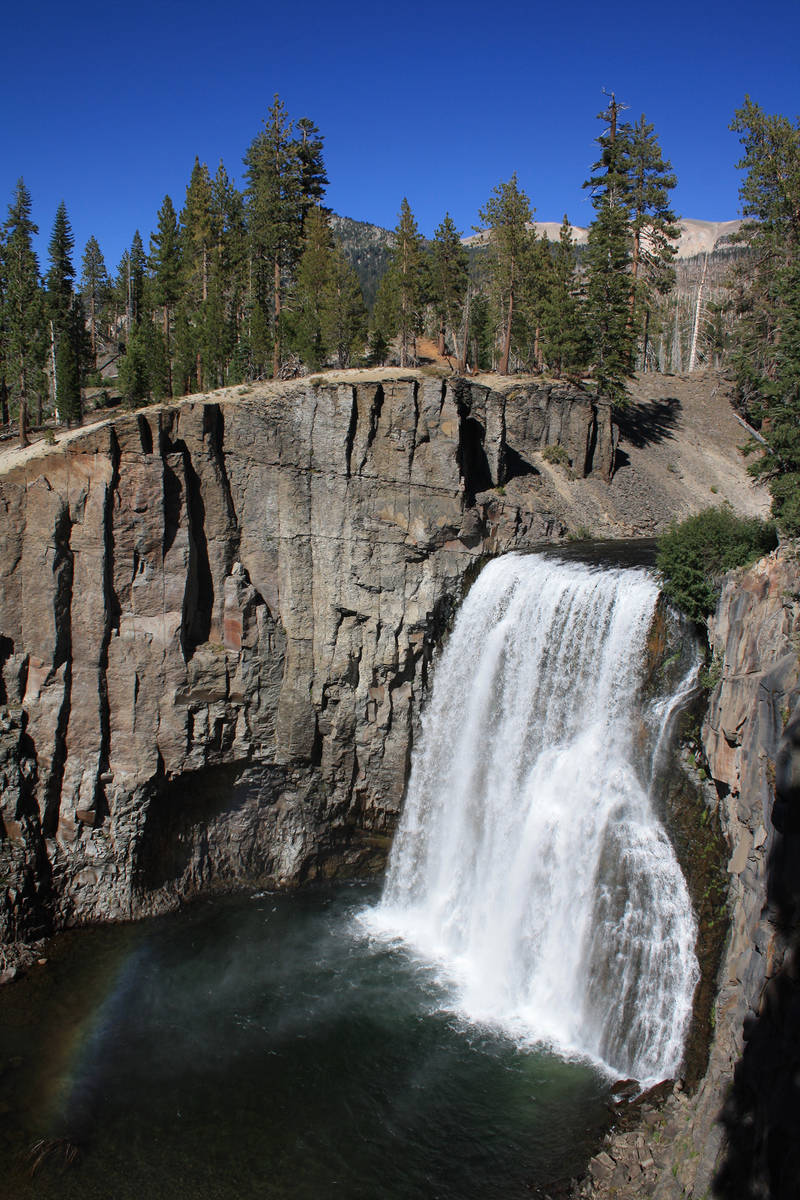 (Deborah Wall) Rainbow Falls is more than 100 feet high and found along the Middle Fork of the San Joaquin River in Devil’s Postpile National Monument in the eastern Sierra Nevada Mountains in California.

Mammoth Lakes, California, in the eastern Sierra Nevada Mountains, is the jumping-off place to visit Devil’s Postpile National Monument. The monument was established in 1911 to preserve a rare columnar basalt formation, as well as other natural features.

The park is at an elevation of 7,560 feet (at the ranger station) and is only open in the summer, usually from mid-June to mid-October, depending on snowfall. Average daytime high temperatures in August are in the low 80s, yet dip down to the 50s at night.

The “postpile” was created by a volcanic event about 100,000 years ago that resulted in the vertical symmetrical columns. When basalt lava from volcanic vents cool down, it shrinks, cracks and vertical columns can form.

Here, in addition to hexagonal columns, which are more commonly found, some have three, four, five and seven sides. The columns are huge, as large as 2 to 3½ feet in diameter and stretch up to 60 feet tall. While there are other formations such as these in the world, this is one of the most impressive. From the ranger station it’s an easy one-half mile hike.

While most people travel here to see the “postpile,” the monument is full of other natural treasures such as rivers, streams, wetlands, marshes and trees. There are about 8 miles of trails in the park. One excellent one, in particular, is the moderately strenuous trail to Rainbow Falls. The trail is along the Middle Fork of the San Joaquin River, which runs through the park. The falls are more than 100 feet tall. If you head out from the ranger station, a hike to the falls will be a 5-mile round trip.

While on the trails you will probably see backpackers passing through. This is the place where the 215-mile John Muir Trail, which travels from Yosemite Valley to Mount Whitney, joins up with the 2,650-mile Pacific Crest Trail. Backpackers on long journeys usually stop at Red’s Meadows general store (a privately owned rustic resort near the park boundary) to pick up mail, packages and supplies before continuing along their journeys.

Wildlife in the monument include 115 species of birds, black bears, mountain lions, mule deer and American pine martens, the latter being large and attractive weasels no longer seen in most of the United States. It is also home to more than 450 native plant species.

Normally all visitors would take a shuttle to the park from near Mammoth Resort but with the pandemic you are allowed to drive your own car. Be aware though, the drive along Red’s Valley Road is very narrow and steep and loses about 1,500 feet in elevation. Start your visit early in the morning to be sure you’ll get a parking spot, as the rangers won’t let you in once it’s full. It’s about 10 miles from the town of Mammoth Lakes to the ranger station.

For camping, lodging and other services in the region, contact https://www.visitmammoth.com. Since things are constantly changing at our national parks, always get updated information before heading out.

Additional information about Devil’s Postpile National Monument is available at https://www.nps.gov/depo or 760- 934-2289.