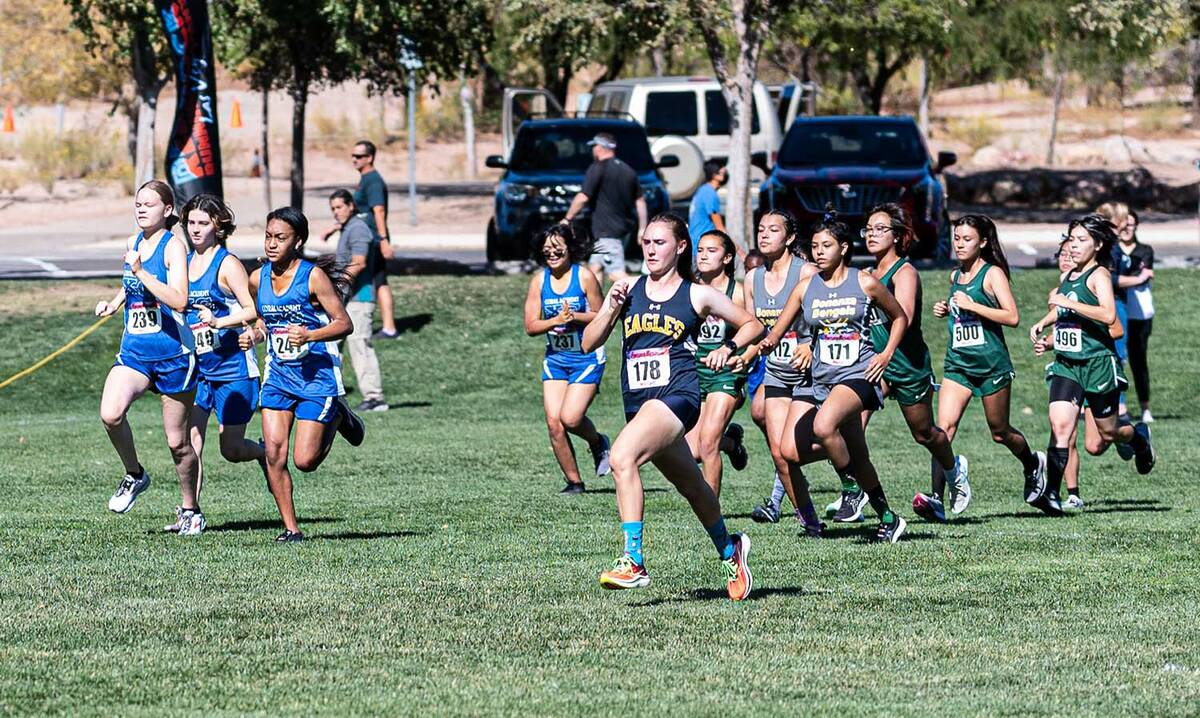 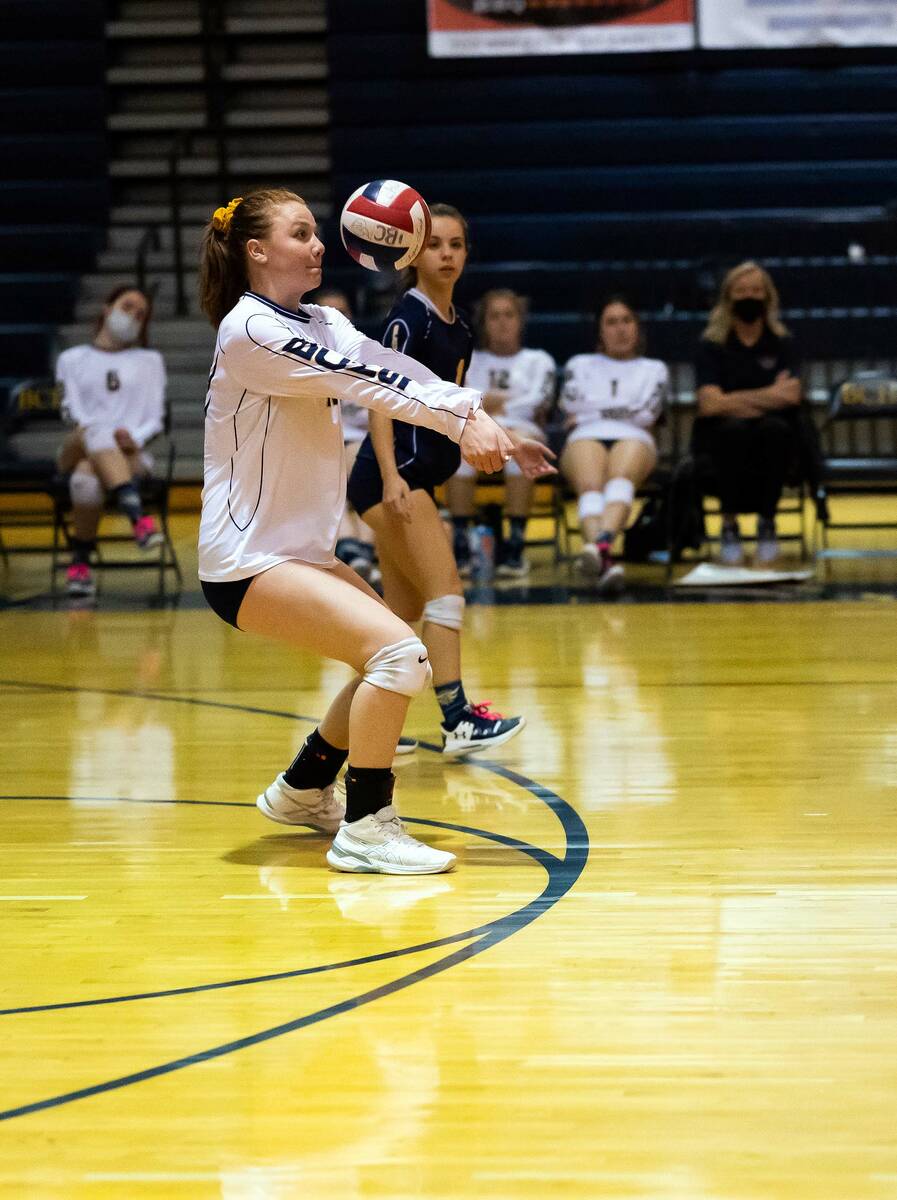 Finishing back to back for the boys, junior Brayden Jones and senior Kiefer Reinhart finished 25th and 26th respectively out of 56 runners, while freshman Brandon Pickett finished 31st.

The 3A state tournament meet will be held at Shadow Mountain Complex in Sparks, Nevada, on Saturday.

Rolling onto the next round of the 3A postseason, Boulder City High School girls volleyball routed Cadence 3-0 on Tuesday Nov. 2 .

Senior Zoey Robinson led the way on defense with 12 digs and five aces.

One and done in the 3A Southern Region tournament, Boulder City Boys soccer fell to SLAM Academy 9-1 Monday Nov. 1 .

Featuring a young but talented roster, the Eagles were no match for the senior-laden Bulls.

Junior Gavin Kessler scored the lone goal for the Eagles.

In their first year under head coach Haden Jaramillo, the Eagles finished with a 7-9-1 record.

Making it to the 3A state tournament as the No. 2 seed, Boulder City High School girls tennis fell to Truckee 13-5 Oct. 28 at Liberty High School.