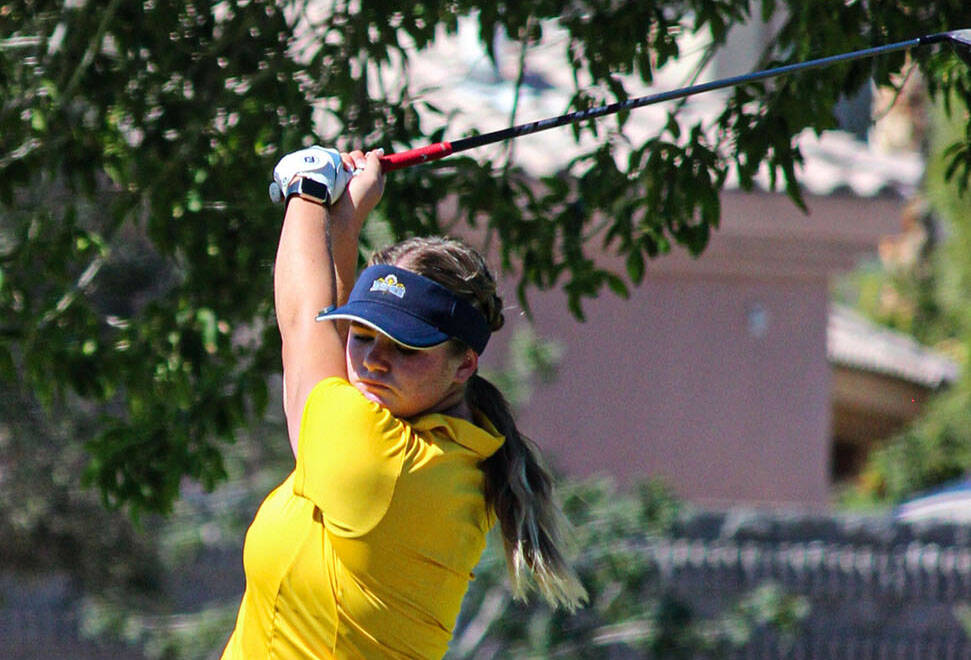 Finishing tied for second at the 3A state meet at Genoa Lakes on Oct. 18, Schaper finished with an overall score of 158, falling just short of Northern Nevada winner Giana Zinke from Douglas High School, who shot a 156.

Dominant this season, Schaper won the 3A Southern Region tournament at Boulder Creek on Oct. 11 with a score of 153.

Honored for their play this season, seniors Tyler Lemmel and Ike Pappas of Boulder City High School’s boys tennis team were each named honorable mention selections for the All-Southern Nevada team, highlighting the top players regardless of classification.

Finishing as the 3A state champion runners-up in individual play, Lemmel and Pappas fell to The Meadows’ duo of Phillippe Kosyagin and Alberto Pereira 6-1, 6-1 in the finals Oct. 27.