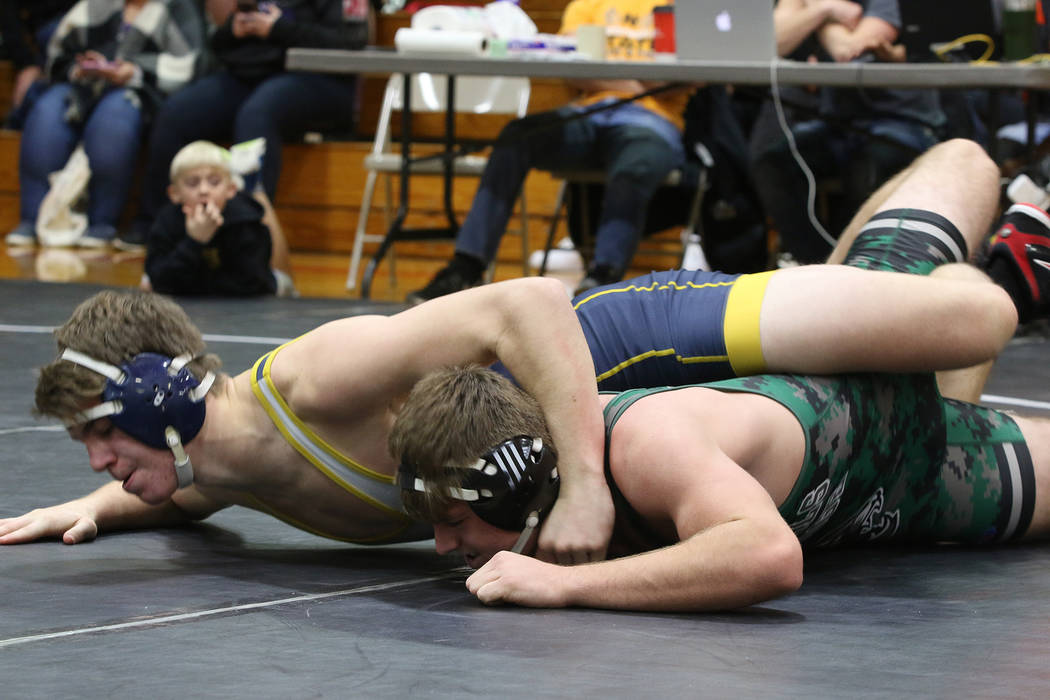 “It was a great tournament with teams from all over Nebraska,” head coach Jim Cox said. “They’re considering coming out here next year.

“The boys had a great time and made a lot of friends there in the Midwest. They really wrestled hard. I’m proud of them.”

Boulder City will resume its season on Jan. 7 at home against 4A Legacy and Mojave.

Trailing 12-9 at halftime, the Lady Eagles opened up offensively after the break, closing the game with a 20-12 fourth-quarter run.

“The girls played really well,” head coach Lisa Foster said. “Sunrise Mountain pressed and threw a high-pressure zone at us, and the girls did a good job at attacking and keeping up the intensity.”

Leading the way offensively for the Lady Eagles was senior guard Keely Alexander, who dropped a game-high 27 points.

“It’s super huge when we can get those type of performances from her,” Foster said. “I’m hoping this gives her the confidence to realize that the ball needs to be in her hands more. In past years she’s looked more to pass and get a ton of assists, but she’s a scorer and I want her to score.”

Off for a week, the Lady Eagles will resume play Dec. 26 in the 4A-laden Gator Winter Classic against Rancho.

Leading the way for the Eagles, Jamison Kaboli bowled a 554. William Wallace bowled a 539 and Spencer Torgesen added a score of 495.

Still looking for their first victory, the Lady Eagles fell 1,476-778.

Karsen Jolley bowled a 286 for the Lady Eagles and Valerie Chavez bowled a 279.

Boulder City will resume play on Jan. 7 against Chaparral at Sam’s Town.