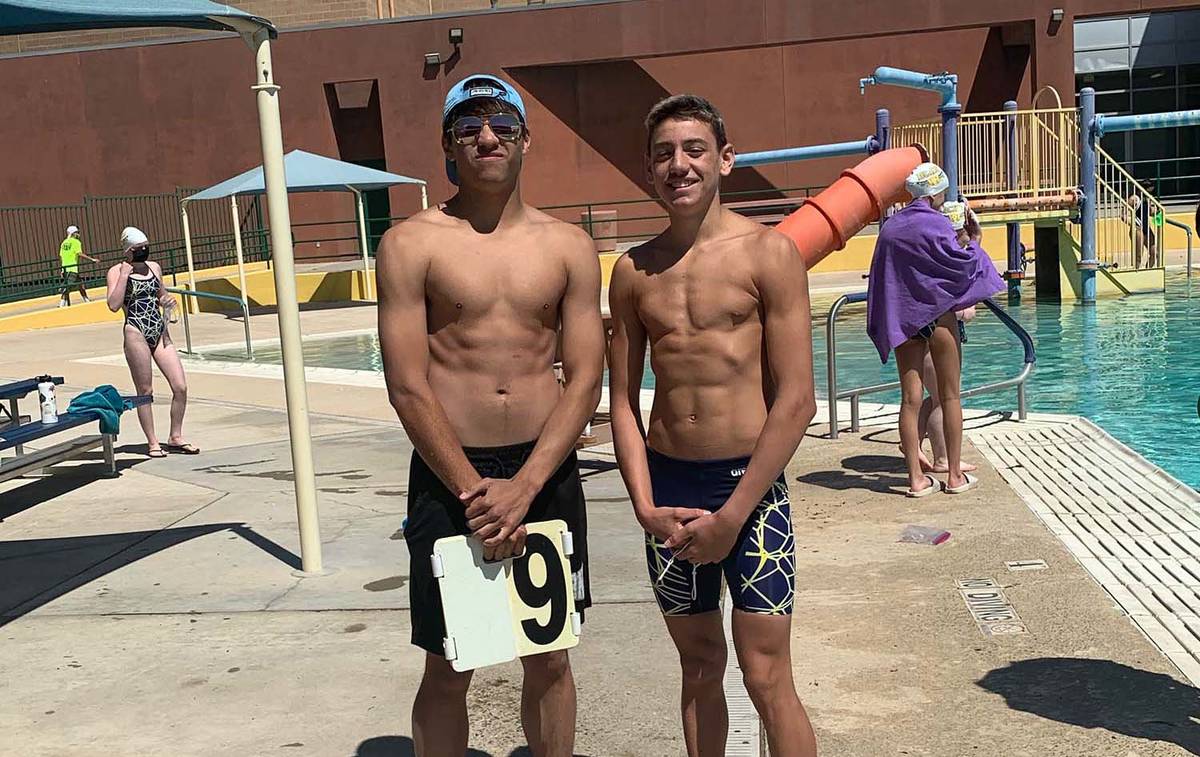 “It was a good first meet because it was in Mesquite and it was small so we did well, although it was not a fast pool,” head coach Sara Carroll said. “There were not a lot of best times, but really good results. We were missing four seniors who will be at our next meet.”

Looking to stay hot, the Eagles will face off against a trio of higher classified schools when they take on Desert Oasis, Foothill and Green Valley at Henderson Multigenerational Center on Saturday, April 24.

Competing in a 4A event at Liberty High School on Saturday, April 17, both Boulder City High School track and field programs finished third in their season openers.

Opening the season on a high note, senior Spencer Torgesen placed first in the pole vault and fourth in the 400-meter run for the boys, who finished with a team score of 23 points.

Looking to compete at a high level, the Eagles will host their first meet of the season Saturday, April 24, against 4A Basic and Rancho.

Completely taking over the top five, senior Blake Schaper (74) and David Heffel (84) helped the Eagles soar past the Trojans with a team score of 347.

Playing well on the day were seniors Kyle Carducci (91) and Jace Waldron (95), who finished fourth and fifth, respectively, to round out the Eagles’ efforts.

“It was great to be back on the course after more than a year from our last match,” head coach Andy Schaper said. “The boys hit the ball well, but they were a little rusty with their short games. They are working hard on 50 yards in, to lower their scores.”

Getting a chance to play on familiar territory, the Eagles will host today’s 3A league matchup at 12:30 p.m.