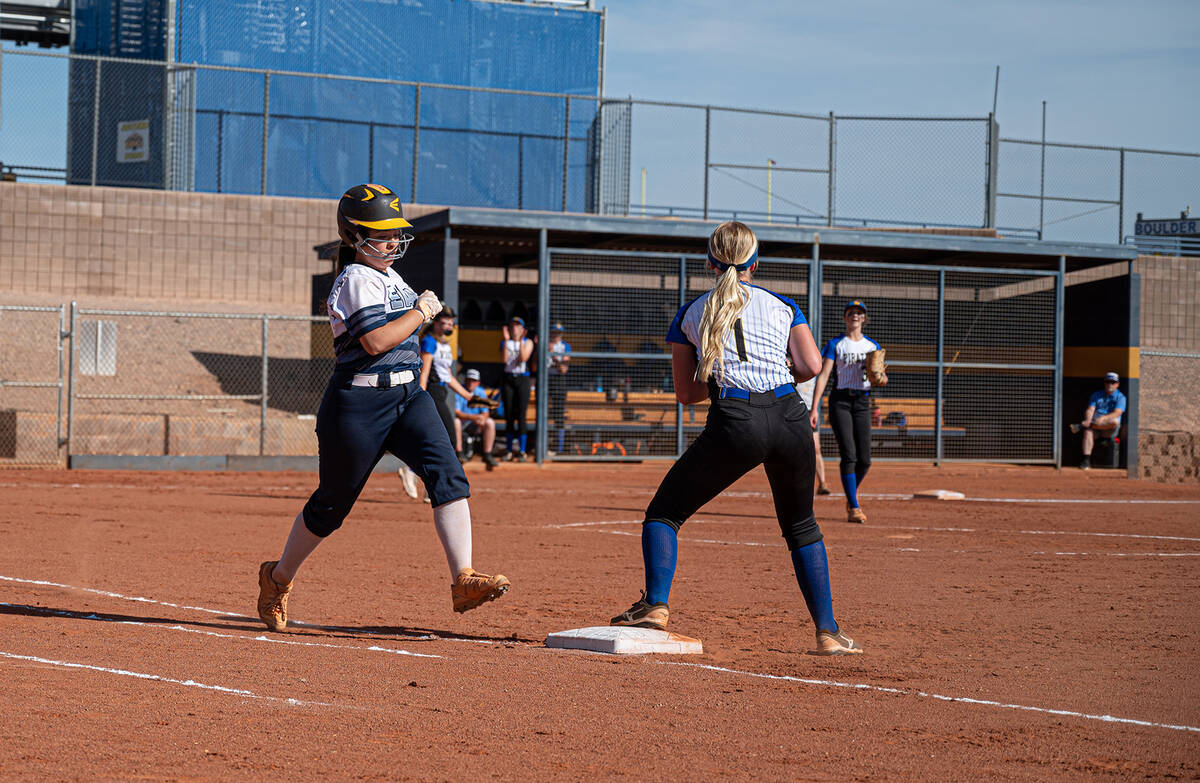 Rebounding in mighty fashion, the Lady Eagles run ruled the Pioneers in three innings behind a stellar day from senior Alyssa Bryant (2 for 3), who drove in four runs while striking out five batters in a winning effort on the mound.

Senior Samantha Bahde (2 for 2) and freshman Kylie Czubernat (1 for 1) each drove in three runs, while senior Paeton Carver (1 for 1) and sophomore Talynn Madrid (1 for 3) each drove in a pair of runs.

The Lady Eagles finished their recent slate with a 1-2 record, falling to rivals Moapa Valley 7-0 on Friday, March 25, and Virgin Valley 4-3 on March 23.

Sitting at 6-10 on the season, the Lady Eagles will travel to Pahrump Valley on Monday, April 4, and face Valley at home on Wednesday, April 6.

Holding their own against stiff competition, Boulder City High School’s girls track team finished sixth at the Richard Lewis Invitational on Friday, March 25, at Moapa Valley, while the boys finished in eighth place.

Competing among 14 teams, the girls finished with a team score of 38.5, finishing as the third 3A program at the event behind host Moapa Valley (131.5) and Virgin Valley (88.5).

Highlighting the effort for the girls was freshman Makayla Nelson, who finished third in the 1600-meter run. Junior Ashley Mendez finished fourth in the 100-meter hurdles.

Sophomore Mason Terrill finished ninth in the high jump and 10th in the triple jump.

In familiar territory this week, the Eagles will host a weekday event today, March 31.