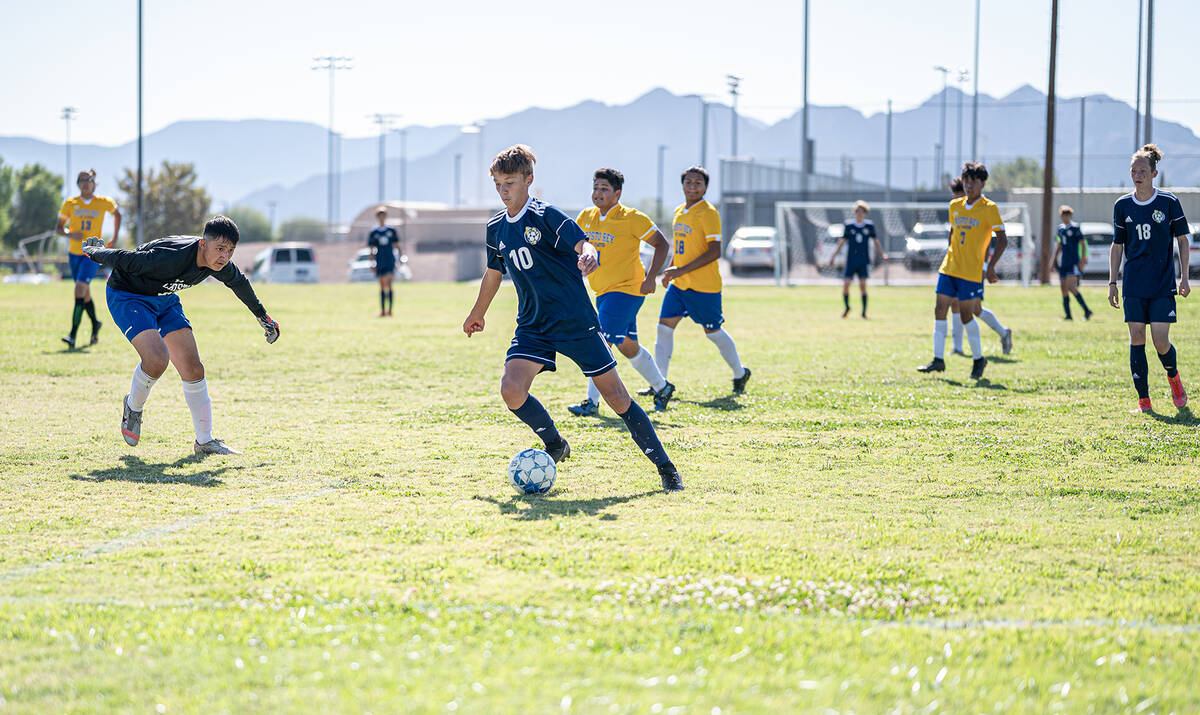 Scoring a pair of goals for the Eagles was junior Gavin Kesler, while freshman Luke Wright and sophomore Roman Rose each scored a goal.

Freshman Sean Pendleton fished out two assists for the Eagles, and Wright added an assist.

Looking to get back on track, the Eagles will host rival Virgin Valley today, Sept. 9, followed by a road game at Somerset Losee on Monday, Sept. 13.

Boulder City High School’s football team proved to be no match for rival Moapa Valley on Friday, Sept. 3, falling 54-14 and dropping its first contest of the season.

Giving up five passing touchdowns to the Pirates, the Eagles’ defense, which hadn’t allowed a point during its first two games, didn’t fare well against Moapa Valley’s high-powered offense, which is averaging 49 points per game this season.

On offense, sophomore quarterback Jacob Bryant competed 4 of 10 passes for 81 yards and a score, connecting with junior Torryn Pinkard for a 64-yard touchdown pass.

Pinkard finished the night with three catches for 78 yards.

Running the ball well despite the loss, junior Hunter Moore rushed for 111 yards on 20 carries, breaking out for a 35-yard touchdown.

Off this week to get some rest, Boulder City will resume its schedule Sept. 17 with a home game against rival Virgin Valley.

Playing at Siena Golf Club on Aug. 25 against The Meadows, the Lady Eagles shot a 437, falling behind Mustangs (398).

In their season opener, Camryn Schaper shot a 85 on the day, 13 above par, while Ella McKenzie and Ellie Speaker both shot 112.

Hosting a home match Sept. 2 against The Meadows and Coral Academy, the Lady Eagles performed well, finishing with a score of 407, right behind The Meadows (401).