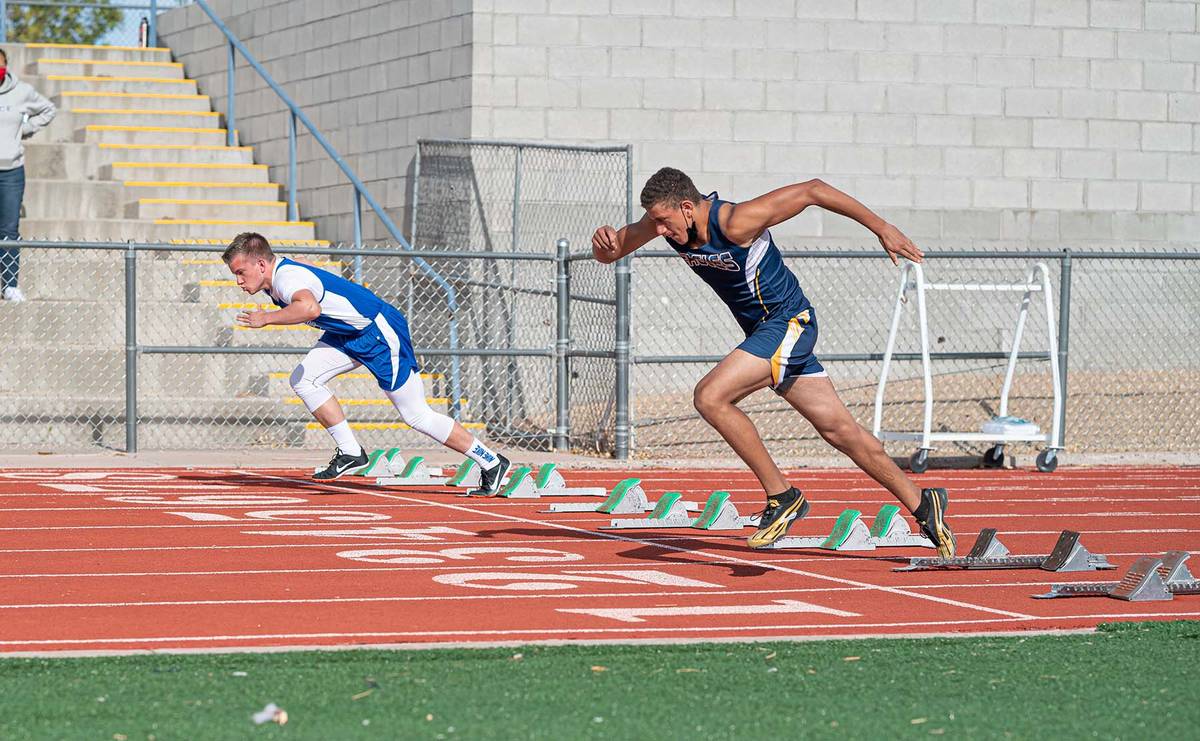 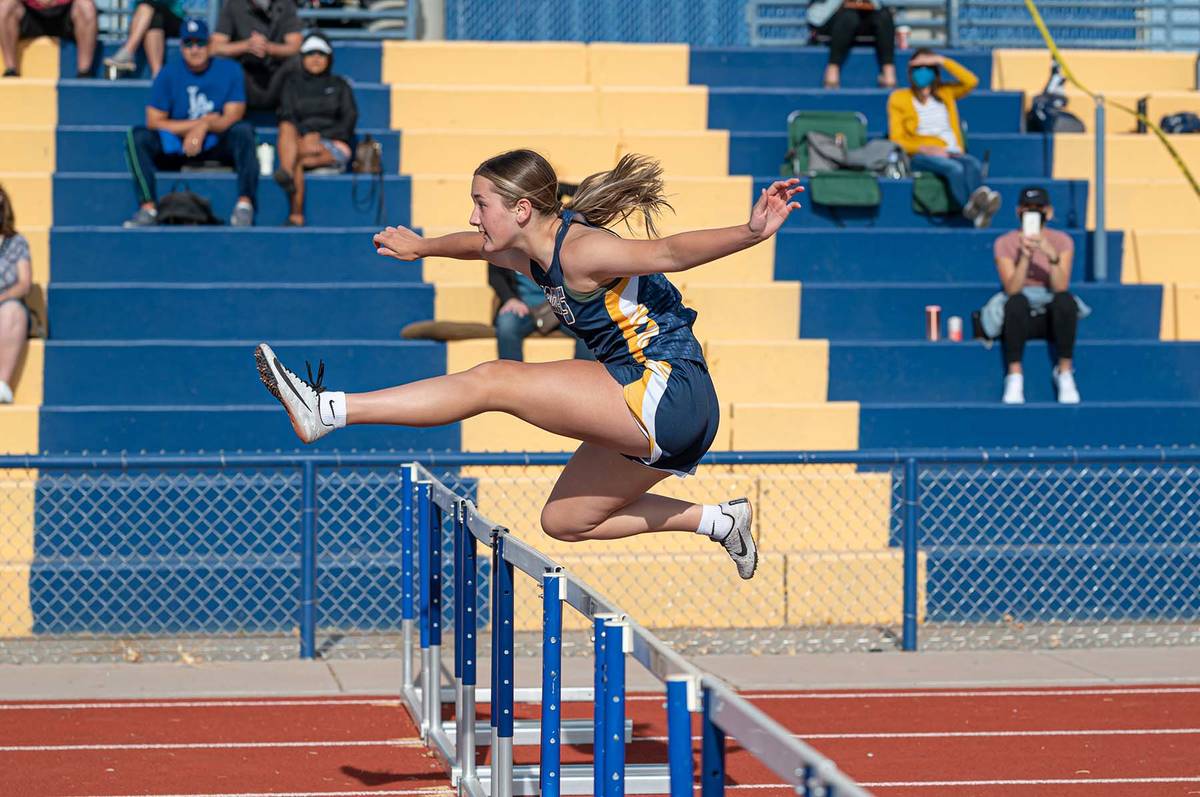 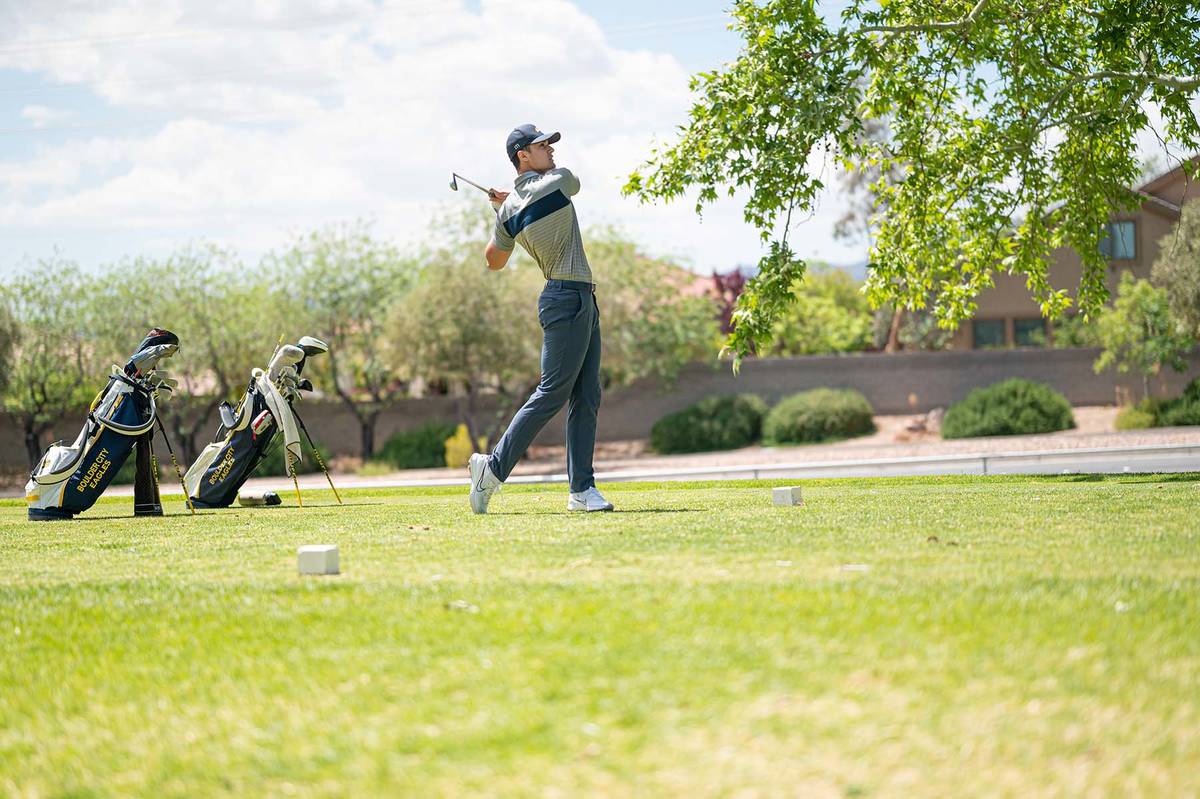 Competing against Basic, Laughlin and Rancho, the boys dominated the field, winning with a team score of 111 points. Basic finished second with a score of 37 points.

Featuring a stellar effort from the youngest team members, freshmen Ky’relle Akalu, Chase Jappe and Zach Stracha, led the way for the Eagles as their top points earners.

Leading the girls (third place with 92 points) over the field was junior Mary Henderson, who finished first in the 800-meter and 1600-meter run events.

Placing first with a team score of 306 points, senior Blake Schaper shot a 69 on the par 72 course to give the Eagles their best team score in head coach Andy Schaper’s coaching tenure with the program.

“Blake is working hard on his game and has become a great player,” Andy Schaper said. “He is very excited for the opportunities that are coming at the next level.”

“The boys played great and had their short game under control all day,” Andy Schaper said. “It was great to see Kyle and Jace have personal lows for their high school careers.”

Competing at Highland Falls on Tuesday, April 27, Blake Schaper shot a 74 and Carducci shot an 82.

Off for a week of practice, the Eagles will resume play May 6 with a home matchup.

Concluding the Eagles’ individual efforts was junior Ainsley Rogers, who placed first in the 100-meter breaststroke.

Heading back to the multigenerational center on Saturday, May 1, the Eagles take on Chaparral, Green Valley and Sierra Vista.

On the mound, senior Joey Giunta pitched a no hitter, striking out five of the six batters he faced.