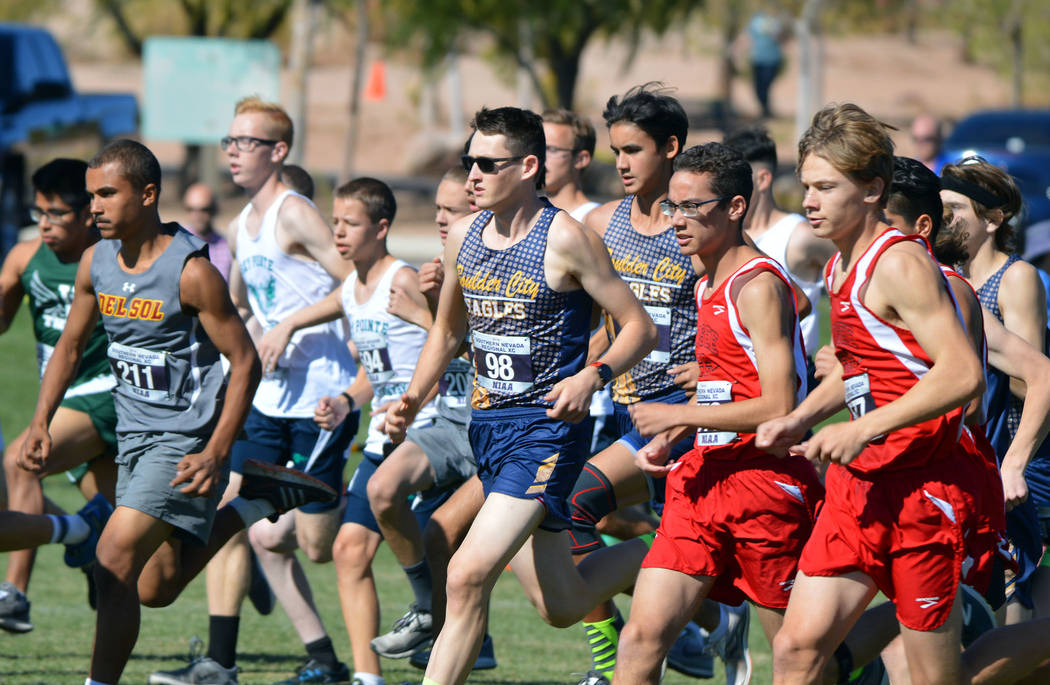 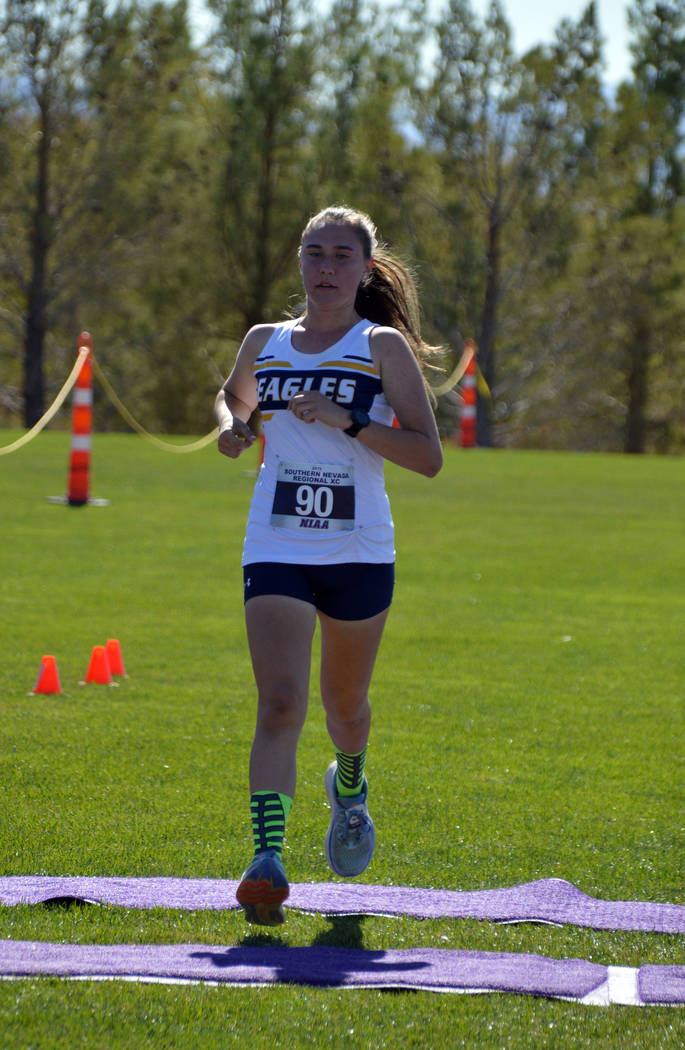 Running at Veterans’ Memorial Park, the Lady Eagles finished with a score of 45, behind rival Moapa Valley (41).

“A few of the girls had a tough day while others ran really well,” head coach Staci Selinger said. “Second obviously wasn’t the goal, but we’re happy to have made state.”

“That was huge and exactly where we wanted them,” Staci Selinger said.

Running among 62 competitors, junior Chloe Payne (25:03) and freshman Callie Torgesen (25:48) finished 17th and 23rd to round out the Lady Eagles’ efforts.

The Lady Eagles will now turn their attention to Saturday’s 3A state meet at Rancho San Rafael Park in Reno, Nevada.

“We are continuing to train and focus on our goals for state,” Staci Selinger said. “The northern teams are always tough, so we have to be ready to bring our best on Saturday in Reno.”

Looking for their first state tournament appearance since 2011, the Lady Eagles advanced to the region semifinals Wednesday, playing against Western. Results of that game will appear in next week’s issue.

Ending the regular session against Somerset Academy Sky Pointe on Oct. 31, the Lady Eagles stormed to a commanding 25-12, 25-10, 25-13 victory. Bailey and junior Kate Prior each generated 11 kills, while Herr added eight kills.

Back in action tonight, Nov. 7, at Moapa Valley High School, the Lady Eagles will take on SLAM Academy in the second round of the 3A regional playoffs.