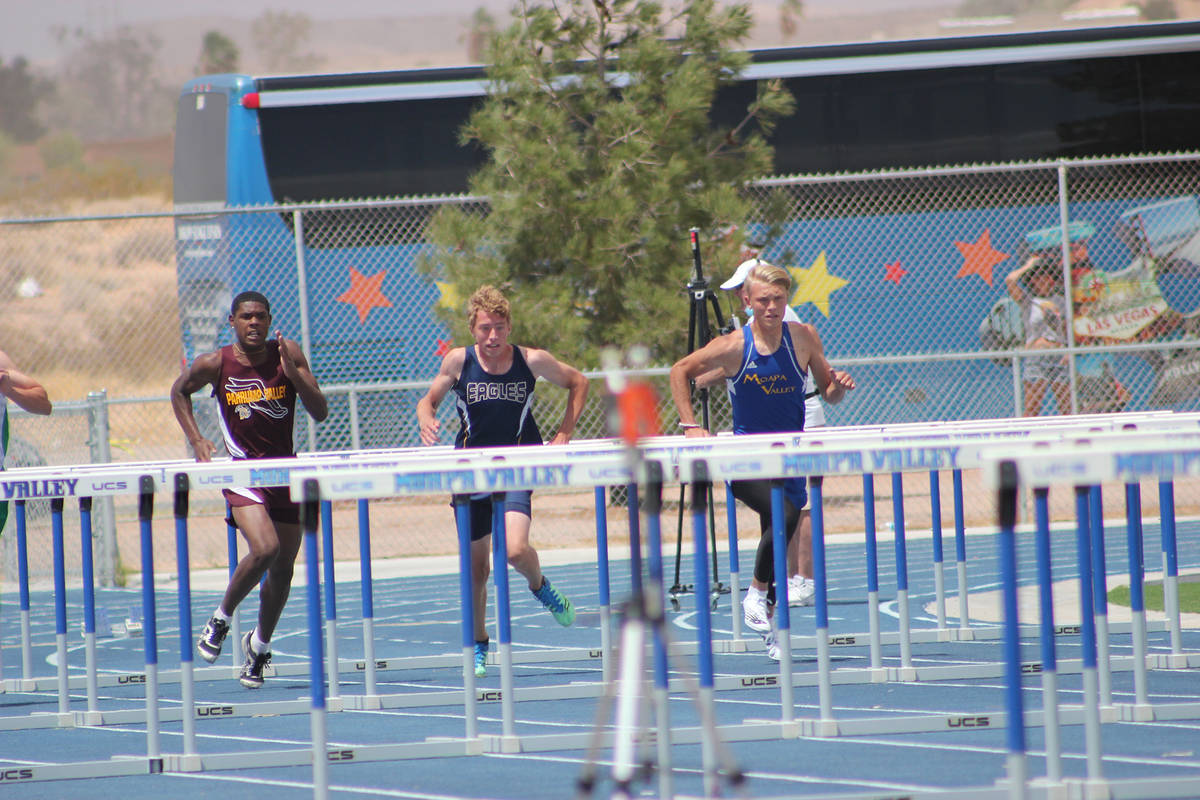 For the boys, who finished fifth out of 10 programs with a score of 57 points, senior Spencer Torgesen finished second in the triple jump and third in the pole vault. Senior Rafe Echeverria finished third in the discus and shot put events.

Showing that the future is bright for the program, freshman Mason Terrill finished fifth in the 110-meter and 300-meter hurdles, and freshman Ky’relle Akalu finished seventh in the long jump.

Senior Joe Hardy rounded out the Eagles’ effort with an eighth-place finish in the 1600-meter and 3200-meter runs.

In the win over Clark, 11-1 on May 18, junior Paeton Carver batted 5 for 7 with six runs batted in and a double, triple and home run. Senior Brooke Baker batted 4 for 7 with two RBIs and a double.

In the Lady Eagles’ second victory, with a score of 10-3 on May 20, junior Jaiden Van Diest batted 2 for 3 with three RBIs and a double.

In her two wins against the Chargers, junior Alyssa Bryant pitched 12 innings, allowing two earned runs off of eight hits and striking out 16 batters.

Having a difficult time with eventual regional champions Virgin Valley, who the Lady Eagles handed their only loss in the season on April 27, Boulder City fell 3-1 on May 19 and 11-0 on Friday, May 21.

Driving in the Lady Eagles’ only run in their two games against the Bulldogs, Carver finished 2 for 3 on May 19 with an RBI double.

Competing in the Cheryl Grossman End of Season Invite, which served as the high school state championships during the COVID-19 shortened season, Boulder City High School won 16 of 22 events in the cross classification contest between 3A and 4A programs.