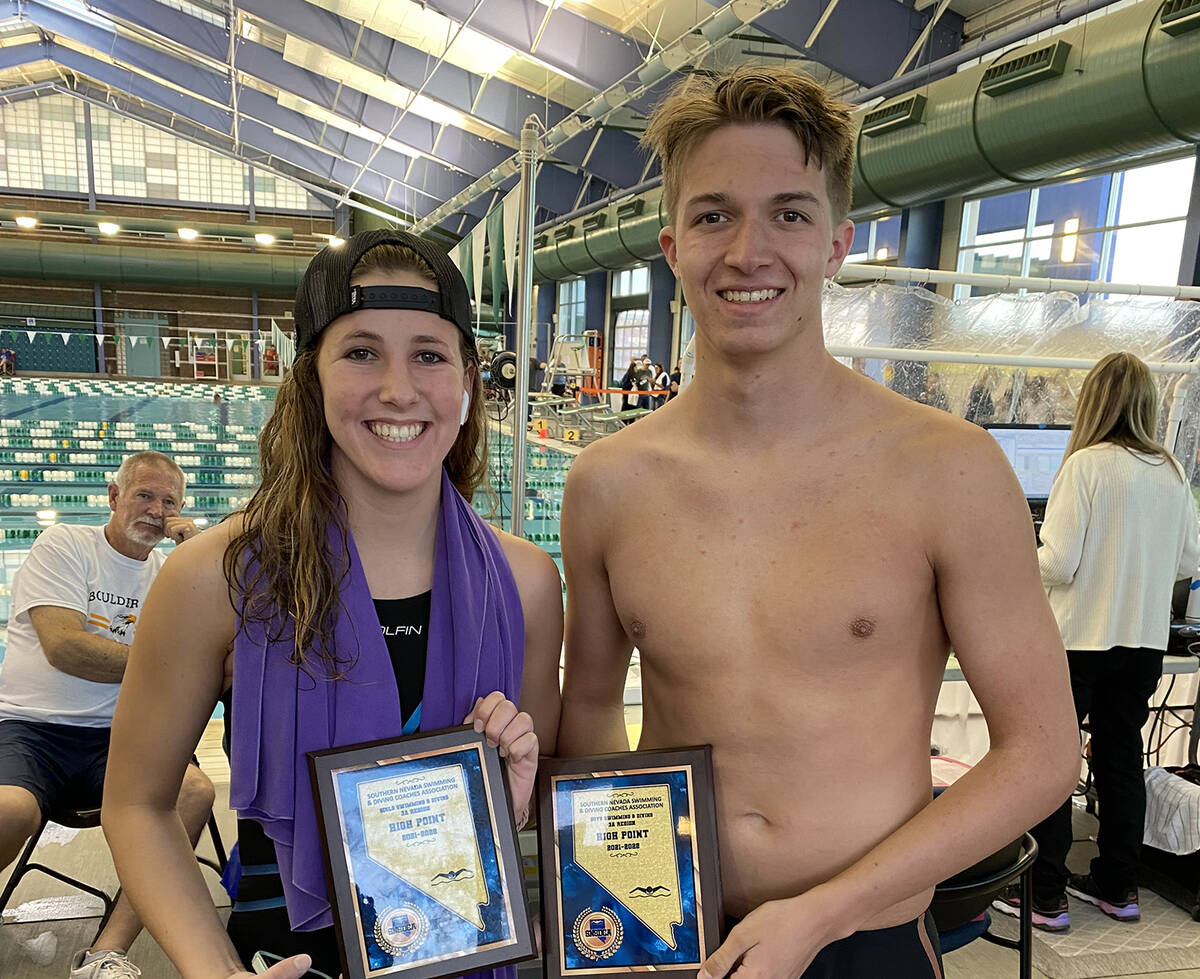 (Sara Carroll) Boulder City High School sophomores Phoebe McClaren and Troy Higley were named the 3A swimmers of the year after the Southern Region championships May 12, 2022. 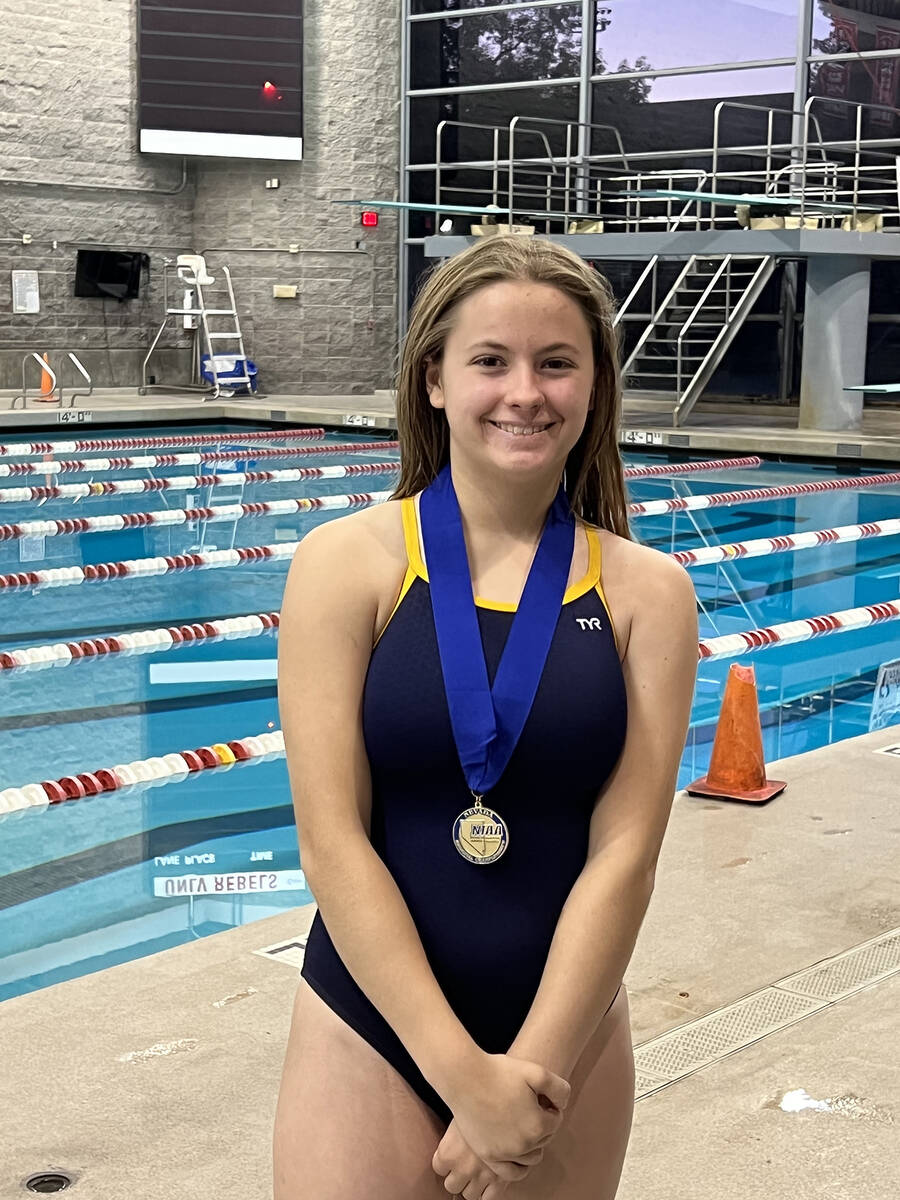 (Sara Carroll) McKenna Morrow, a sophomore at Boulder City High School, won the regional 1-meter dive Friday, May 13, 2022, and will head to the state competition.

Junior Tara Higley placed first in the 50- and 100-yard freestyles.

Peaking at the right time, both teams will take the pool for a chance at a state title Saturday, May 21, at Pavilion Center Pool in Las Vegas. In all, BCHS will send 16 swimmers to the competition, said coach Sara Carroll.

In diving, sophomore McKenna Morrow won the regional 1-meter dive and will head to the state competition, which will be held Friday, May, 20.

Phoebe McClaren and Higley also were named the 3A swimmers of the year, according to Carroll.

Competing at regionals Saturday, May 14, at Moapa Valley High School, several athletes from the boys and girls track program at Boulder City High School have clinched a state berth.

“It’s truly great to see so many of our athletes qualify,” coach Mark Misuraca said. “The program is certainly heading in the right direction.”

Individually for the boys, sophomore Mason Terrill qualified for state in the 110- and 300-meter hurdles after placing second and third, respectively, at regionals.

Highlighting team efforts, the Eagles as a whole will send seven relay teams to state, four from the girls and three from the boys.

For the boys, seniors Kenneth Reinhart and Zach Martin, junior Brayden Jones and freshman Jayden Thackeray will make up both the 4×400 and 4×800 teams.

In the 4×200 event, Thackeray and sophomores Joshua Broadbent, Zach Strachan and Evan Valencia will represent the Eagles.

The 3A state meet will be held Friday and Saturday, May 20 and 21, at Reed High School in Sparks, Nevada.

Boulder City High School’s varsity baseball team ended its season with a 10-7 postseason loss to Moapa Valley on May 12.

Battling back from a 6-0 deficit, the Eagles’ comeback bid fell short, despite scoring multiple runs in the fifth and sixth innings.

Finishing the postseason with a 3-2 record, the Eagles fought their way back in the losers bracket, defeating Clark 15-5 on May 11 and Pahrump Valley 4-2 on May 12.

Against Clark, Jeremy Spencer batted 3 for 4 with four RBIs, and junior Isaac Gibson batted 2 for 3 with two RBIs.

Gibson picked up the win against Clark, striking out five batters.

Against Pahrump Valley, junior Brayden Cook batted 1 for 3 with a three-run home run, and Gibson batted 2 for 2 with an RBI.

On the mound, sophomore Dylan Render picked up the victory, striking out 10 batters.

The Eagles finished the year with a 19-7 record.