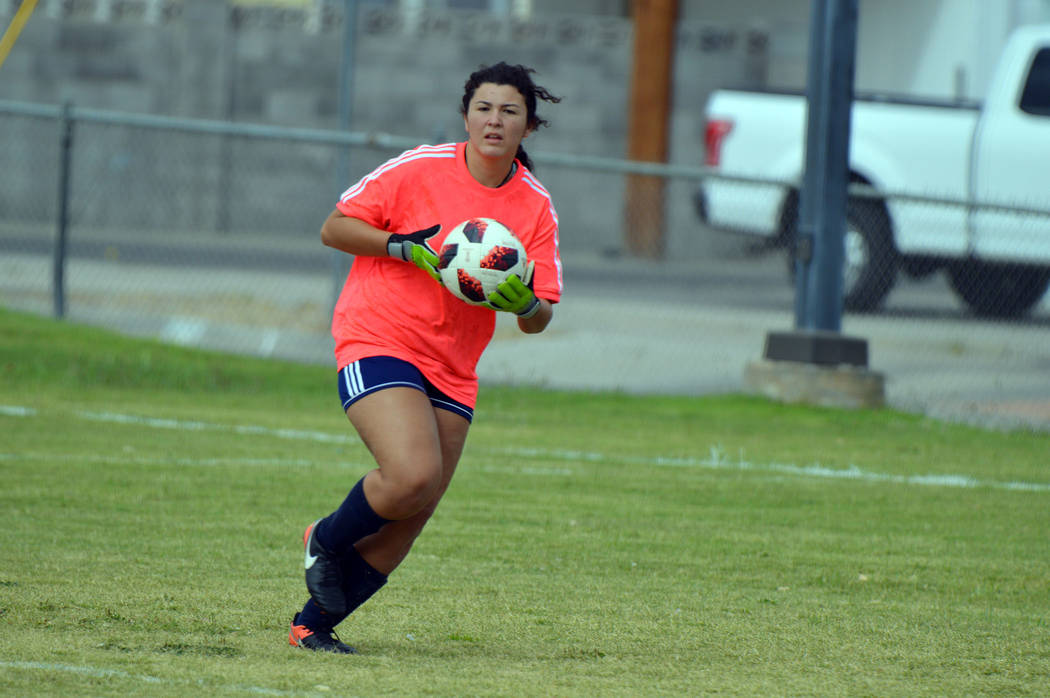 (Celia Shortt Goodyear/Boulder City Review) Boulder City High School goalie Erin Taggard, a senior, stops a shot on goal at the home game Monday, Sept. 16, against Virgin Valley and looks for an open player to pass the ball to. 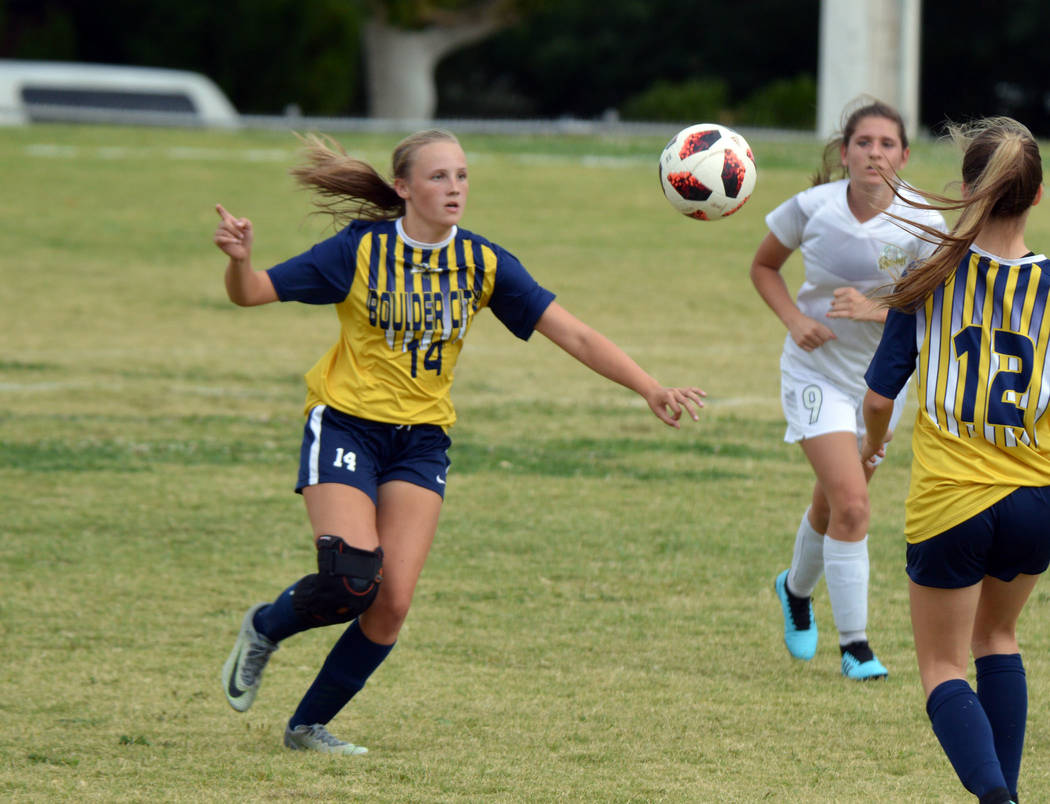 Sharing the ball effectively, senior Sydney Adams, junior Barbara Williams and freshman Genevieve Balmer all scored a goal for the Lady Eagles against the Bulldogs.

Results from the Lady Eagles’ Wednesday, Sept. 18, matchup with SLAM Academy will appear in next week’s issue.

Hosting rival Moapa Valley on Sept. 12, the Eagles powered their way to a 5-2 victory over the Pirates, behind four goals from junior Julian Balmer.

The Eagles faced SLAM Academy on Wednesday, Sept. 18; results will appear in next week’s issue.

Running at the Clark County Fairgrounds, the Lady Eagles won with a team low score of 37 points, followed by rival Moapa Valley (47) and 4A Basic (61).

Leading the way for the Lady Eagles was senior Audrey Selinger, who placed fourth with a time of 22:24. Sophomore Mary Henderson (22:43) and junior Sophie Dickerman (22:56) placed sixth and seventh, respectively.

Helping the boys place fifth out of 11 programs with a score of 133, junior Ethan Porter led the way with a seventh-place finish with a time of 18:02.

Rival host Moapa Valley finished second for the boys with a score of 86.

The Eagles host a weekday event Wednesday, Sept. 18; results will appear in next week’s issue.

Steamrolling through both of their opponents, Boulder City High School’s boys and girls tennis programs continue to build momentum.

Against Valley in a 14-4 victory, Kryshchuk and Pappas finished 1-0 in doubles, along with senior Katelyn Fox and sophomore Reggi Gibbs.

Looking to continue their dominance over the 3A classification, Boulder City will travel to Chaparral on Tuesday, Sept. 24.

Results from the teams’ Wednesday, Sept. 18, match against Del Sol will appear in next week’s issue.