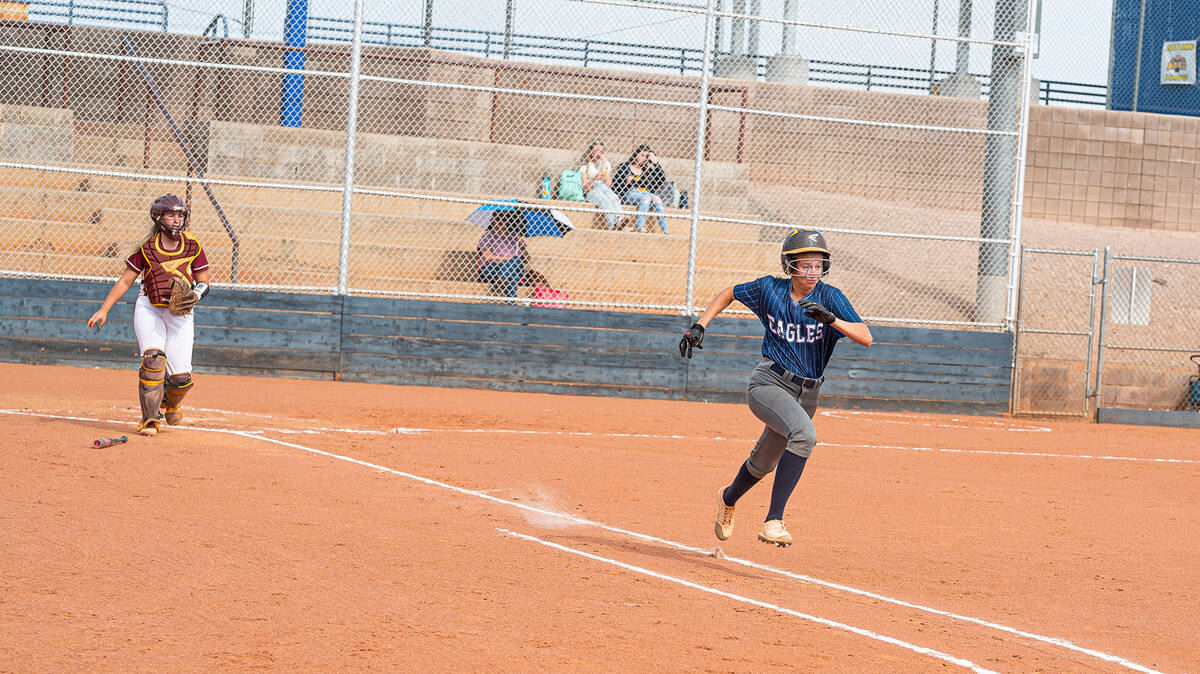 Chipping in a pair of RBIs each, sophomore Taylnn Madrid batted 1 for 3 and senior Jaiden Van Diest batted 1 for 4.

On the mound, Bryant picked up the victory, striking out 12 batters.

Defeating Desert Pines 17-0 on April 20, junior Sarah Coplin batted 2 for 3 with four RBIs and a triple. Sophomore Jordyn Wetherbee batted 1 for 3 with three RBIs and a double.

On the mound, Bryant picked up the win, striking out three batters.

Sitting at first place in the 3A Desert League, the Lady Eagles have now won six consecutive games, peaking at the right time.

“It’s super important to finish first in our league because the stronger we finish, the better position we’ll be in for the playoffs,” Bryant said. “That means a better chance of us going to state.”

Heading into the final stretch of the season, the Lady Eagles will travel to Valley today, April 28, followed by a road game at SLAM Academy on Monday, May 2.

Competing at the Henderson Multigenerational Center on Saturday, April 23, Boulder City High School’s boys swim team defeated Durango 363-66, while the girls competed among themselves as the lone 3A participant.

Prepping for their last regular season meet of the season, the Eagles will take the pool Saturday April 30 at Henderson Multigenerational Center

Holding a team score of 37 points, the Eagles trail only rival Pahrump Valley (39 points) in the standings, looking to close the gap heading into regionals.