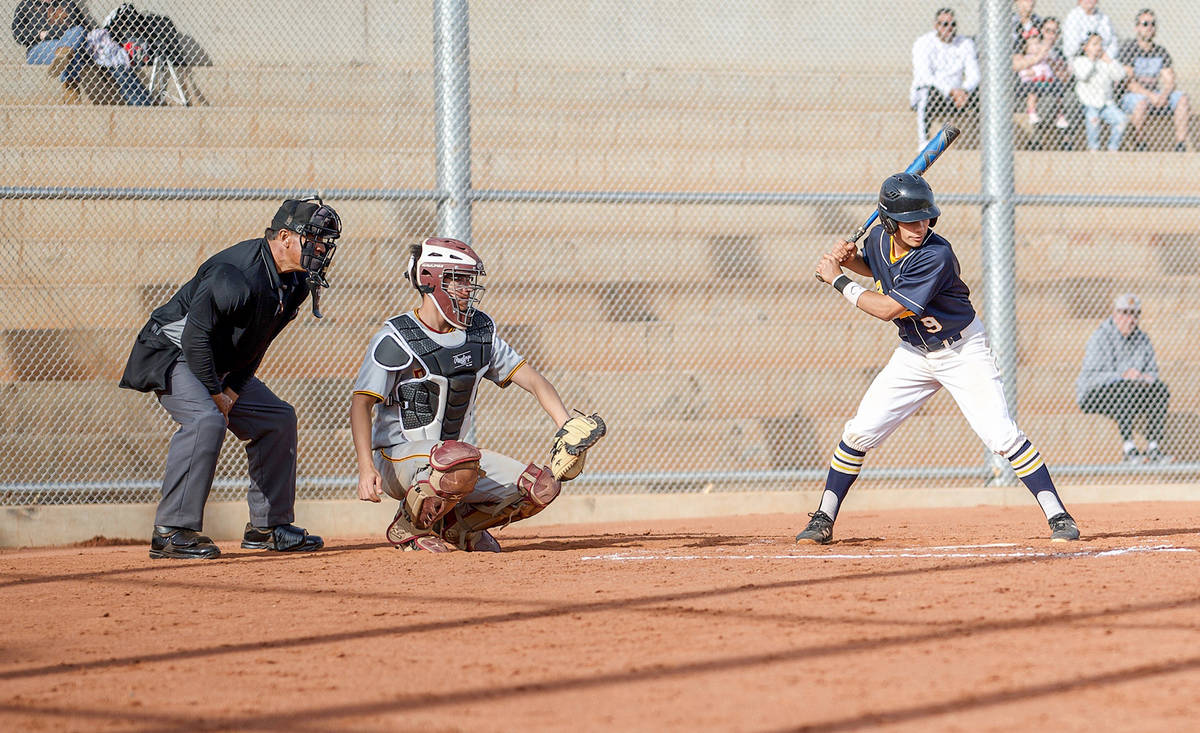 Taking a one-run game into the top of the fifth, Boulder City High School’s baseball team exploded for 15 runs in the final two innings against Valley on March 11, routing the Vikings 16-1.

Helping the Eagles cruise past the Vikings, junior Connor Garrison (1 for 3) drove in three runs, while juniors Matt Felsenfeld (2 for 4) and Scott Bahde (1 for 4) each drove in a pair of runs off of doubles.

Junior Randy Miller finished 2 for 2 with a run batted in and freshman Seth Graham pitched in a sacrifice fly. Junior Troy Connell batted 2 for 4 with a pair of doubles.

Pitching a near shutout on the mound, senior Jonathan Neal gave up one unearned run off of two hits, while striking out six batters.

Shutting out Valley 14-0 on March 11, Boulder City High School’s softball team dominated in what could be its last game of the season.

Emerging as a star on both sides of the ball for the Lady Eagles, sophomore Alyssa Bryant batted 2 for 4 with three runs batted in and a double, while throwing five scoreless innings where she allowed one hit with 10 strikeouts.

Also driving in three runs was sophomore Paeton Carver, who batted 2 for 3. Sophomore Cayla Tillema batted 2 for 2 with an RBI.

Senior Ellie Ramsey and junior Rose Mackey each batted 2 for 3 with an RBI.