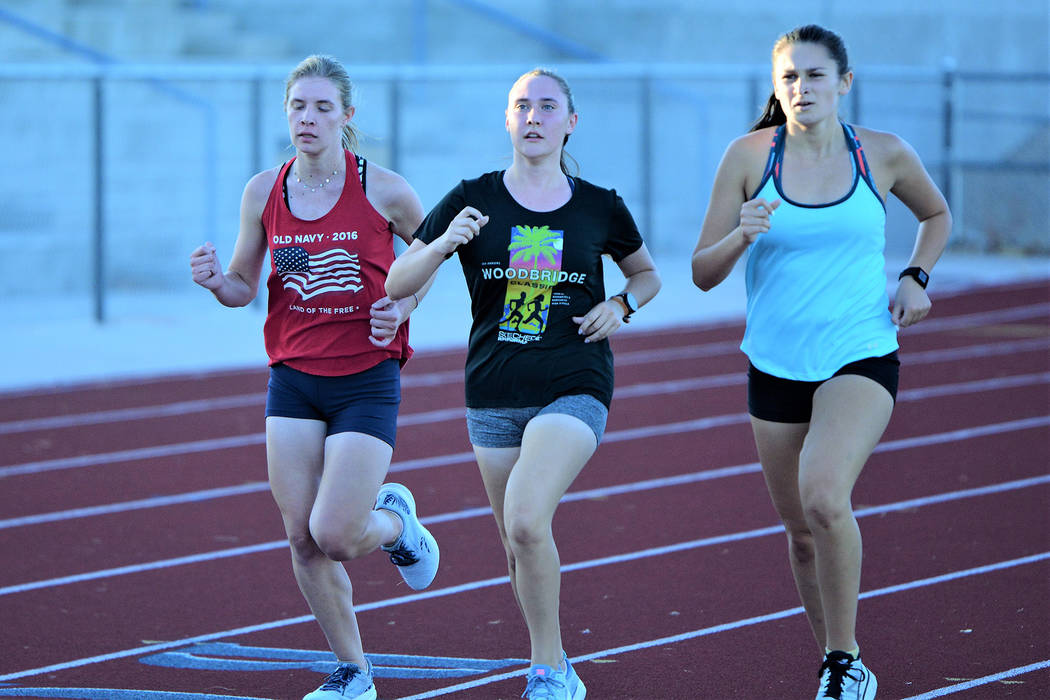 Coming off of a regional championship effort last season, the Lady Eagles are expected to be among the top teams in the 3A classification.

“I expect the girls to win regionals again this season,” head coach Staci Selinger said. “Our ultimate goal is to win a state title. Regionals is on our home course again this year so we expect to do good.”

Featuring one of the strongest cores in the 3A, senior Audrey Selinger, junior Sophie Dickerman and sophomore Mary Henderson all return, in hopes of leading the Lady Eagles to their first state championship since 1999.

“It’s really reassuring to know that the race is not depending on just one lead runner,” Audrey Selinger said. “It’s nice to know we have backup if someone is having a bad day. I think we could be even better off this season, with a lot of our times closer together.”

“Our returners are stronger and fast this year and we added another solid girl from track in Chloe Payne,” Staci Selinger said. “I believe we have a really strong core of four and then we have two freshmen who were really good in junior high so they’re going to be something to be reckoned with.”

The boys program finished sixth at regionals last season and looks to build upon that.

“We have a strong division and they know it, so they’re working hard,” Staci Selinger said. “They’re really taking the training seriously this season and working together as a group. They’re at a whole different level than where they were at last year.”

Junior Ethan Porter is looking for more than just individual success this season. Working on becoming a better leader, Porter said he is hopeful he can push the best out of his teammates.

“I want to get back to state individually, but I also want my teammates to go with me,” Porter said. “I want us to all represent our school at state. We’ve all been working hard, especially in practice. I’ve been running with my teammates and trying to push them to keep up with me so we can place higher at our meets.”

Finishing fifth at regionals, Porter is a near lock to earn a state meet bid for the second consecutive season, but coach Selinger said she doesn’t expect him to be the only Eagle attending.

All a year older and faster, senior Rome Peregrino, Sean White and Seth Woodbury are inching closer to Porter, she said

“Ethan’s really going to have some competition I think from Sean, Seth and Rome,” Staci Selinger said. “Those four together are going to be pushing each other. We have a bunch of new faces on the boys team so it will be interesting to see who falls after them. We’re trying to get them back to state.”

Both teams will start their season Saturday, Aug. 24, in the Red Rock Running Co. Invitational at Floyd Lamb Park.

Entering the season as two-time defending 3A state champions, Boulder City High School’s girls golf team has all the pieces to be back in the mix for a third title.

“This should be an exciting year,” head coach Andy Schaper said. “We have a lot of work to do with replacing a few missing players from last year, but we will have home-course advantage with hosting state this year.”

Expected to round out the Lady Eagles’ core will be junior Rose Mackey, sophomore Ella McKenzie and freshman Camryn Schaper.