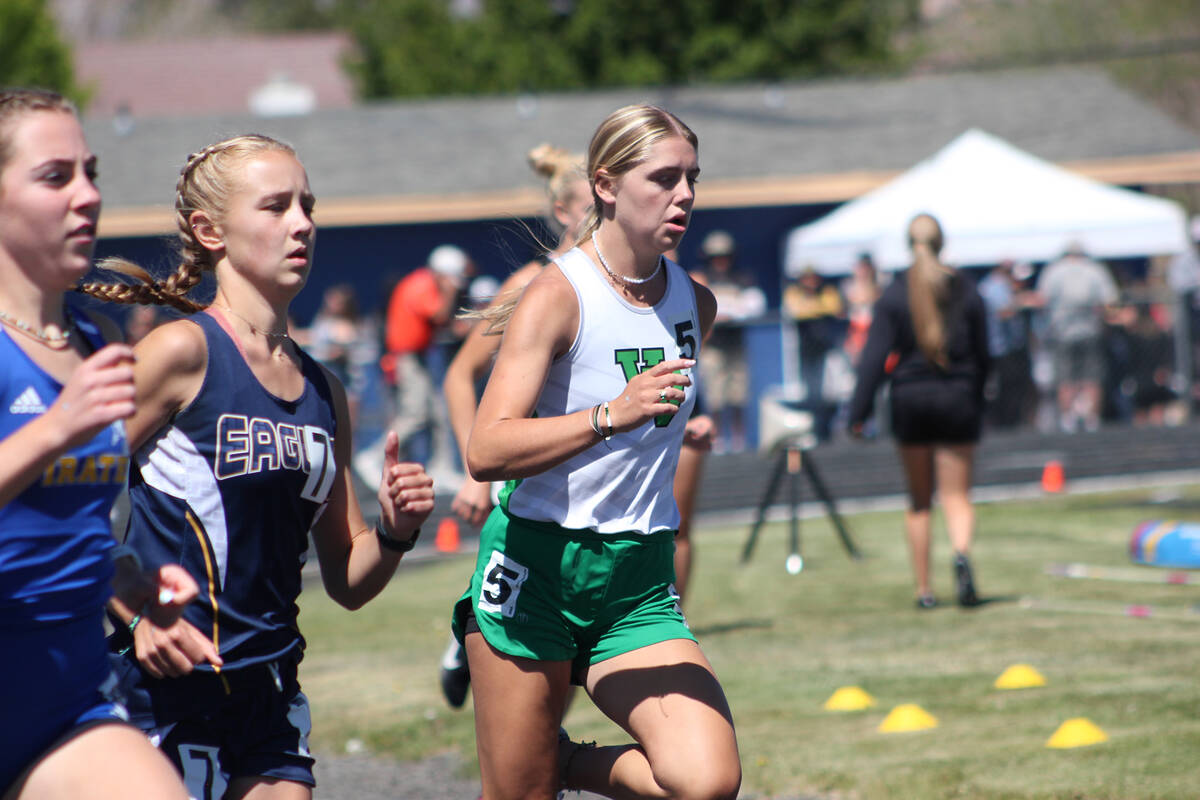 (Mark Misuraca) Boulder City High School freshman Makayla Nelson, center, looks to break from the pack in the girls 800-meter run during the state track competition at Reed High School in Sparks on Saturday, May 21.

An up-and-coming star for the girls’ program, freshman Makayla Nelson finished sixth in the 800-meter run and eighth in the 1600-meter run.

In relay races for the girls, Henderson, Nelson and juniors Callie Torgesen and Acacia Williams placed sixth in the 4×800 team, finishing as the girls’ top-placing relay team.

For the boys, sophomore Mason Terrill finished fourth in the 110-meter hurdles and seventh in the 300-meter hurdles. Senior Trevor Hoffman placed fifth in the pole vault.

“We got a lot of freshmen and sophomores to the state meet,” said coach Mark Misuraca. “Just getting here was a huge bump for the program.

“Everyone, with the exception of Mary, should be coming back next year and this was a great experience for them.”

Forty-two golfers competed in the championship.

Falling to host Fernley 10-0 on May 19, the Lady Eagles were no hit by the Vaqueros.

Falling to North Valley 8-0 on Friday, May 20, seniors Lily Hood and Jaiden Van Diest and freshman Baylee Cook all batted 1 for 3 at the plate.

The Lady Eagles finished their season with a 16-14 record.