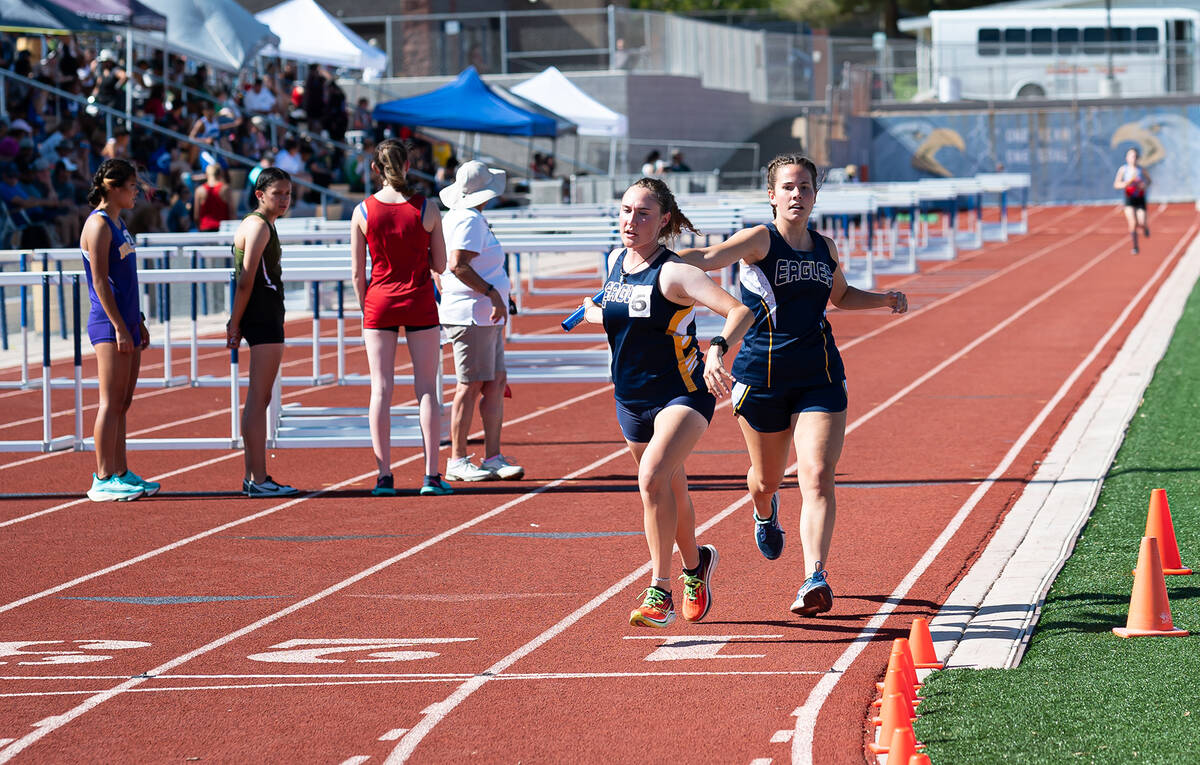 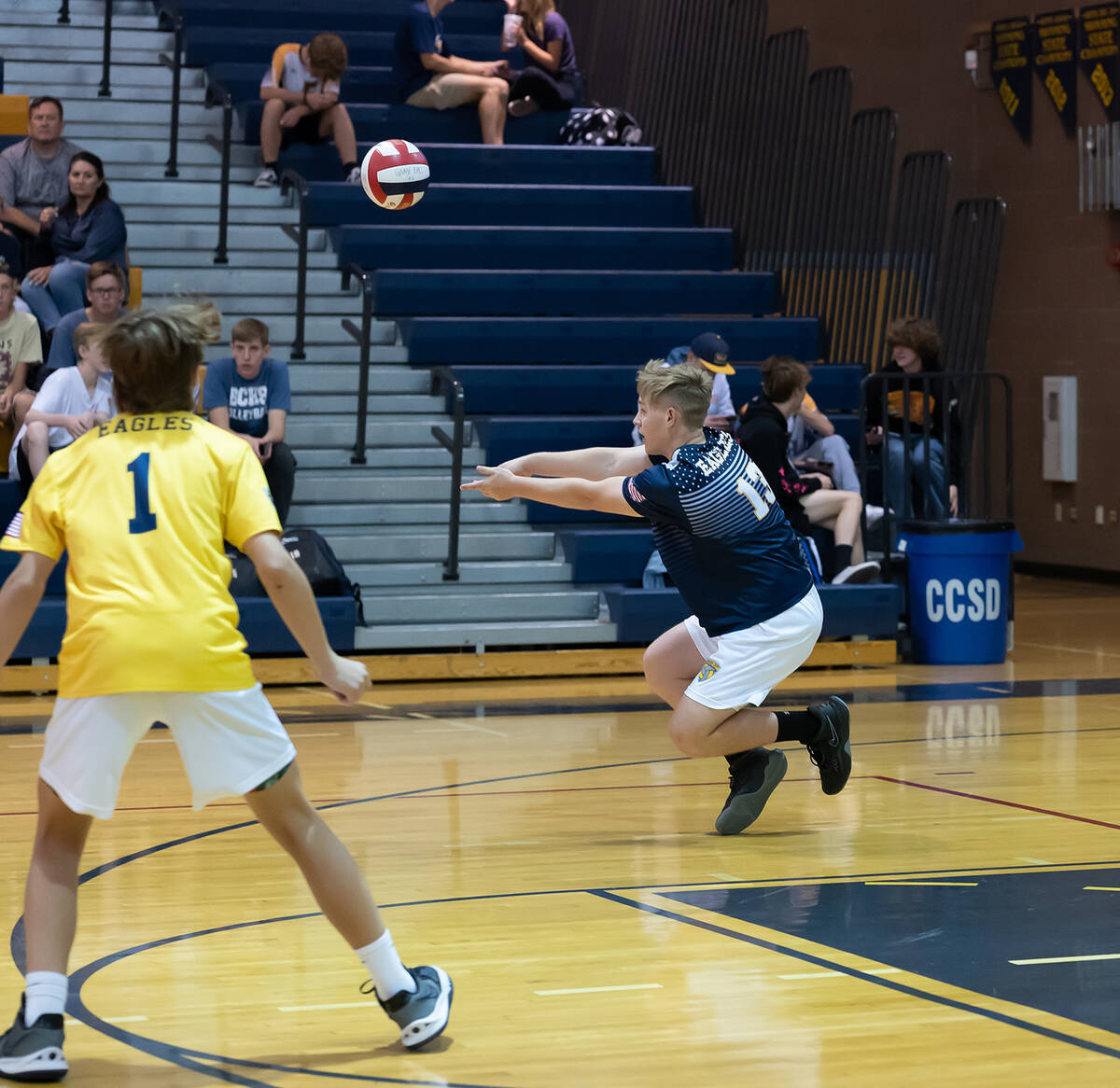 Finishing fifth out of 15 teams, senior Mary Henderson finished third in the 1600-meter run for the girls, while freshman Ellie Palmer finished fourth in the 3200-meter run.

For the boys, who finished sixth out of 19 teams, sophomore Mason Terrill finished second in the 110-meter hurdles and senior Trevor Hoffman finished fourth in the pole vault.

Placing near the top for the boys, junior James Grace-Madrigal finished fifth in the discus and 12th in the shot put. Junior Brayden Jones placed seventh in the 1600-meter run.

Prepped for regionals on Friday and Saturday, May 13 and 14, the Eagles will travel to Moapa Valley for the competition.

Finishing the regular season with a 27-6 record, the Eagles open postseason play as the top seed. Their first match was against Chaparral on Wednesday, May 11. Results will appear in next week’s issue.

With a team score of 847, Boulder City High School’s boys golf team finished second after competing at regionals May 9 and 10 at Palms Golf Club and CasaBlanca Golf Club.

Trailing only Pahrump Valley (774), the Eagles were led by freshman Agustin Acosta, who finished in fifth place with a score of 201 over the two-day stretch.

The boys will travel to Pahrump Valley on Tuesday and Wednesday, May 17 and 18, for the 3A state meet at Mountain Falls.

Competing in the regional preliminaries at Pavilion Center Pool on Monday, May 9, both Boulder City High School swim programs took the meet by storm.

Regional finals are set for today, May 12, at Pavilion Center Pool.