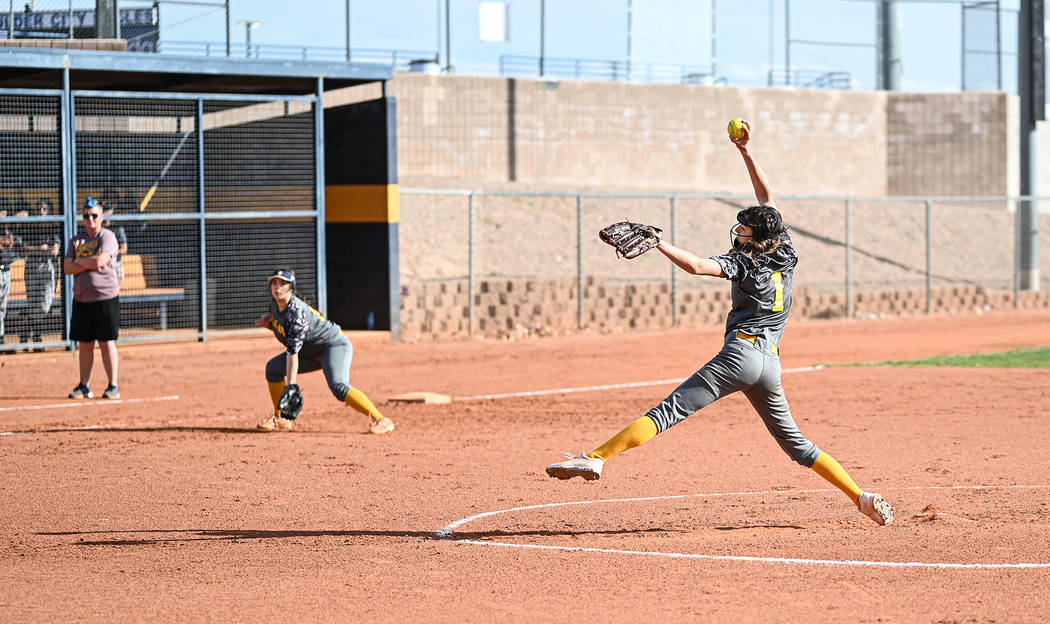 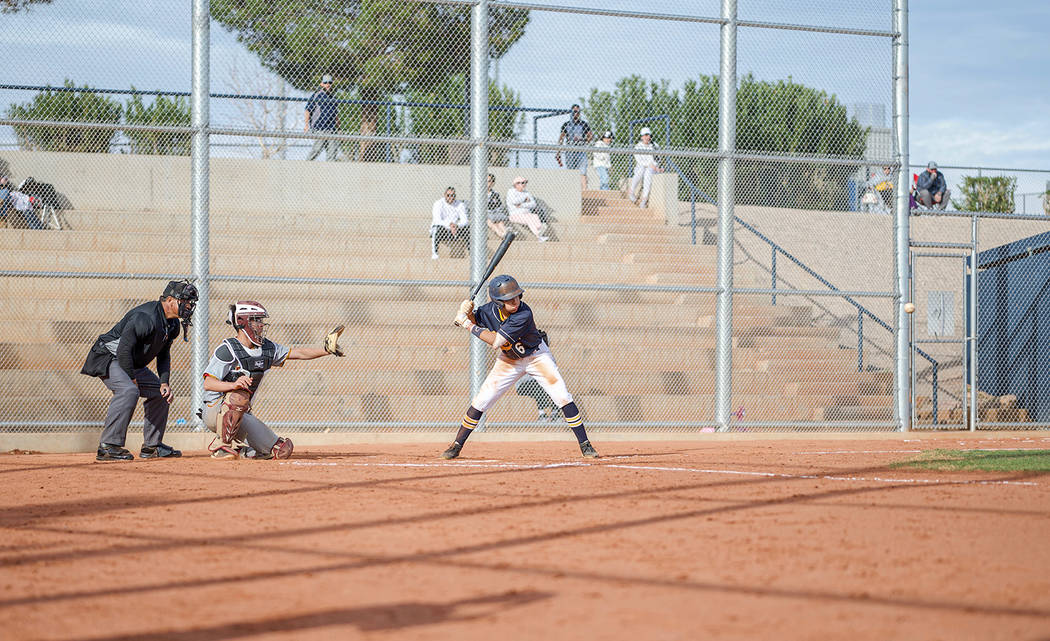 Run-ruling the Dragons in three innings, junior Deavin Lopez batted 2 for 2 with five runs batted in off of a pair of doubles. Juniors Matt Felsenfeld (1 for 1) and Troy Connell (1 for 2) each drove in a pair of runs.

Senior Joey Camps (1 for 1) and junior Scott Bahde (1 for 2) also drove in a run each, while sophomores Chase Calvez and Isaac Tuenge each had a sacrifice fly.

Earning a much-needed victory, the Eagles started the season 0-4 playing in the 4A-laden Bonanza Kickoff Tournament on March 5, 6 and 7.

Playing tough with the higher-classified opponents, the Eagles fell to Shadow Ridge and Bonanza 5-1, and Bonanza again 9-8 in game one of their doubleheader.

Nearly knocking off Bonanza in game one of their doubleheader Saturday, March 7, the Eagles scored five runs in the seventh inning before falling short of their comeback rally attempt.

Throughout the season’s first five games, Lopez is 4 for 8 at the plate with seven RBIs, Connell is 4 for 14 with four RBIs, and Gilliam has batted 6 for 13 with two RBIs.

Looking to build a winning streak, the Eagles will travel to Mojave today, March 12, before hosting Democracy Prep on Tuesday, March 17.

Routing the Dragons in three innings during their home opener, sophomore Jaiden Van Diest batted 1 for 1 with two runs batted in and sophomore Paeton Carver finished 1 for 2 with two RBIs. Senior Ellie Ramsey (1 for 2) and junior Brooke Baker (0 for 1) each drove in a run.

Sophomore Alyssa Bryant picked up the win on the mound, her third of the season, helping the Lady Eagles also defeat Palo Verde Valley (California) and Faith Lutheran in the Colorado River Invitational.

Playing tough throughout the invitational, the Lady Eagles fell to Twentynine Palms (California) 3-2 on March 5 and Williams (Arizona) 5-4 on Friday, March 6.

Looking to make a return trip to state for the ninth consecutive season, Boulder City High’s boys golf team should be among the top teams in the southern region again this season.

The boys, 3A state champions in 2018 and state runner-up last season, looked ready Tuesday, March 10, to make a return trip, winning their league opener with ease at The Club at Sunrise.

“Our main goal is to get back to being state champions,” head coach Andy Schaper said. “We have our work cut out for us; Truckee will be very good this year. All we can do is work on limiting our mistakes and working on getting our short game to where it needs to be. We’re going to try and keep our scores low and have some fun out there.”

Cruising through their league meet, the Eagles soared to a team score of 324, defeating rival Virgin Valley (375) and Somerset Academy Sky Pointe (405).

Grabbing the top four spots, junior Blake Schaper finished first with a par score of 72, followed by senior Dustin Landerman, who shot a 79. Sophomore Jace Waldron shot a 86 for a third-place finish and junior Kyle Carducci finished tied for fourth with a score of 87.

Playing in the 4A-laden Pahrump Valley Invitational at Mountain Falls that featured 91 players from top programs like Bishop Gorman, Coronado and Palo Verde on Friday, March 6, Blake Schaper placed 13th with a score of 151.

Looking to get in as much practice against top competition as possible, the Eagles will host 4A Green Valley on Tuesday, March 17.