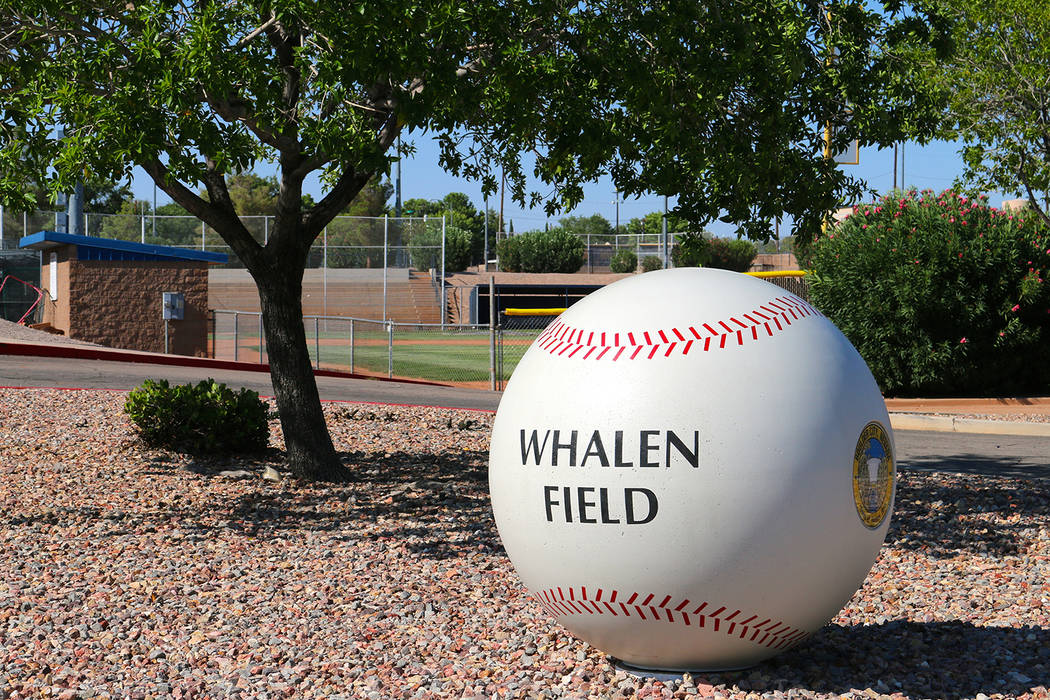 Southern Nevada Eagles 18U baseball team picked up a pair of victories over Green Valley on June 19 and Shadow Ridge on Friday, June 21, in the Southern Nevada Connie Mack League, advancing to 10-2 on the season.

“Those were some really solid wins for us,” coach Jimmy Lee said. “We had a lot of guys step up in key moments and deliver key performances when we needed them to.”

Knocking off the Gators in a doubleheader, the Eagles won game one 6-0, before battling back in game two for a 7-4 victory.

“I thought our performance against Green Valley was phenomenal,” Lee said. “We were down early in game two and fought our way back behind great pitching and timely hits.”

The Gators scored three runs in the second inning and one in the third inning to build a lead, leaving the Eagles trailing 4-1 heading into the top of the sixth inning before pitcher Ian Mills shut down Green Valley’s offense.

Coming in to pitch relief, Mills gave up a lone run in the third inning before dominating the competition with 10 strikeouts while only allowing three hits.

“It was big time for Ian to come in and pitch lights out in his relief effort,” Lee said. “He was a kid who really wanted to take the mound and I’m glad we threw him out there because he really kept us in the game. He’s definitely earned the opportunity to throw more innings.”

Rallying in the later portion of the game, the Eagles scored two runs in the sixth inning before erupting for four runs in the seventh inning to seal the victory.

Matt Felsenfeld started their seventh-inning rally in style with a bunt, before Chafton Temple, Brian Miller and Jonathan Neal all drove in runs.

“These kids rally around one another and after Matt laid down that bunt, the team really responded with a positive attitude,” Lee said. “Him reaching base to open the inning was really key for us and gave the team a lot of belief that we can close this thing out.”

Playing lights out at the plate, Temple batted 4 for 4 with an run batted in and two doubles. Miller batted 2 for 3 with an RBI.

In game one against the Gators, Miller picked up the win on the mound, allowing three hits with seven strikeouts. Temple finished 1 for 2 with a pair of RBIs.

Defeating Shadow Ridge 2-1 in game one and 6-4 in game two, the Eagles continue to build momentum against tougher 4A opponents.

“There’s no fear in these boys,” Lee said. “They don’t care who is on the schedule, they just go out there and play ball. We have a confident group that believes in their ability to get the job done.”

Jumping out to an early 5-2 lead in game two, Deavin Lopez batted 5 for 5 with an RBI against the Mustangs, while Felsenfeld batted 2 for 4 with a double. Blaze Trumble batted 1 for 5 with a double and a pair of RBIs.

Facing a busy schedule this week, the Eagles will host Faith Lutheran on Friday, June 28, and Pahrump Valley on Saturday, June 29, before traveling to Eldorado on Monday, July 1.