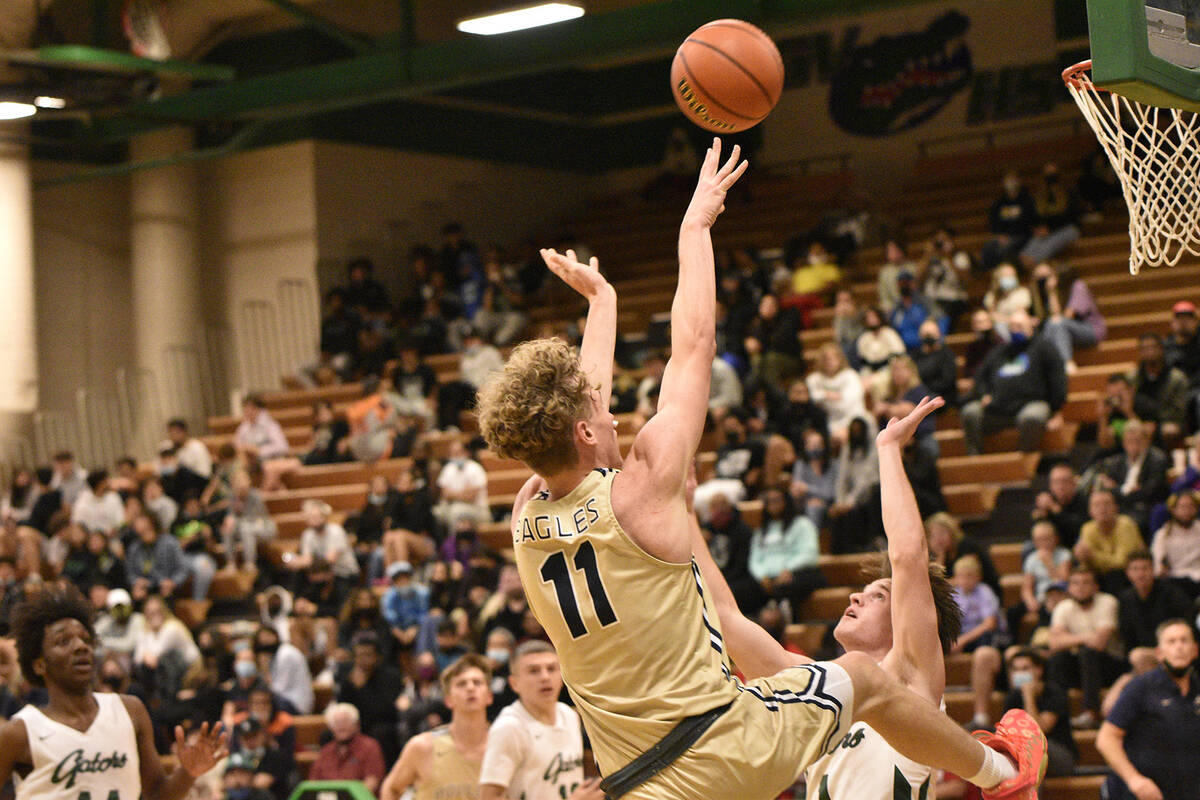 Finishing with a 3-1 record in the invitational, the Eagles won all three contests by double digits, including a pair of lopsided victories, before running out of gas against SLAM Academy on Saturday, Dec. 4, in a 48-39 loss.

“I thought we played very well,” said head coach John Balistere. “We were very active on the defensive end and played with a lot of effort. We were able to pick up a couple of nice wins, before running out of gas on Saturday. I’m happy with how we played in the tournament.”

Defeating Pyramid Lake 67-26 and Lake Mead 61-48 on Dec. 2, the Eagles got off to a hot start behind strong defense and great transition offense, forcing 36 steals on one night of the invitational.

“Obviously we’re led by our senior class and we expect great things from them,” Balistere said. “Gavin, Martin and Hayden have all done a really good job for us so far. We also expect a lot out of our juniors. This is a talented team and we have a lot of guys who can contribute.”

Against SLAM, Pendleton scored 10 points, while Douglas and Sullivan scored 10 and 9 points, respectively.

Wrapping up the preseason Monday, Dec. 6, against 4A Del Sol, the Eagles picked up a huge 69-52 road victory to give them confidence before they head into their league schedule.

Heading into the heart of their 3A schedule, the Eagles will travel to Somerset Academy Sky Pointe on Friday, Dec. 10.