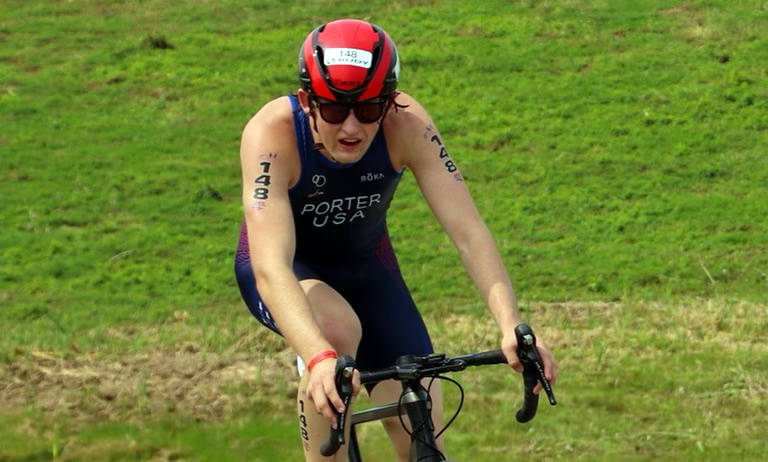 (Erica Schulz) Ethan Porter of Boulder City tries to make up some time after the swim portion of the 2021 Zone3 Junior Nationals at Voice of America Park in West Chester, Ohio, on Sunday, Aug. 1. He finished 27th. 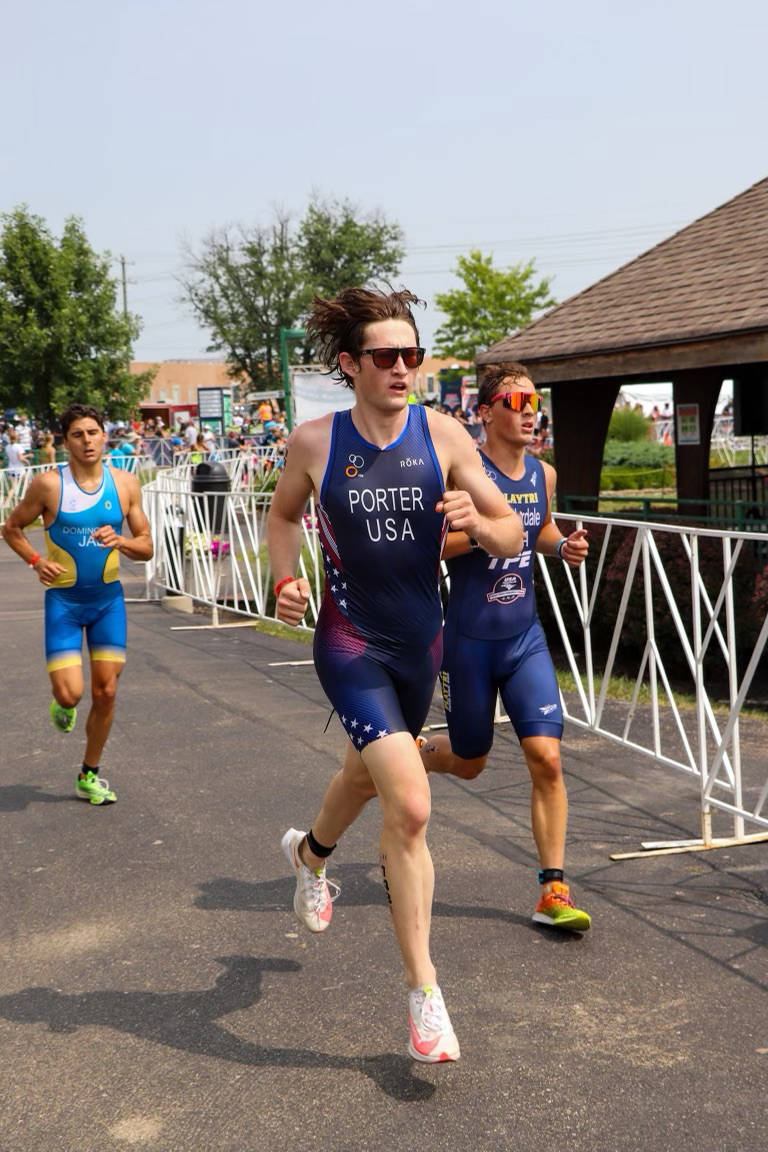 (Erica Schulz) Ethan Porter of Boulder City leads a group of participants in the 2021 Zone3 Junior Nationals at Voice of America Park in West Chester, Ohio, on Sunday, Aug. 1. He finished 27th.

Ethan Porter, a 2021 Boulder City High School graduate, finished 27th in the 2021 Zone3 Junior Nationals at Voice of America Park in West Chester, Ohio, on Sunday, Aug. 1, competing in his final youth triathlon before heading off to Utah State University in Logan.

Porter, who’s become a seasoned veteran, finished his fifth youth triathlon with a total time of 1:00:51.

“My race went really well,” Porter said. “It might not have been the placement I wanted but it was definitely a really fast field out there. The competition in this race has gone up a lot these past couple of years. I’m happy with my personal performance, because it was a personal record for me on this course and one of my best times.”

Starting the race with a 750-meter swim, Porter finished with a time of 10:11 in the event, citing log jams at times in the water, making it difficult.

“I did my best in the bike event this time,” Porter said. “The bike pack that I was in was about 30 guys. This is the biggest pack I have ever been in. It was super fun to ride with all of those guys in the huge pack. In the end it was definitely a good ride for me because I was able to stay up with everyone and have fun doing it.”

Reflecting on his time as a youth triathlete, Porter said he is unsure at the moment if he’ll compete in college-age events. Porter said he was thankful for everything the sports have done for him throughout the past six years.

“Looking back over the years that I have been racing these youth and junior races I have learned a lot and pushed myself farther than I would have ever thought I could have gone,” he said. “It has changed me into who I am and taught me mental skills that are very important in racing and in life. If you were to ask me to do one thing different, I would tell you I would do it all the same because it has taught me so much.”