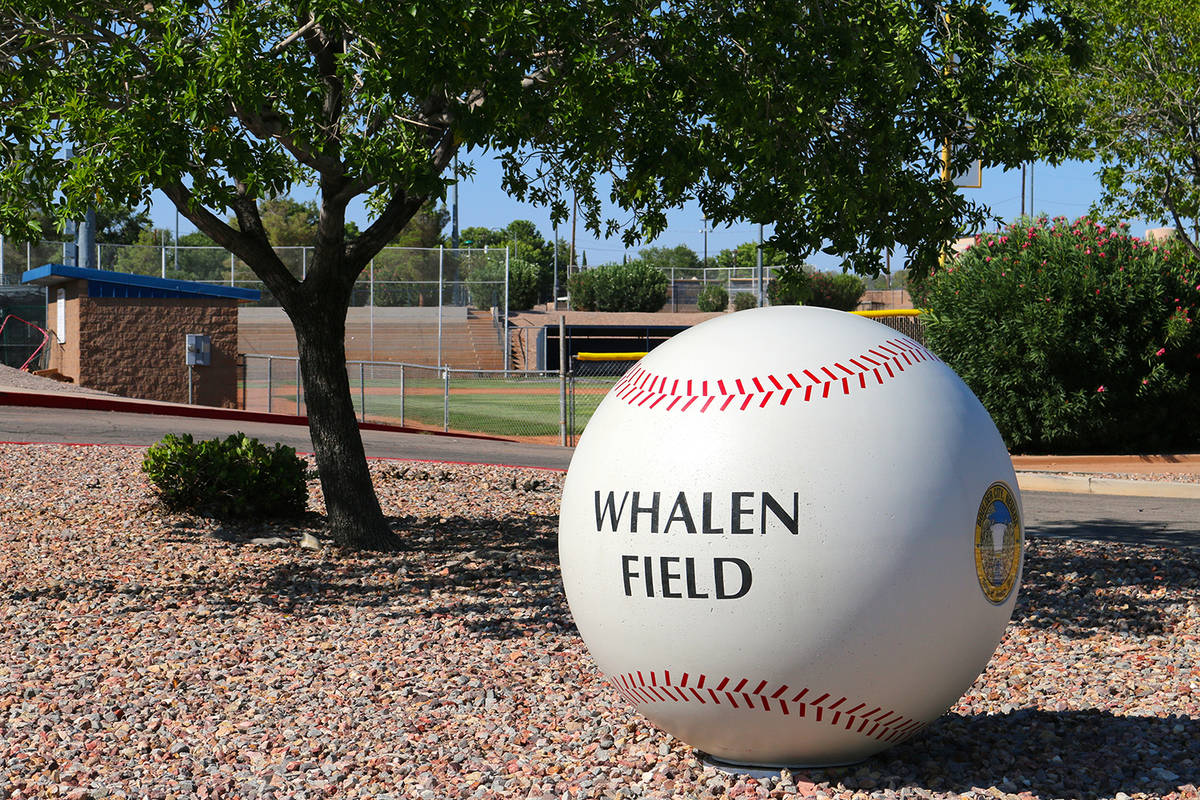 Members of the Southern Nevada Eagles 18u baseball team are eager to resume playing on their home field after restrictions on youth and adult sports due to the COVID-19 pandemic have been eased by Gov. Steve Sisolak.

Effective immediately, baseball, soccer and other noncontact sports can resume play, ending a near six-month drought. For members of Boulder City High School’s club baseball team, the Southern Nevada Eagles, that was music to their ears.

“I’m happy that these boys are getting the chance to be back out there and playing,” said Ed McCann, Boulder City High School’s baseball head coach. “We’re still in the early development of planning, making sure all these different guidelines are in place for safety, but I’m happy we’re at least having the conversation. We’re in better shape today than we were a month ago.”

The plan being put in motion is to participate in a 10-game fall league that will hopefully start in the beginning of November and run through December. It will be hosted by Vegas Valley Baseball, which holds annual tournaments regularly throughout the year for all age brackets.

A second wave of games coming in January, assuming playing conditions are safe to resume under COVID-19 guidelines, has also been discussed. It should get Nevada’s top baseball players ample time to get in shape before the high school season.

“Getting to play right now is going to be huge for these guys,” said Anthony Munoz, head coach for the Southern Nevada Eagles. “This core group of seniors that we have has been really hungry to get back out on the field and compete. They took third their sophomore year and, obviously, their season got canceled as juniors.

“We’ve been working out together as much as we can, following social distancing and taking precautions. We’re excited to all be back out there again as a team.”

Senior Troy Connell, who was part of that third-place team, said he is very eager to get back out on the field, and is grateful a plan is being constructed and that restrictions on youth athletics have been eased for baseball.

“I’m extremely eager to get back out on the field,” Connell said. “Jumping from field to field trying to find a place to practice has been a huge pain. I’m glad we will finally be able to be back on our field. Although 10 games may not seem like a lot, I’m grateful for any games we get in as the future is uncertain.”

Competing in the 18u bracket, Southern Nevada Eagles will begin practice in mid-October, with the hopes of continuing their success from this past summer in Utah.

Having to travel out of state to get live baseball action, the Eagles won a pair of tournaments while competing in the Rocky Mountain School of Baseball league. For now at the bare minimum, they’re just happy to be playing games in their home state again.

“As fun as traveling for baseball was, I am excited to be back in Nevada,” Connell said. “Nothing can compare to playing on our home field.”

The team is eager to get back on Whalen Field, one of the home sites for the Vegas Valley Baseball season, having played their last game there March 9.

“I’m excited to be back on my home field and play ball as many times as I can before our shortened senior year is over,” said Blaze Trumble. “I never realized how much we all take playing there for granted.”

Citing a future scenario, shortened seasons for all high school athletics are still on the table even with the COVID-19 restrictions being eased for athletics, though guidelines for social distancing, sanitization and capacity limitations on spectators at sporting events must be followed.

Sisolak has deferred to the Nevada Interscholastic Athletic Association giving it the final say on future decisions.

With a plan currently in place to have all competitions played in the spring, NIAA Assistant Director Donnie Nelson released a statement after the governor’s news conference saying NIAA staff, board of control members and school district superintendents did not intend to react or comment further at this time.

“It is imperative that members of the NIAA’s various leadership groups have time to analyze, evaluate and discuss this directive — within each group and/or as a collective whole — before issuing any statement(s) of direction going forward,” the statement read.

Hoping for a decision on extended seasons and high school athletics being allowed to return sooner, McCann at least acknowledged that the governor’s recent announcement was most certainly a win for all as life hopefully gets back to the normal we once knew.

“I’m glad the announcement was made,” he said. “I feel this is a step in the right direction toward promoting good mental health for our young athletes who are dying to be back out there. This is going to allow the kids to actually be able to engage instead of sitting behind a screen like they’ve been. I’m excited to watch them just be kids again and play the game they love.”