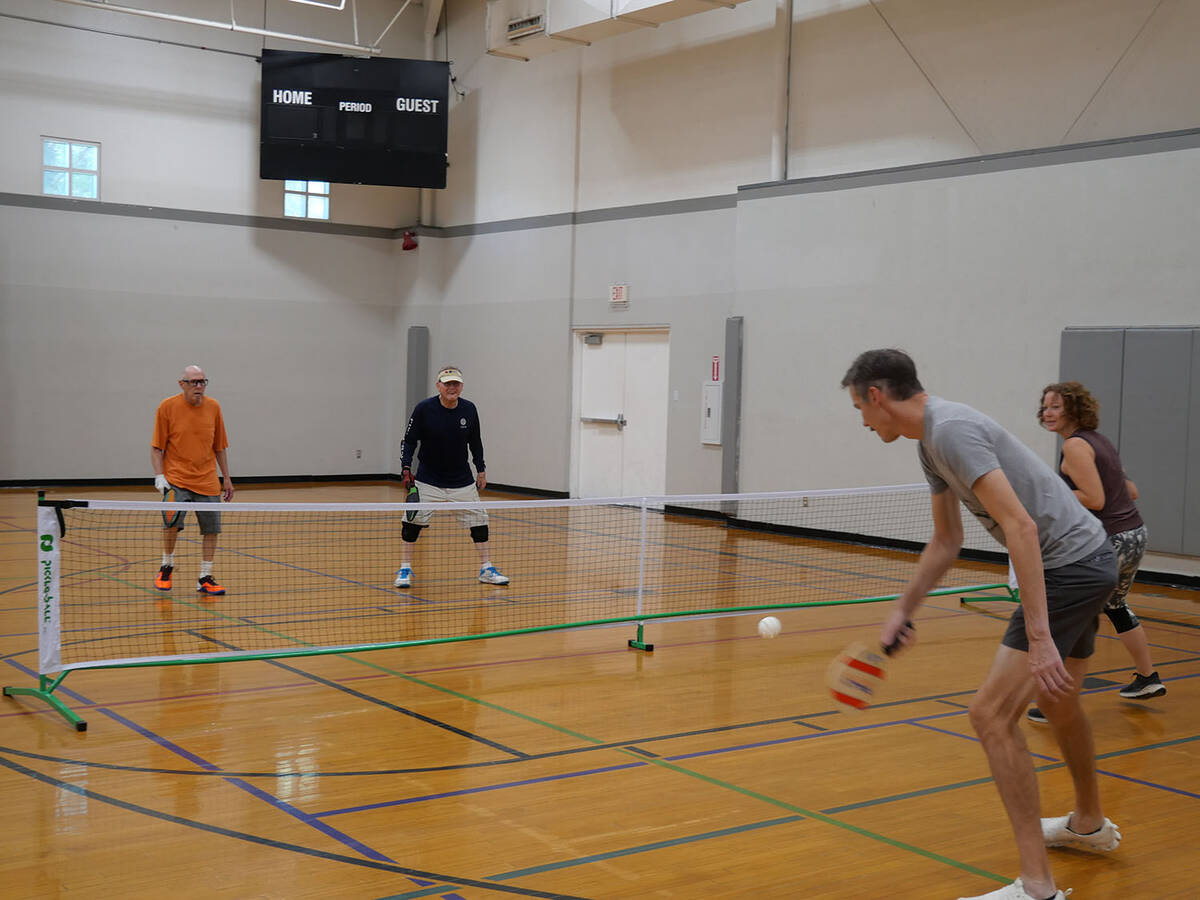 “Pickleball is a growing sport in the nation, and it was definitely a top priority to have courts from all of the public feedback we received,” said City Manager Taylor Tedder.

Currently, Boulder City has space for 13 pickleball courts with four indoors at the Parks and Recreation Center, one at ABC Park and eight outdoor courts at Broadbent Park. Parks and Recreation Department Director Roger Hall said he expects the money given by the city to fund four new courts.

“I’d be happy with two. That would be fantastic (to have more pickleball courts),” said Jackie Mole, a member of the city’s pickleball club.

Pickleball is a racket and paddle sport similar to tennis or racquetball, where two to four players hit a ball back and forth to score points. The sport has dramatically gained popularity since the pandemic.

“It’s just so addictive. There are some times when I am like, ‘ooh, I’m so sore,’ but you just can’t stop playing,” said Mole.

It’s certainly a strange name for a sport, but the story gets even better when you realize the activity was named after the founder of the sport’s dog, Pickles.

Pickleball is lenient on the body compared to other sports while offering a challenge.

“This is a lot easier on your body, and you can play a lot indoors without being exposed to the elements. But it’s still a really good exercise. I used to walk every morning; now I don’t need to,” said Louis Lesh, who has been playing the sport for five months now.

Pickleball is offered to Boulder City residents and their guests in the recreation center’s gymnasium from 8 a.m. to noon Monday through Friday and 9 a.m. to noon 1 p.m. Saturday unless there is a special event. Players must bring their own equipment.

The Boulder City Pickleball Club is sponsored by the Boulder Dam Credit Union, which pays for air conditioning and lights at the gym.

Those wishing to play on the outdoor courts at Broadbent Park must call the recreation department to get a code to unlock the net, which is attached to the fence.

The additional courts provided by the city will likely help increase the popularity of pickleball in Boulder City and in Southern Nevada even more.