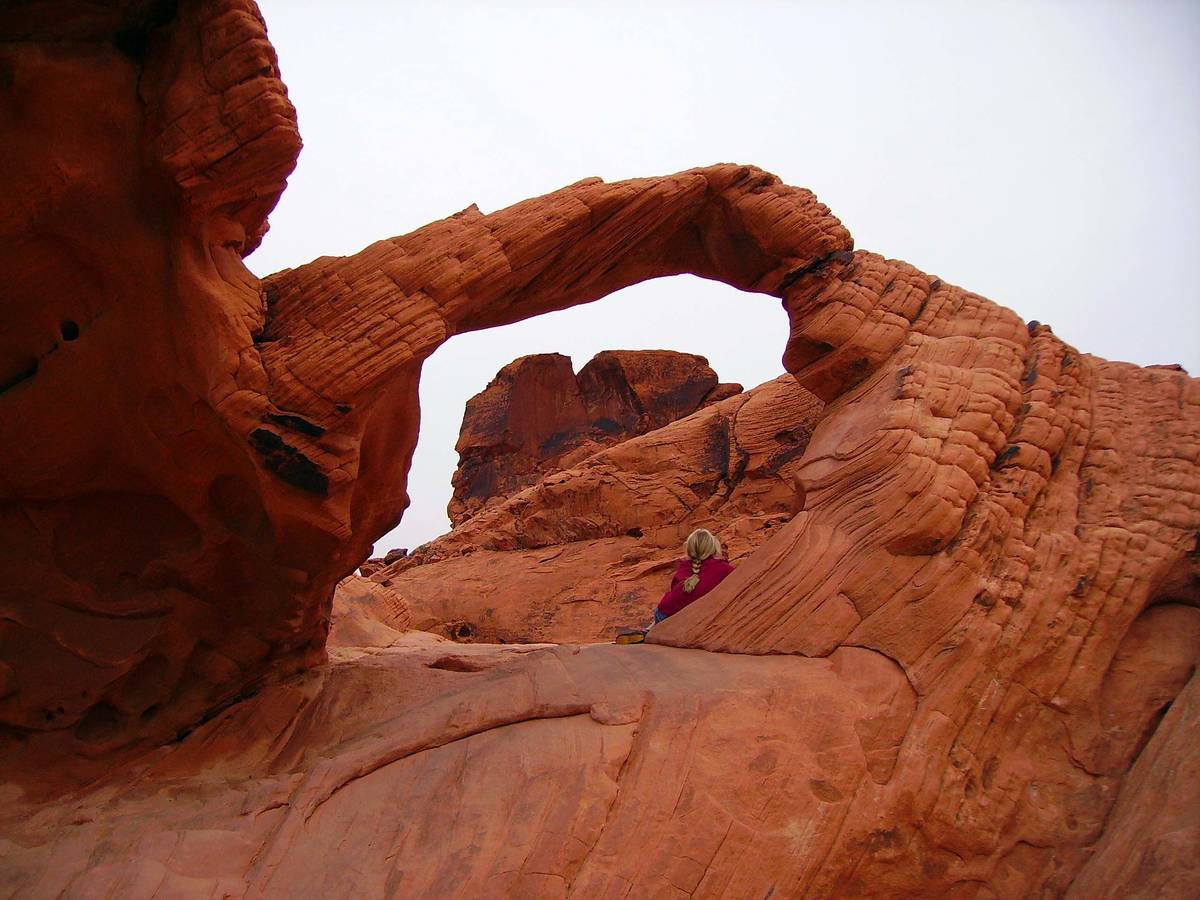 (Deborah Wall) Natural arches, holes, windows and other sandstone formations can be found throughout Valley of Fire State Park. 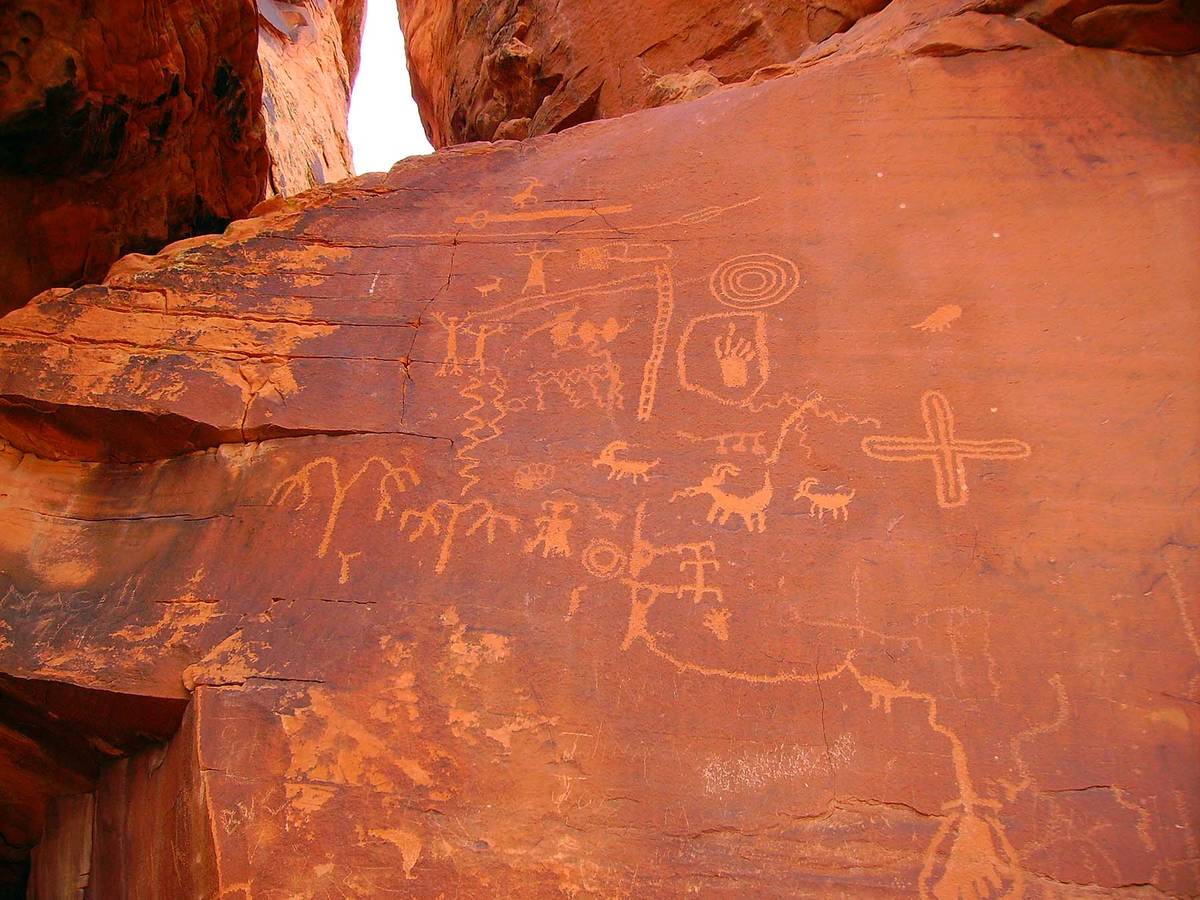 (Deborah Wall) Petroglyphs like these found at Atlatl Rock can be seen throughout Valley of Fire State Park in Nevada. 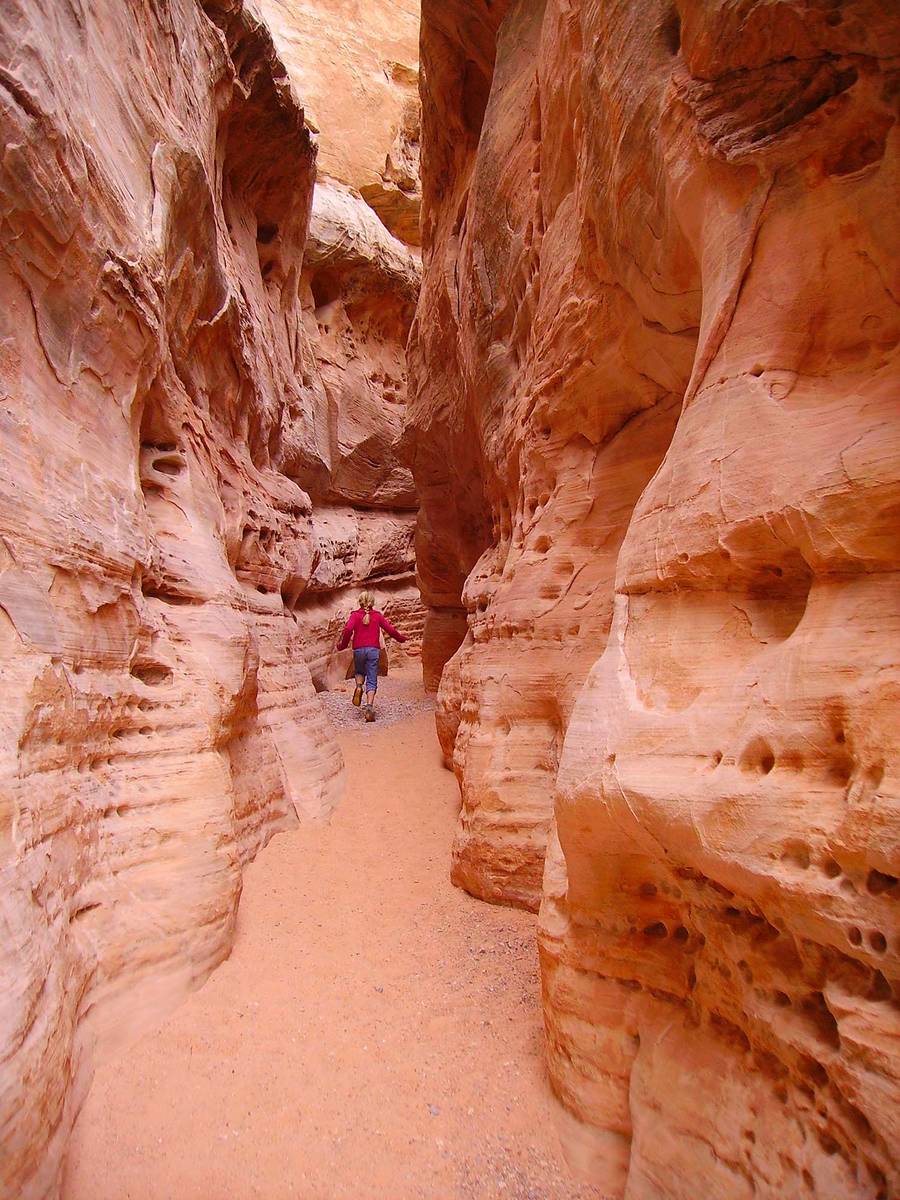 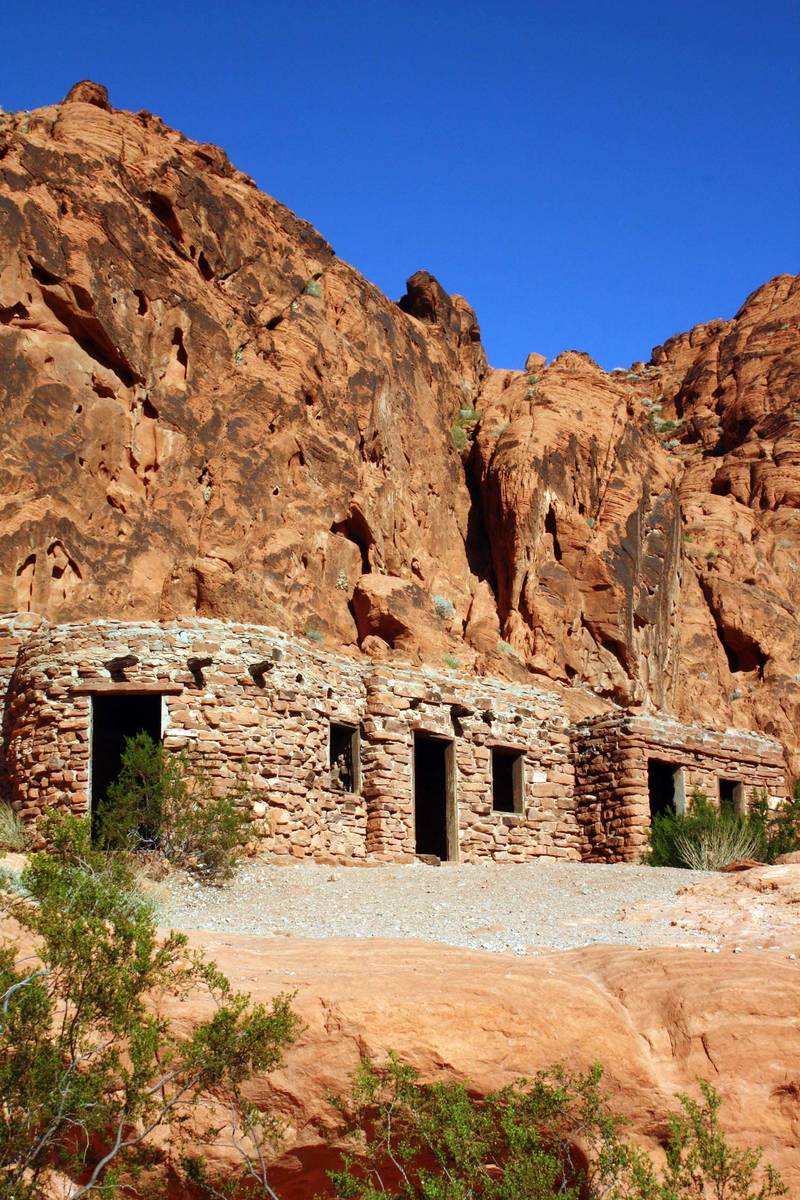 (Deborah Wall) The Civilian Conservation Corps built these sandstone cabins in 1934 at Valley of Fire State Park. Though no longer used for lodging, they are open for visitors to explore.

Just about a one-hour drive from Boulder City, the park not only displays some of the best scenery in the state but also boasts excellent hiking trails, archaeological sites and geologic wonders such as natural sandstone arches, holes, windows and other fantastic formations.

The area is rich in American Indian history with human existence dating back to 300 B.C. and the Basket Maker people. They were followed by the early Pueblo culture. Paiutes were living in this area when Mormon pioneers came along and started the settlement of St. Thomas in 1865.

In the 1830s, pack trains passed this way on the Old Spanish Trail, and Utah pioneers later used the same route as a wagon road to the West Coast. About the time of World War I civic leaders modified the route as the first year-round auto route connecting Salt Lake City to Los Angeles. This road was called the Arrowhead Trail, and parts are still visible in the park.

It is said that a long-ago traveler was passing through here at sunset and thought the sandstone looked like fire, hence the name.

During the 1920s, 8,500 acres of federal public domain here were given to the state; those would later become Valley of Fire State Park. The park now encompasses more than 40,000 acres.

In 1934, prior to the park’s opening, the Civilian Conservation Corps built facilities and campgrounds. While already open for business, the park was legally established in 1935. One fine example of the CCC’s work in the park can be found at the Cabins, built from native sandstone to house travelers. While they are no longer in use as lodging, they are still in fairly good shape and you can look around this piece of history.

Directly behind the cabins are some very nice petroglyph panels worth seeing. In the parking area you will find covered picnic tables, a great place to have lunch. Other picnic areas in the park are at Atlatl Rock, Seven Sister and near White Domes and Mouse’s Tank trailheads.

There are plenty of hiking trails in the park, many ideal for most ages and abilities. One of the most popular is to Mouse’s Tank, located about one mile north of the visitor center along White Domes Loop Road. This 0.6 mile round-trip outing brings you into a small sandstone canyon filled with colorful rock formations, petroglyph panels and to a natural tank or tinaja, named for a Paiute who became a fugitive in the 1890s. Mouse eluded the law for an extended period of time because this then-remote canyon offered him a critical survival necessity: a supply of water, besides a great hiding place. It is said a posse eventually caught up to him and he was killed in 1897. The tank is about 8 feet deep and depending on the weather, could be dry or contain water.

About 4.4 miles down the road from Mouse’s Tank trailhead you will find the entrance to White Dome Loop, a fine 1¼-mile trek that takes you over diverse terrain. It starts off quite sandy but the terrain firms up and the walking becomes easier. Along the way you will find some remains of a movie set from 1965 when they filmed “The Professionals,” which starred Burt Lancaster, Lee Marvin and Jack Palance.

The park’s unique landscape has been used in other movies as well including “The Electric Horsemen,” “Star Trek: Generations” and “The Good Son.”

Continuing on, you will travel through a narrow slot canyon then the landscape flattens and you loop around back to the parking area.

Vegetation in the park consists mainly of creosote bush, burro bush and brittlebush intermixed with cactus such as beavertail and cholla. Wildlife in the park includes coyotes, kit foxes, jackrabbits, desert tortoises and many varieties of snakes and lizards. Common birds include ravens, house finches and roadrunners. This time of year you might even see red-tailed or rough-legged hawks and golden or bald eagles soaring above.

The park is open for day use from sunrise to sunset, with 24-hour access to campgrounds, at $10 per vehicle. The visitor center is open 9 a.m. to 4 p.m. daily, but always call ahead or check its website before you set out because of changing protocols due to COVID-19.