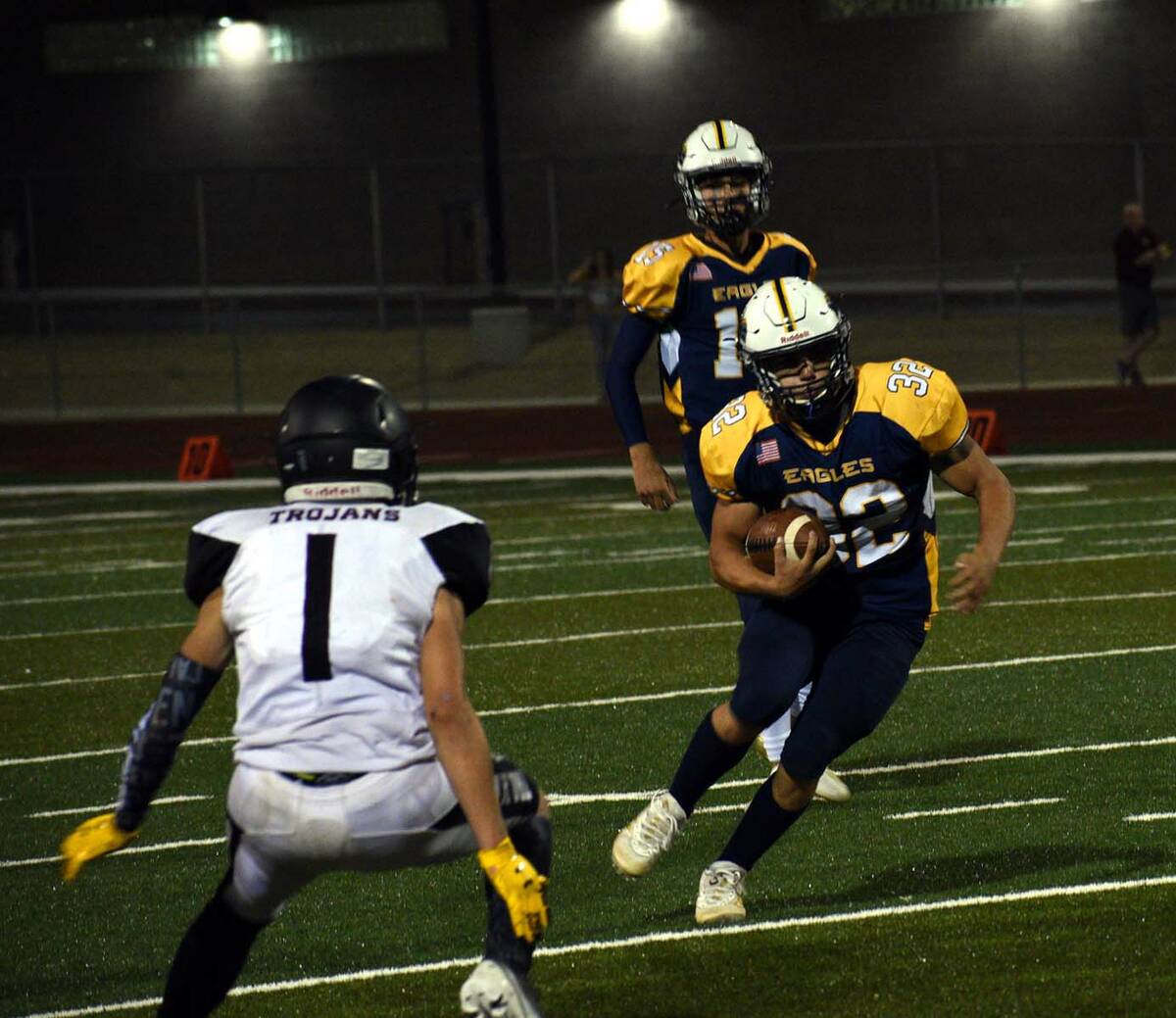 “It feels really good to get a win,” head coach Chris Morelli said. “We had a rough stretch of games, our last three. We did what we needed to tonight on both sides of the ball.”

Using a balanced offensive approach, the Eagles scored three rushing touchdowns, while throwing through the air to defeat the Trojans, in a game coach Morelli called an improvement for the offense.

“We knew our offensive line was going to be able to set the tone and they did just that,” Morelli said. “We were able to move the ball very effectively when we wanted to.”

On the ground, junior Hunter Moore rushed for 148 yards and a touchdown on 32 carries, while senior Martin Thompson added a dynamic punch to the running game with 64 yards and two touchdowns on five carries.

“We got exactly what we expected out of our backs,” Morelli said. “Hunter (Moore) wore their defense down and Martin (Thompson) came in and made a few big plays. All the credit goes to our offensive line, who was doing a great job all night.”

Doing his part through the air, sophomore quarterback Jacob Bryant managed the game well, completing 4 of 6 passes for 96 yards, connecting with sophomore Brady Sorenson for a touchdown.

Sorenson caught three passes for 78 yards, including a long, on 41.

“He’s improving each week,” Morelli said. “He’s doing a good job of doing what we’re asking of him. He’s still young, so he’s learning, but we’ve seen really good things from him.”

The Eagles head to Eldorado on Friday, Oct. 1, looking to build a winning streak.