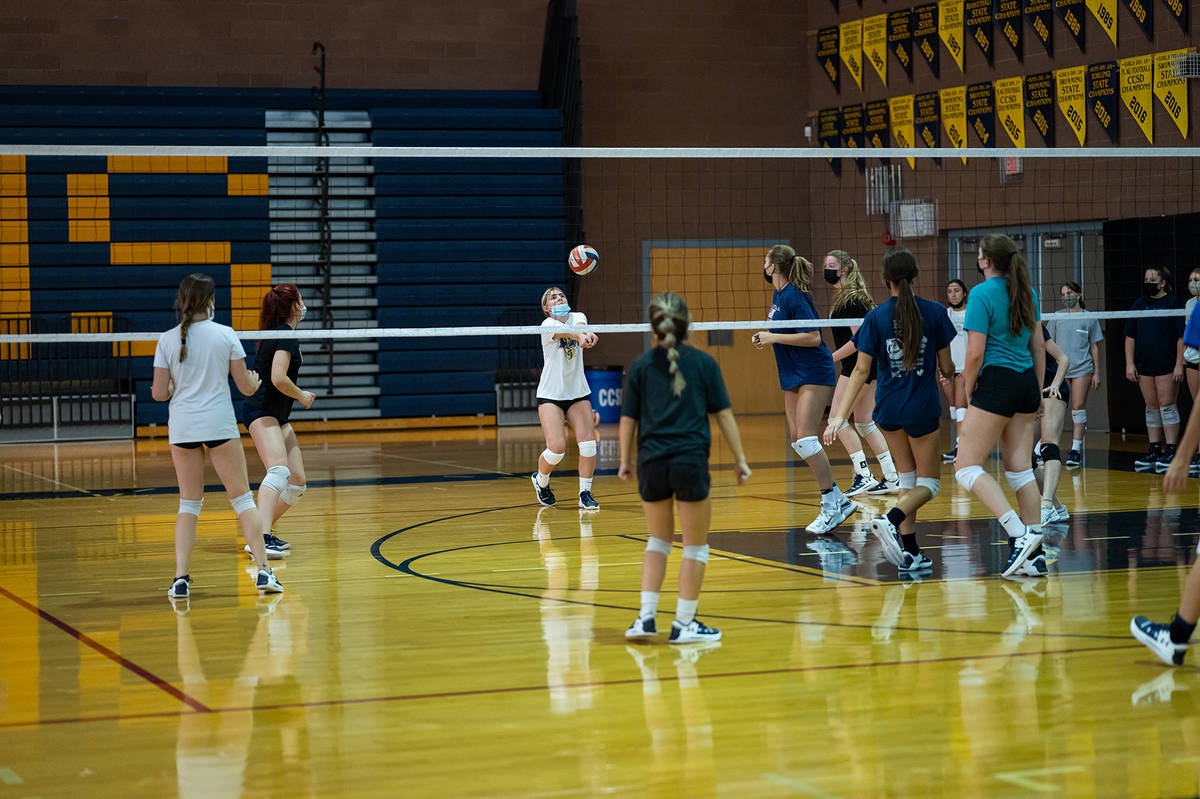 “We played pretty good this weekend,” head coach Chad Robinson said. “We don’t have a lot of players that have played together, so we’re still trying to find our way as a cohesive unit, but we did a lot of good things. We could have won a couple more matches had some things gone differently for us and we caught a break here or there. Mostly I’m proud that we competed hard.”

Playing several 4A and out-of-state opponents, this year’s team is entirely new with only one starter from the Lady Eagles 2019 3A state championship team returning, but it has proven that it’s full of talent, picking up 2-0 victories over Valley, Liberty, Las Vegas and Virgin Valley.

Playing tough throughout the entire tournament, the Lady Eagles held their own against Cedar (Utah) falling 2-1, by just two points in the third and final set.

“This team has a lot of potential,” Robinson said. “Our older girls are really missing experience due to losing out on playing time with COVID, but we do have a younger core that has been playing club ball and that should help us find some balance. I believe this team can compare to our last team that won state. Right now we’re not quite there, but I think we’re pretty good.”

Getting the most out of his young core in week one, sophomores Megan Uszynski (32 kills and 16 digs) and Addison Doane (27 kills and four blocks) showed promise in their varsity debuts, along with freshman Sydnee Freeman (32 kills and 22 digs).

“Defense is going to be very important for us this year,” Robinson said. “Unfortunately, we don’t have the size advantage like we did in years past, so blocking is going to be at a premium this year. With that said, we’re going to have to play really fast and scrappy and do whatever we can to keep the ball from hitting the floor. The team knows that’s going to be a big focus for us because a good defense helps generate offense.”

Knowing the past success of the program, Robinson said he expects the Lady Eagles to once again be competitive, hoping to build upon their three consecutive state championship runs.

“We talk about our winning tradition all the time,” Robinson said. “We point to our banners in the gym, we tell the girls what they have to live up to. This is a part of our culture and the standard that has been laid and we want to try to meet that every year. I don’t know if the girls feel pressured by it, but we definitely expect to compete. That’s part of our expectations.”

Off until Sept. 9, they will host 4A Basic, looking to overcome a 2-0 loss in the Las Vegas Invitational.