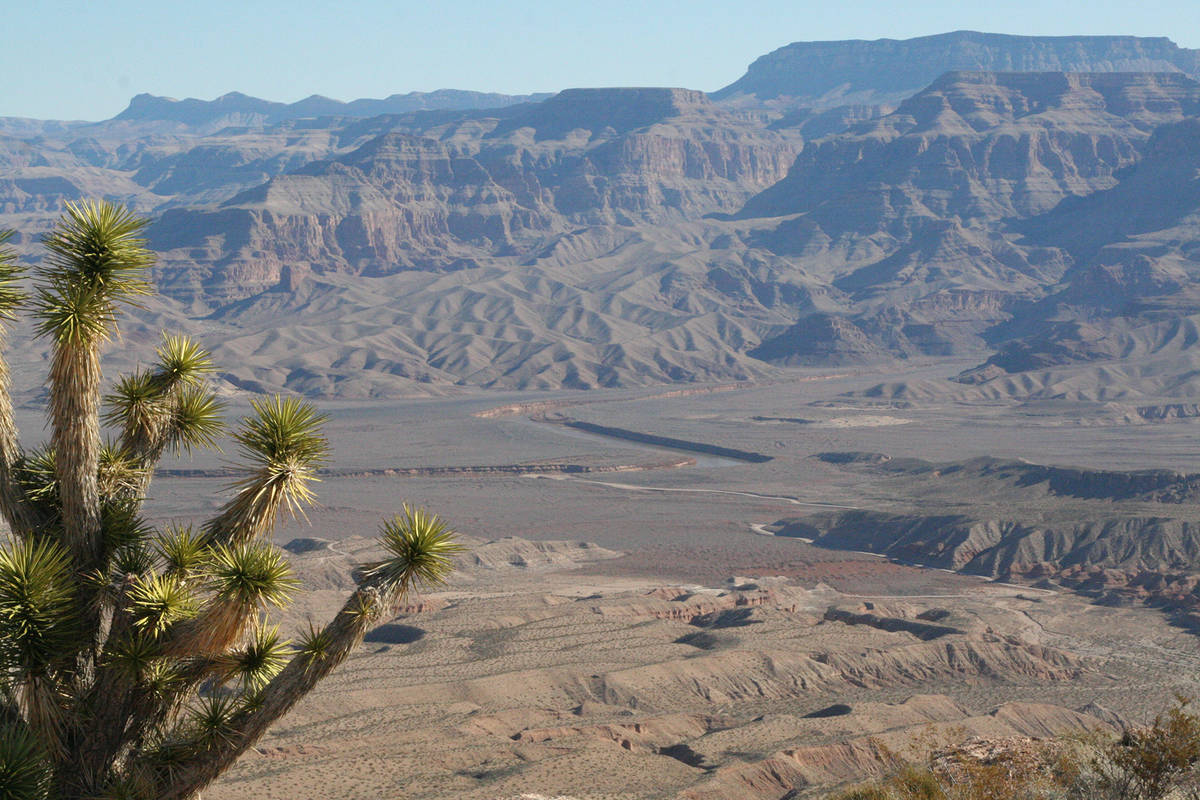 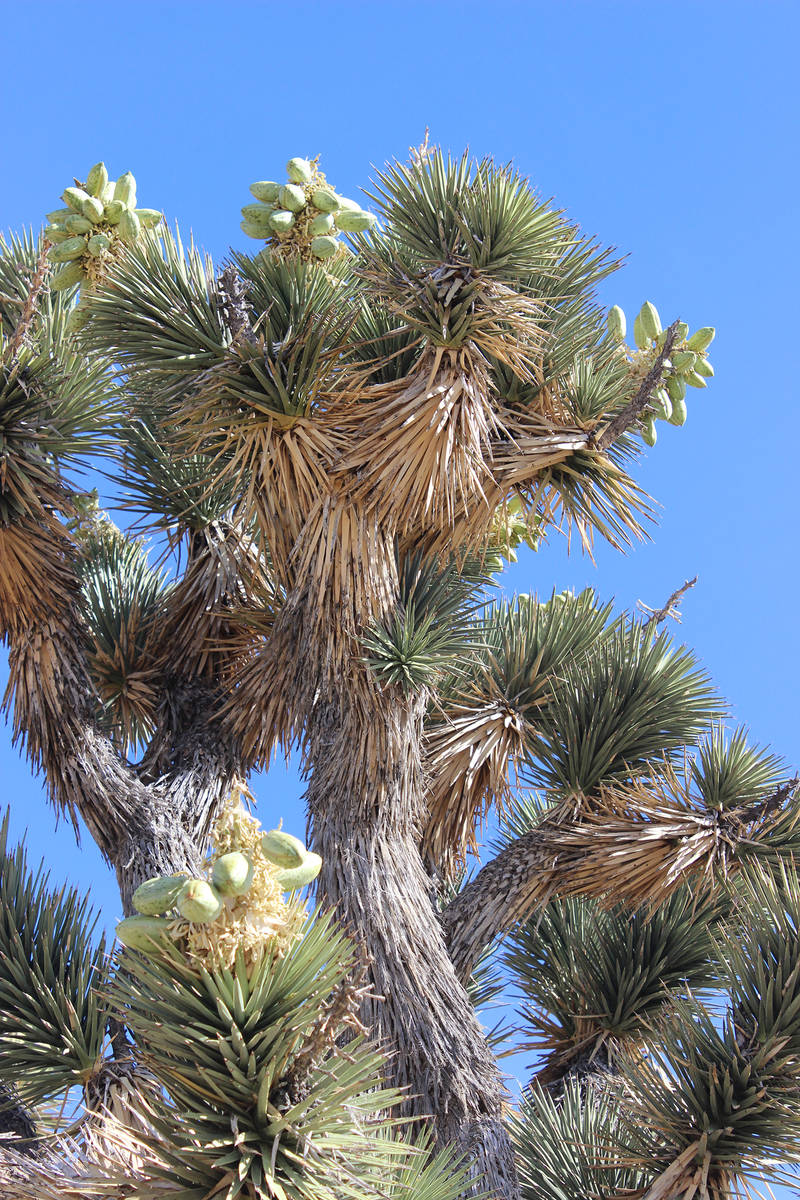 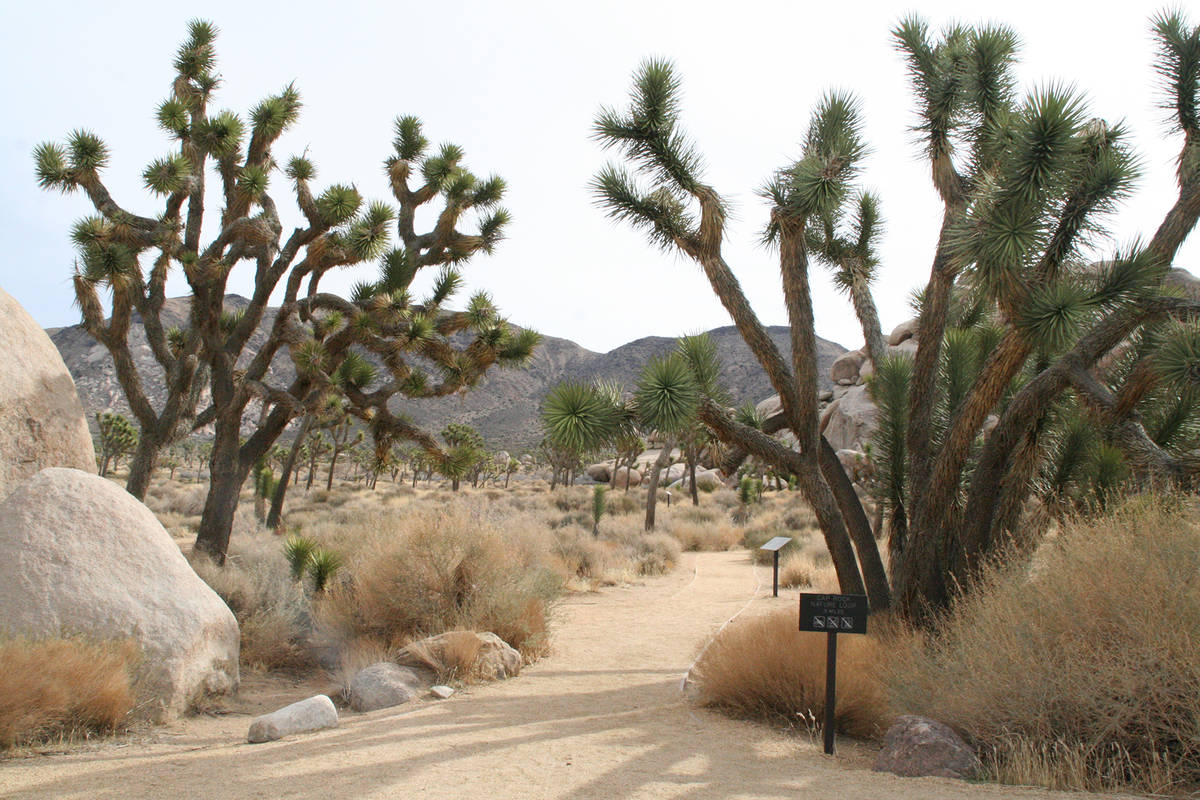 (Deborah Wall) The Cap Rock Nature Trail in Joshua Tree National Park, California, takes you past trees of all shapes, sizes and ages. 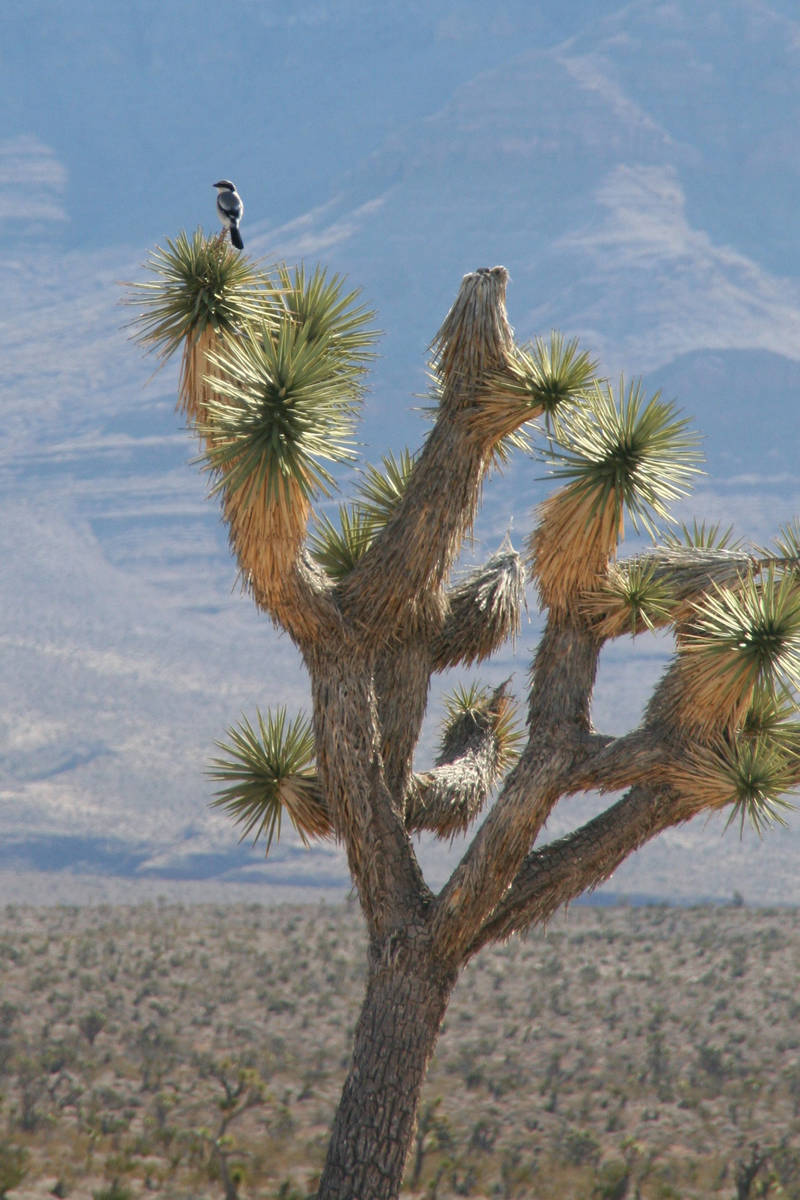 (Deborah Wall) A loggerhead shrike perches on a Joshua tree.

To outsiders, the Joshua tree might look nightmarish and threatening, with its daggerlike spines and odd, sometimes grotesque growth habit. But to most Mojave Desert dwellers it is strikingly beautiful. In the morning light, or under a full moon, the Joshua tree’s silhouette is the definition of drama. And because they grow almost nowhere else, to see one is to know we are home.

Within our desert, Joshuas grow naturally at an elevation of approximately 2,000-3,000 feet, preferring sandy, dry soils on slopes, mesas and rolling hills.

Joshua trees, Yucca brevifolia, are members of the agave family. Up until recently, they were considered large members of the lily family, but DNA studies led to dividing that extensive family into 40 distinct ones. The Joshua is the largest of the yuccas, and mature ones range from about 15-40 feet tall.

Joshuas only grow from about ½ inch to 3 inches per year. They are said to typically live about 150 years but some are thought to be as old as 500 years. Their age is not easy to verify since there are no growth rings as there are in a pine tree.

In spring, the tree comes into bloom, bearing large bell-shaped cream-colored flowers in bunches 12-18 inches in diameter. Joshua trees have a symbiotic relationship with the yucca moth (Tegeticula yuccasella), also referred to as the pronuba moth, for pollination. The female moth lays her eggs on the flower’s ovaries, and when the larvae hatch they feed on the plant’s seeds. To start a new Joshua tree the germination of a seed needs the right amount of rain, at the right temperature. In some instances, the plant can also sprout from its roots or branches.

It is said that Mormon pioneers named the tree Joshua, after the Old Testament figure who led the children of Israel in the conquest of Canaan. It seemed to them the outstretched limbs were directing the Mormons forward into another promised land.

Great places to see thick stands of Joshuas are in the Mojave National Preserve and, of course, at Joshua Tree National Park, both in California. (The latter is closed temporarily.) Also, just west of Searchlight, Nevada, about 8.2 miles along Nevada Route 164, there is the Wee Thump Joshua Tree Wilderness area located on the right, with a nice thick band of them. Early mornings, at dawn, are the best time to stroll around but be aware wandering around, as one Joshua looks much like another when you’re trying to retrace your steps to your car.

While Joshuas are mostly seen in the Mojave Desert, plants ignore geographic boundaries, so a few are seen in the Sonoran Desert in western Arizona, where they might be growing alongside saguaros. They can sometimes be seen with pines in California’s San Bernardino Mountains.

The Joshua tree was useful to American Indians, who wove baskets and sandals from the strong leaves, and ate the flower buds and seeds raw and roasted. Miners used the trees to fuel their steam engines and homesteaders made fences with them.

Many types of mammals, reptiles, birds and insects depend on the Joshua tree for their habitat including the Scott’s oriole, which often builds its nests within its trunk and have been found from 3 feet up to 25 feet high.