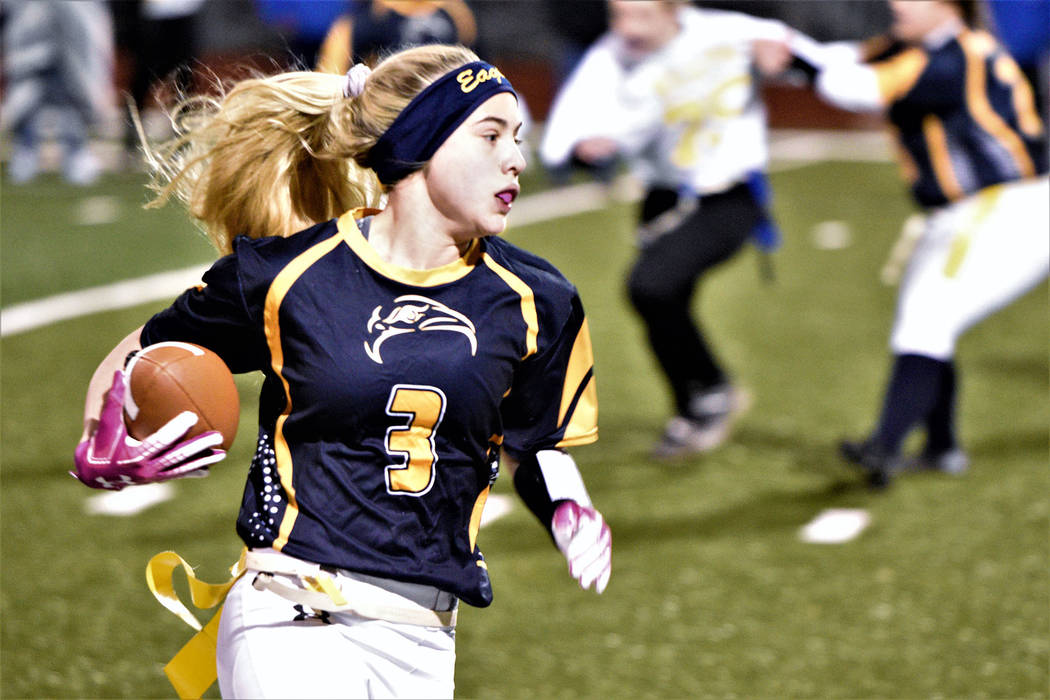 Losing in dramatic fashion after coming into the game unbeaten, the Lady Eagles fell to 5-1 on the season, but gained a silver lining.

“Honestly we’re disappointed that we lost, but this can be good for us,” head coach Kevin Ruth said. “The girls were really upset after the game, but there’s a lot we can gain from this. We can grow from this game.”

Battling back and forth with the Pirates, the Lady Eagles let the lead slip in the second half and were unable to regain control.

“We played really well to start the game and then came out flat in the second half,” Ruth said. “We can learn from this.

“We have to focus more on what we’re doing as a team and less on our opponent. Part of that is my fault. When we’re playing our game and relying on our strengths, we’re a tough team to beat. We’ll continue to do that.”

Featuring one of the state’s top rushing attacks, the Lady Eagles gained three touchdowns on the ground behind the legs of senior Emily Rinella. Carrying the load for the Lady Eagles with 15 carries, Rinella rushed for 92 yards and caught four passes for 60 yards.

“Running the ball is obviously our strength,” Ruth said. “We got away from that a bit in the second half, facing some tough third downs. It’s important for us to be balanced. Makaela did a great job in the first half throwing the ball and then she got rattled in the second half a bit. We all did. It’s important for us to bounce back from this loss.”

Hitting the road for their next pair of league contest, the Lady Eagles will look to rebound against SLAM Academy today, Jan. 9, followed by a road game at Del Sol on Monday, Jan. 13.