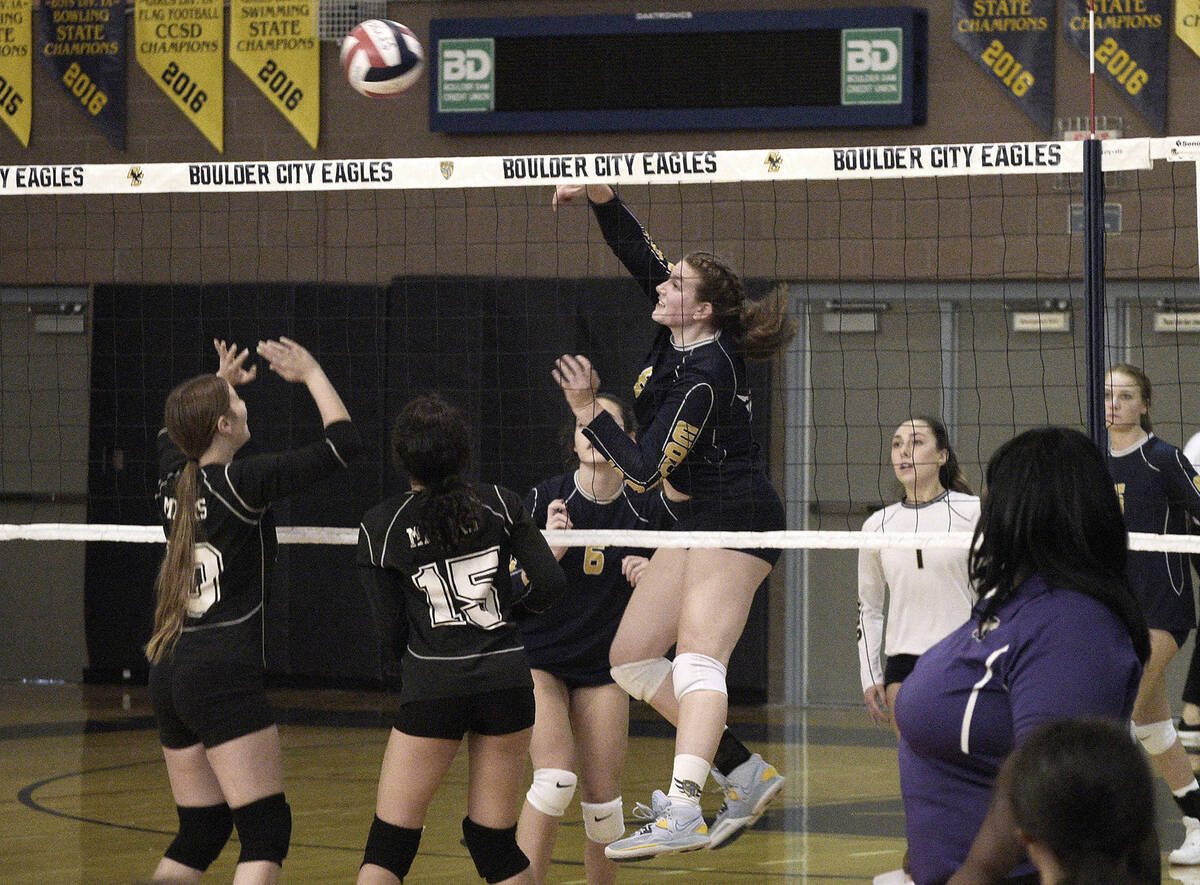 (Boulder City Review file photo) Senior Julianna Luebke, center, was recognized as regional and league most valuable player for helping lead the Lady Eagles to its fourth 3A state championship since 2017.

“I couldn’t be happier for Julianna,” said head coach Chad Robinson. “She was our senior captain this season and played a big role for us. She came into the season with goals and I’m glad she was able to accomplish them.”

A first-team selection for the region and league, Luebke led the Lady Eagles to their fourth 3A state championship since 2017, generating team highs in kills (337), serving aces (130) and blocks (82).

Joining Luebke on the first-team All-Southern Region team were juniors Addison Doane and Jordyn Woodard, along with sophomore Kira Delong.

A breakout star for the Lady Eagles, Doane generated 306 kills, 183 digs and 51 aces, while Woodard generated a team-high 364 digs as a defensive specialist.

Setting the tone for the Lady Eagles’ offense, Delong dished out 951 assists this season with 138 digs and 46 aces.

“We’re proud of all our girls,” Robinson said. “Winning a championship this year it took everyone coming together. We’re glad they were recognized.”