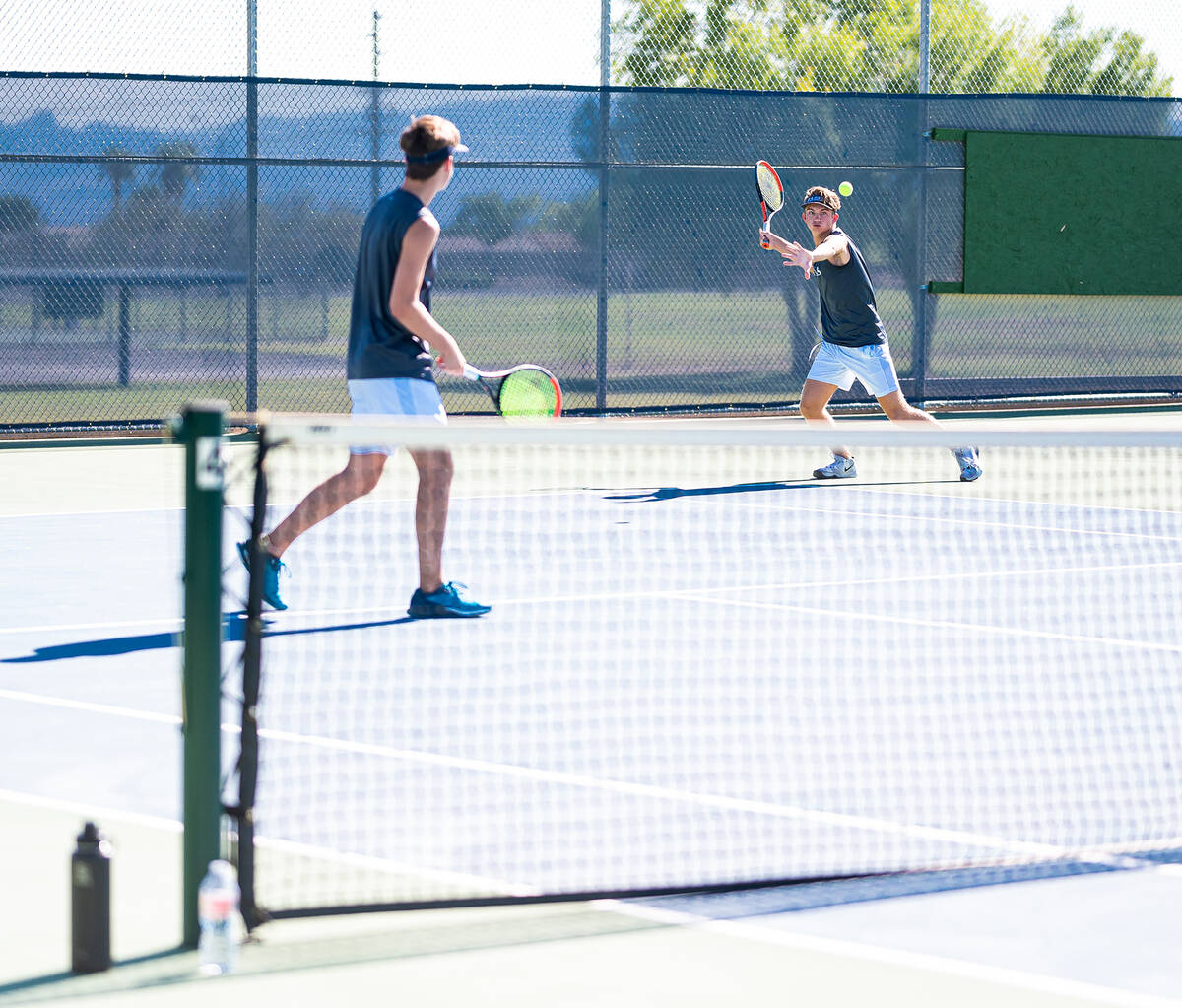 (Jamie Jane/Boulder City Review) Seniors Kannon, left, and Kenny Rose finished 2-1 against The Meadows on Sept. 2, 2021. Their lone loss came during a tiebreaker. 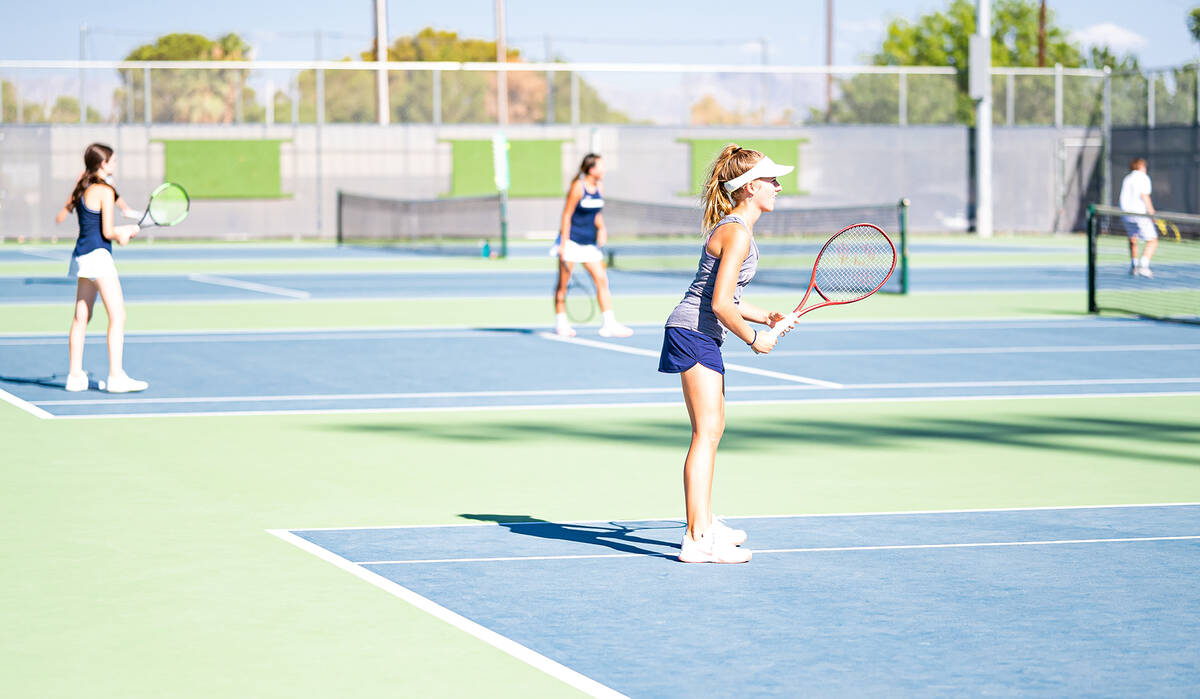 Dominating their way through the competition in years past, the 3A defending state champion Eagles will now head back to the drawing board with plenty of meaningful games left before a presumed rematch in the postseason.

“We knew coming in this was going to be a really tough match for us,” said boys head coach Rachelle Huxford. “The Meadows have always been a powerhouse and we expected to be tested. We had some good moments early, but couldn’t keep it going. It’s good that this loss happened early in the season because now we know what we need to work on for next time. There’s always good things you can take from a loss. Next time we hope to give them a better match.”

In doubles play, seniors Kenny and Kannon Rose were a bright spot for the Eagles, finishing 2-1 on the day, with their lone loss coming in a tiebreaker.

“We hung around with them for a while,” Huxford said. “We were 3-3 going into the second round and then lost a few tiebreakers. By the third round the boys were tired and things kind of fell apart. I think this was a good experience, because the boys now know where they are. We can’t make small errors when we play a team like this who plays year-round. They now know they have to be better to beat them.”

Against Cheyenne on Sept. 2, Pickett, Schafler and Pappas each went 1-0 for the boys, while the rest of the team won by forfeit due to lack of players for the Desert Shields.

The Lady Eagles suffered a similar fate against The Meadows, losing 16-2 to the powerhouse, with a lone shining standout: senior Reggi Gibbs. She proved she’s one of the 3A classification’s best, finishing 2-1 on the day against all three Meadows’ single players, who should be selected for the regional tournament.

“Reggi Gibbs came out against Meadows strong,” girls coach Jami Pappas said. “She won against their number two and number three players. I’m really proud of Reggi; she goes after it every game. She’s all about the individual and team win.”

Against Cheyenne, the Lady Eagles won by forfeit. Gibbs and sophomores Lillian Mikkelson and Emma Woods all finished 1-0 against the Desert Shields’ lone singles player.

Looking to rebound this week, the Eagles will hit the road for away games at 5A Liberty on Monday, Sept. 13, and 3A Western on Tuesday, Sept. 14.