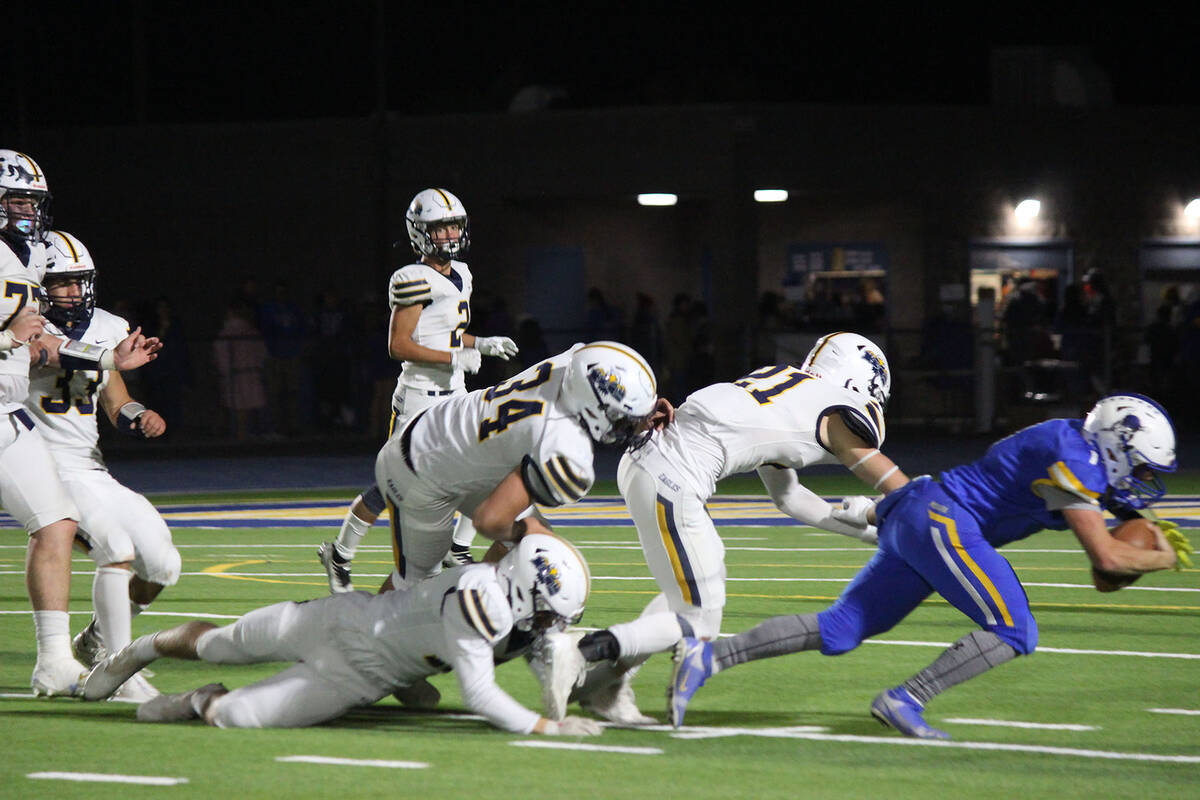 (Courtney Williams/Boulder City Review) Junior Brady Sorenson and senior Dylan Sullivan run after their opponents from Moapa Valley High School during the Eagles’ final game of the season Friday, Nov. 4. Boulder City High School lost its bid to advance to the state championship with an 8-7 loss to the Pirates.

Falling in the Southern Region semifinals, the Eagles held an early 7-0 lead, before surrendering a late touchdown and successful 2-point conversion by the Pirates in the third quarter.

“We played well,” head coach Chris Morelli said. “Penalties killed us at times. We knew we had to go in there and play a perfect game and there were a few calls that hurt us.”

Playing to the final whistle, the Eagles had an opportunity to seal the deal before a game-ending interception at the goal line with about 25 seconds remaining sunk their season.

“We knew the game was going to come down to the end,” Morelli said. “We had our shot at the end zone and unfortunately threw it away.”

Doing his best to keep the Eagles’ offense balanced, junior quarterback Jacob Bryant completed six of 12 passes for 49 yards, while rushing for 38 yards on 11 carries.

“The defense really played out of its mind,” Morelli said. “I couldn’t be prouder of the effort they gave.”

The Eagles finished their season with an 8-3 record.